The city plans to replace the trees with a different species as soon as possible. But neighbors say the history is what made them so valuable in the first place. 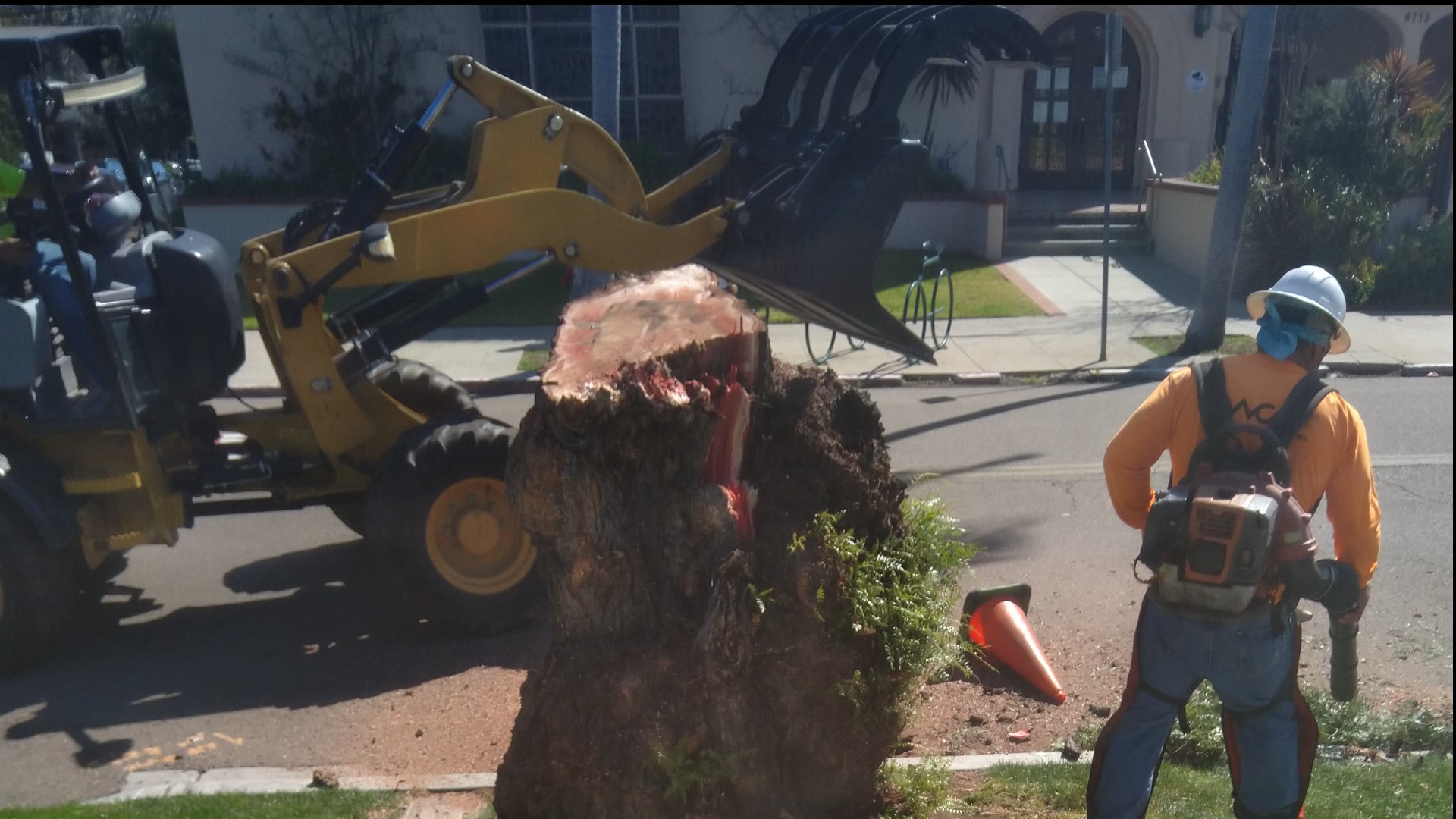 SAN DIEGO — At 10 a.m. Wednesday, long-time Kensington neighbor Harmon Huff got a call from his wife about some commotion on Marlborough Avenue. When he got there, the three pepper trees that he and a group of neighbors had been protecting for months, were in the process of being cut down.

“So I just stepped out in the middle of the street and I tried to block the truck, which I did,” said Huff. “There was a lot of, ‘Harmon get out of the way, you’re blocking traffic, you’re going to get arrested.’ And I was like, I’m not going to move.”

But the city moved Mr. Huff and brought down the trees anyway, ending a years-long struggle between residents and the city’s forestry department.

The city said in a statement to News 8:  "The three trees in question showed signs of significant defect and decay and were slated for removal due to public safety concerns."

They also expressed regret on having to cut these trees down but did not want to be held liable for any damage or injury that they may have caused.

In pictures taken by the city, there is indeed rot from the inside.

Additional controversy arose when a bird's nest was found in one of the trees, which might have made removing them illegal under California Law.

“I think the problems could have been dealt with in a better manner than just coming in with a chainsaw and cutting down the trees," said Huff.

Huff and other neighbors were also upset at the perceived lack of transparency from the city. The last three Community Forestry Advisory Board meetings, a place where neighbors could air their concerns, were canceled. But city officials said these trees have been on the chopping block since 2019 and their foresters did an in-depth evaluation and determined they needed to go.

But what’s done is done and the three one-hundred-year-old pepper trees are gone. The city plans to replace the trees with a different species as soon as possible. But neighbors like Huff say the history is what made them so valuable in the first place.