La Mesa Protest: Grandmother shot in the head with projectile

Woman was streaming protest video live on Facebook when she was shot in the forehead. 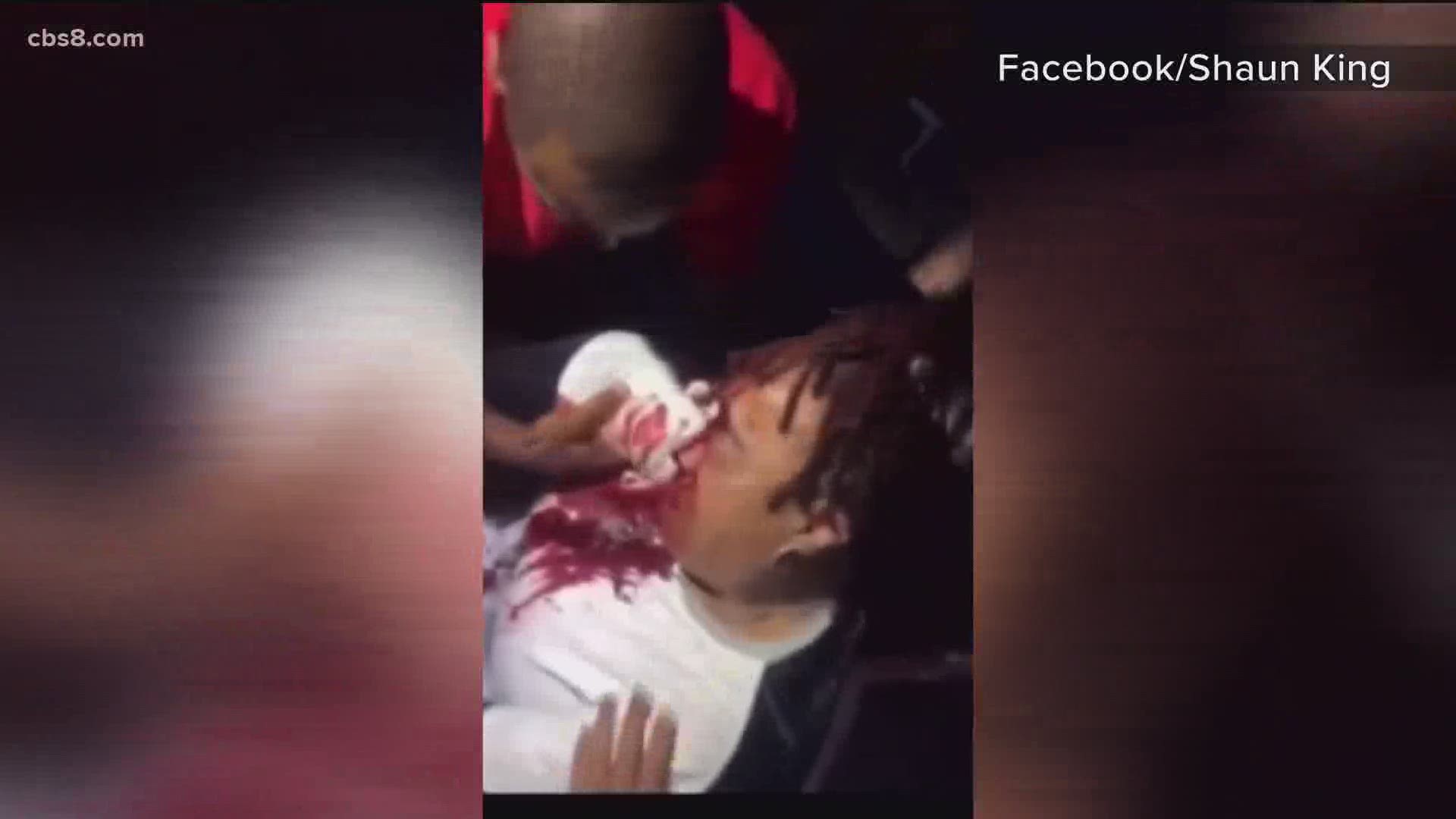 Fallout continues from the weekend protests in La Mesa.   A video of a woman getting shot with a rubber bullet or bean bag at the La Mesa Police station is going viral on Social Media.  The woman has been identified as Leslie Furcron, 59, of La Mesa, who was involved in a May 30 protest in the parking lot of the La Mesa Police Department.

News 8 spoke to the family of the woman who remains hospitalized in the ICU.

"Right now she's in a stable condition and dealing with the situation.  We're keeping our prayers out for her.  She's a very strong woman who's always been there for our family and always wanted other people to be happy.  So, right now we're hoping all the people out there can give that energy back and help her get well and also work toward justice," said the woman's son, Azim Furcron Sanders.

"When I first saw her it was kind of crazy to see my mom like that with a tube down her throat.  It kind of made me tear up for a second.  I was used to seeing her bright smile, or yelling at me or talking about something.  So, to see her like that really shocked me.  I was like, how could you do her like that?  I know black men have been involved in a lot of stuff but I couldn't believe they would actually shoot an innocent black, grandmother in her face with her hands up.  So, I was really hurt about it," said her son Ahmed Furcron.

"The police need to be held accountable.  There are consequences to these police actions that will bring harm and death to anybody anywhere, especially over and over again to black people.  There are consequences.  They can either hold their rogue officers accountable and provide us with the peace and justice that we have been pleading and begging for, or they will get some of the same of what they've been getting.  We will continue to fight.  We will continue to stand up.  We will continue to resist the state-sanctioned actions of murdering, and slaughtering and injuring severely our black women, our black men, our black children and any of our people of color," said Williamson.

The La Mesa Police Department did not respond to multiple email and telephone message requests for comment on Monday.  The San Diego County Sheriff's Department issued a statement to News 8 saying the incident, "did not involve a Sheriff's deputy" and advised News 8 to contact La Mesa police.

*****
Editor's note:  This report has been updated from its original posting.