Boat ramps and marinas have been forced to close due to the dry conditions. 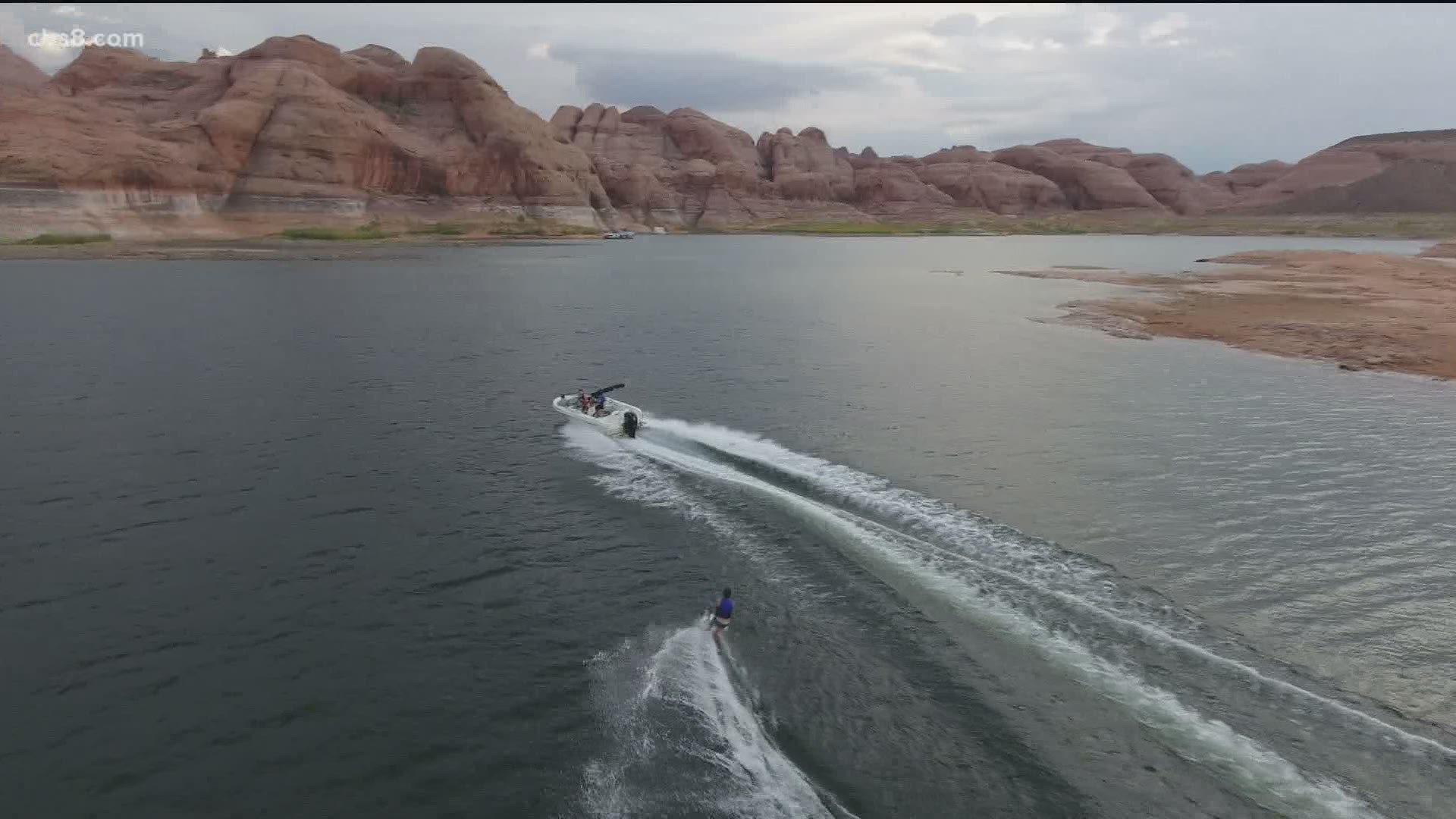 Lake Powell, a man-made reservoir on the Colorado River which stretches from Northern Arizona into Southern Utah, is a popular destination for San Diegans.

Visitors tell News 8, the water level this year is unlike anything they've ever seen.

"It's just beautiful, it's hard to describe," said Dough Woods.

The Rancho Bernardo resident, Woods has spent the past 15 years visiting Lake Powell every other summer.

He's scheduled to go back this coming August, and is gearing up for a very different experience.

"I think it will be a lot of fun this year because we'll have a whole new landscape," said Woods.

That new landscape is due to the lower water levels.

"The water level is going to be lower and more exposed rocks and rock formations and you don't know what you're gonna find," said Woods.

Two million people visit Lake Powell every year and as visitors marvel at the newly exposed rock formations, they're also discovering other treasures, like a boat wreck.

Liz Bowles posted pictures of it on social media with the caption:

“The water was so low, we were able to explore a boat wreck. We found the keys and left them with the boat under the mat like the kind people we are. Can't wait to go back.”

But, the part that's concerning for many is just how low the water is.

And, it's projected to drop even lower.

According to the National Park Service:

"Due to the 20-year historic drought, including the last ten years of extreme drought reflecting the effects of a changing climate in the Colorado River basin, projections from the Bureau of Reclamation indicate Lake Powell's water level may drop as low as 3,540 feet of elevation above sea level. This would be the lowest water level experienced at Lake Powell since 1968."

That has caused boat ramps and marinas to shut down, forcing people to launch elsewhere, and have to travel a lot further for supplies like food and gas.

That's why Woods, who is renting a house boat, is cutting his trip from nearly two weeks down to one.

"We have enough supplies to last us seven days but if we try to go 12 days it will overload the house boat."

The National Park Service is constantly updating conditions and closures on its website, visit here for more information.