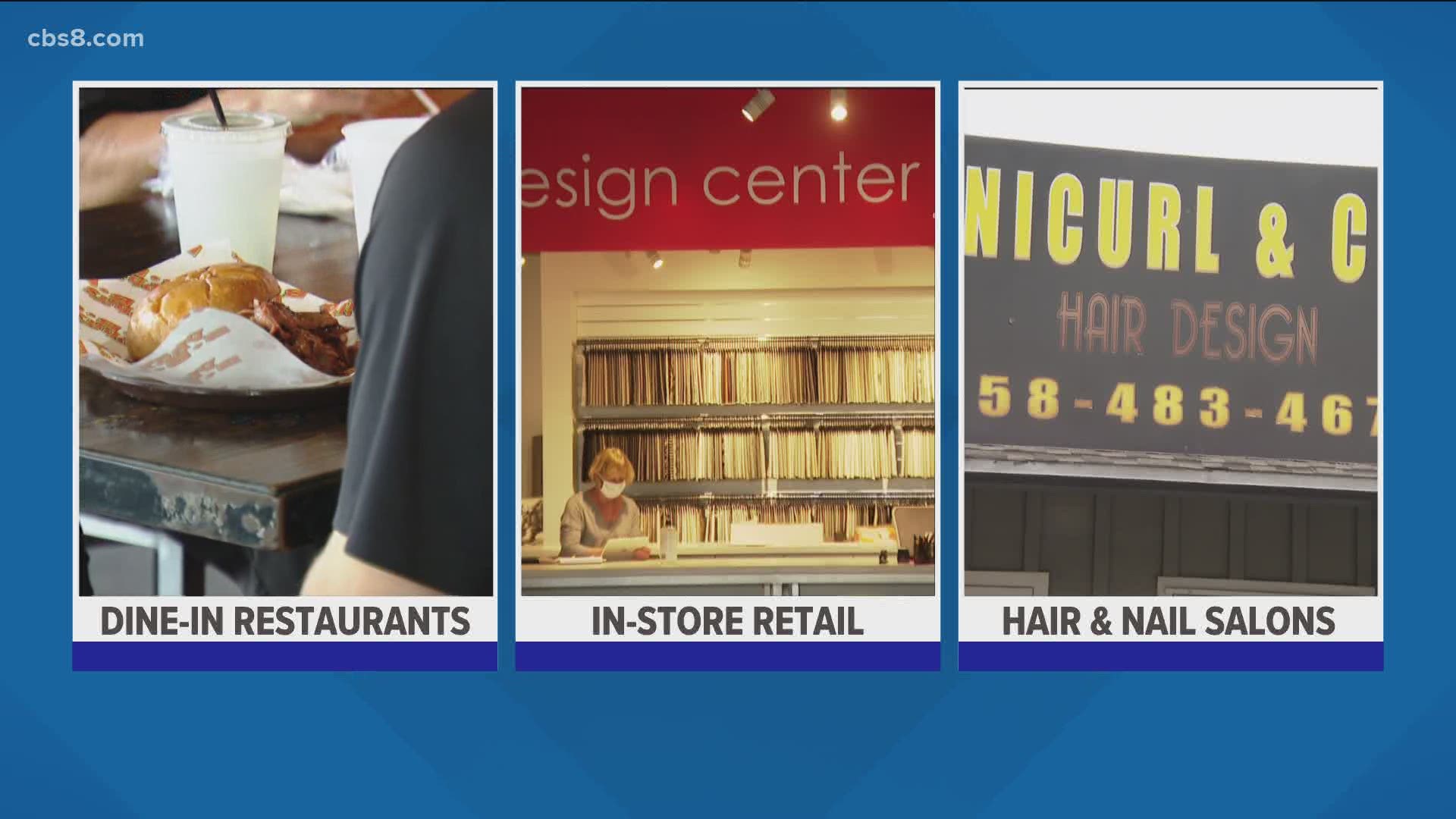 SAN DIEGO COUNTY, Calif. — San Diego County will forward proposals to Gov. Gavin Newsom's office for an accelerated reopening of local businesses and a pilot program to test reopening some establishments shuttered until Stage 3 of California's reopening plan, it was announced Monday.

County Supervisor Dianne Jacob said if Newsom approves letting the county reopen Stage 2 sectors -- such as in-person dining and retail -- ahead of schedule, some businesses could reopen as soon as this week.

The San Diego County Board of Supervisors will vote on the proposals at its Tuesday meeting, during which details of both plans will be laid out.

San Diego Mayor Kevin Faulconer said he believes San Diego County meets the state's modified criteria to reopen dining and retail businesses sooner than others, but would take it further in asking Newsom to allow San Diego County "to pilot the reopening of certain Stage 3 economic sectors, that would safely reopen businesses like barbershops and hair and nail salons."

The city's RECOVER advisory group has been developing COVID-19 protocols for local businesses to follow in the event of a reopening, and on Monday morning, Faulconer and Phil's BBQ owner and CEO Phil Pace showcased what some of those dine-in measures would look like at the Phil's Rancho Bernardo location.

The proposed measures include plexiglass protective coverings at the counters between customers and employees, floor markings for customers to socially distance, and signs keeping customers apprised of what surfaces have been sanitized or not.

"Our San Diego restaurants and our small businesses are ready to go," Faulconer said at Phil's Monday morning. "And we're sending a very clear and direct message to Sacramento, to the governor: Give San Diego the local control to be able to reopen safely."