45 members of California Task Force 8 packed up thousands of pounds of equipment and supplies and headed to North Carolina as Dorian continued to move toward the US. 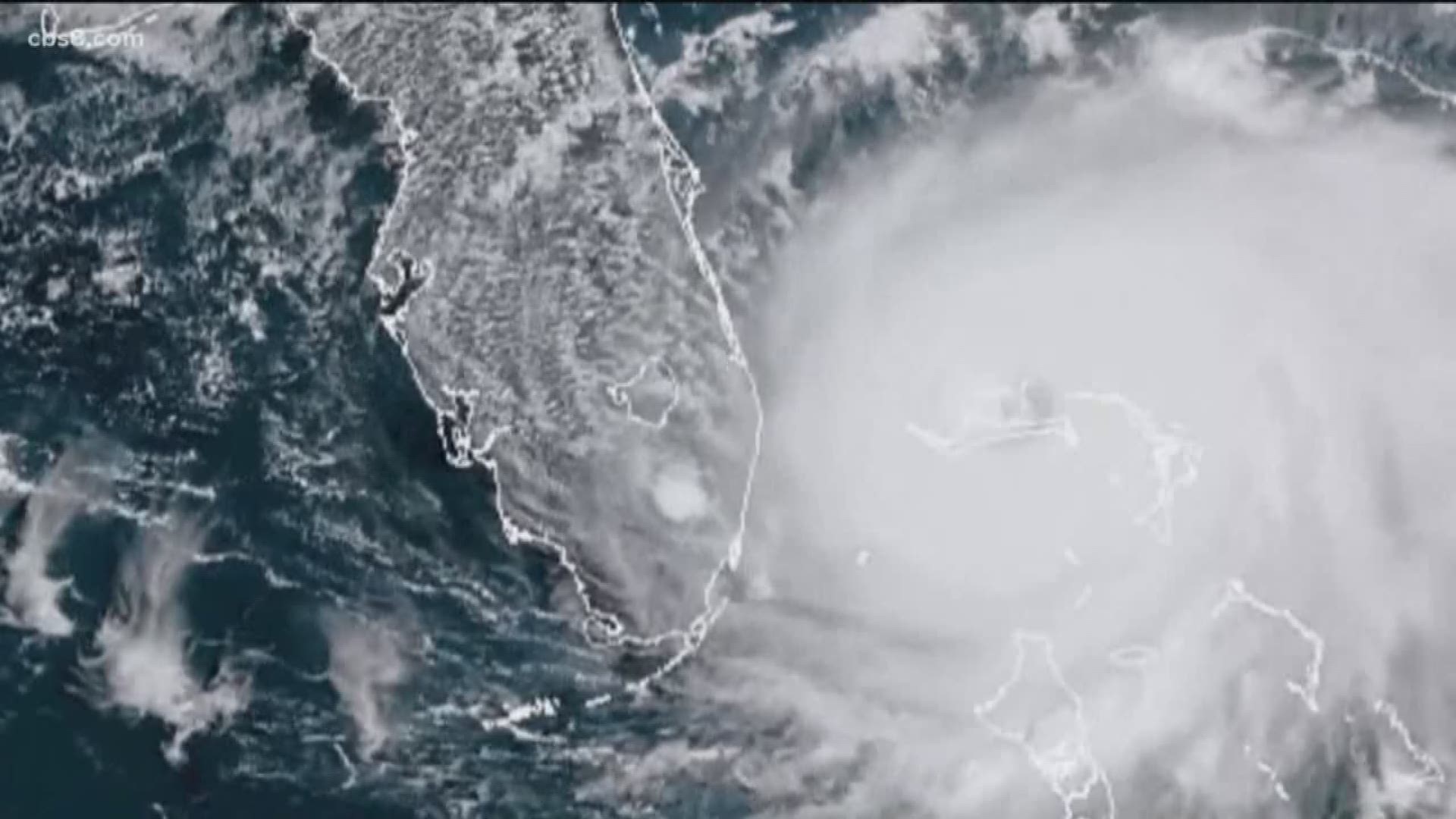 SAN DIEGO — After causing catastrophic damage in the Bahamas, Hurricane Dorian is taking aim at the Carolina coast. On Tuesday, additional members of a search and rescue team from San Diego deployed to the region.

Forty-five members of California Task Force 8 packed up thousands of pounds of equipment and supplies and headed to North Carolina as Dorian continued to move toward the United States. Earlier this week, five members of the team headed east.

Battalion Chief David Gerboth said he was briefed by FEMA.

"The latest is Hurricane Dorian continues [on an] unpredictable track,” said Gerboth. “There’s been reduction in strength, however there’s been an increase in size.”

The now Category 2 hurricane threatens Florida, Georgia and the Carolinas.

Task force members will have the help of two urban search and rescue dogs: Delta a 3-year-old Belgian Malinois and Victor a 3-year-old hound-pointer mix.

RELATED: How to help those in the Bahamas impacted by Hurricane Dorian

Also heading east on Tuesday was San Diego Red Cross volunteer John Stone who said he would be assisting at evacuation shelters. He said he expects to work 14-hour days.

“People are evacuating, they’re upset, they’re under stress,” said Stone. “Our job is to make sure they have a place to stay and food to eat.”

RELATED: Live blog: Dorian's devastation in the Bahamas seen from the air

The images of Hurricane Dorian’s destruction across the Bahamas are devastating. The crew going to help areas of the US affected the Dorian were reminded Tuesday to watch out for others and themselves and to “get back home safe.”

"The biggest challenge we have is to be prepared for anything - collapsed structures, flooding, flooded communities, dealing with people at the worst time in their lives,” said Gerboth.