Men are becoming nurses more than ever before, despite the pandemic

USD Hahn School of Nursing has tripled its male enrollment in the last three years. 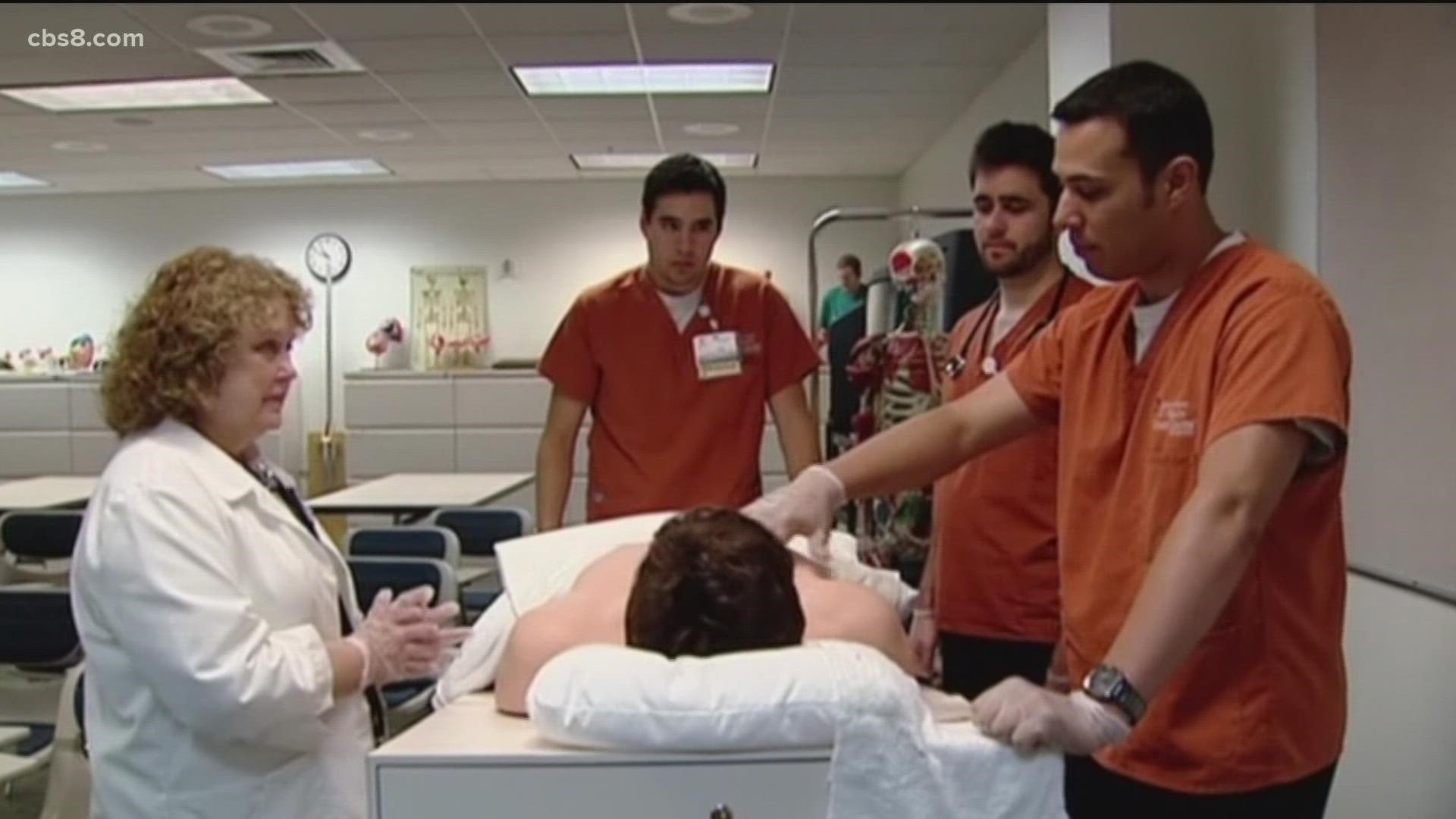 SAN DIEGO — Some people say they’re choosing to get out of the medical field due to the pandemic, but recent statistics show that men are becoming nurses more than anytime in history.

Nationwide, about 12% of nurses are men and one program helping to grow that number is right here in San Diego.

Nursing programs across the country have faced some challenges since the pandemic began but underneath all of that, is a growing number of men who want to enter the field.

“Nurse role models were women with a white cap on. That was when I got into nursing,” said Dr. Jonathan Mack, University of San Diego Doctoral Nursing Program Director.

Dr. Mack has been in nursing for about 40 years. He said a lot has changed since he started and now as the head of the Doctoral Nursing Program at the University of San Diego, he’s able to help recruit more men into the field.

“We put a program in place to actually to increase our enrollment for not only minorities but also men in our nursing program. In the last three years, we went from 11% of enrollment of men to 36%,” Dr. Mack said.

Mack says there’s been a nursing shortage around the country for decades and the pandemic only exacerbated the need for nurses. Still, the program has continued to attract male applicants.

Stephen Jaime has been a nurse since 2007 and as a Type 1 diabetic himself, he says career advice he got from his own doctor led him to nursing.

“I wanted to show them how to poke their fingers, how to draw up insulin and give themselves an injection. He says you know, it sounds a lot like you should be a nurse,” Jaime said.

Jaime is now enrolled in USD’s PhD program and teaching other students at San Diego State University. Both Dr. Mack and Jaime say nursing is a job that requires nurturing and men can be nurturers too.

For them, being a nurse has been rewarding in more ways than one.

“Nursing is an opportunity that opened so many doors and the higher education I got, the more doors that were opened to me,” Jaime said.

Dr. Mack said he thinks more men are interested in nursing now because they see other men doing the job on TV and in the media.

If you’d like more information about USD’s nursing program, click the link: USD Hahn School of Nursing and Health Science.