The holiday is Thursday but traditionally things kick off on the night of Sept. 15 with "el grito" - a patriotic shout. 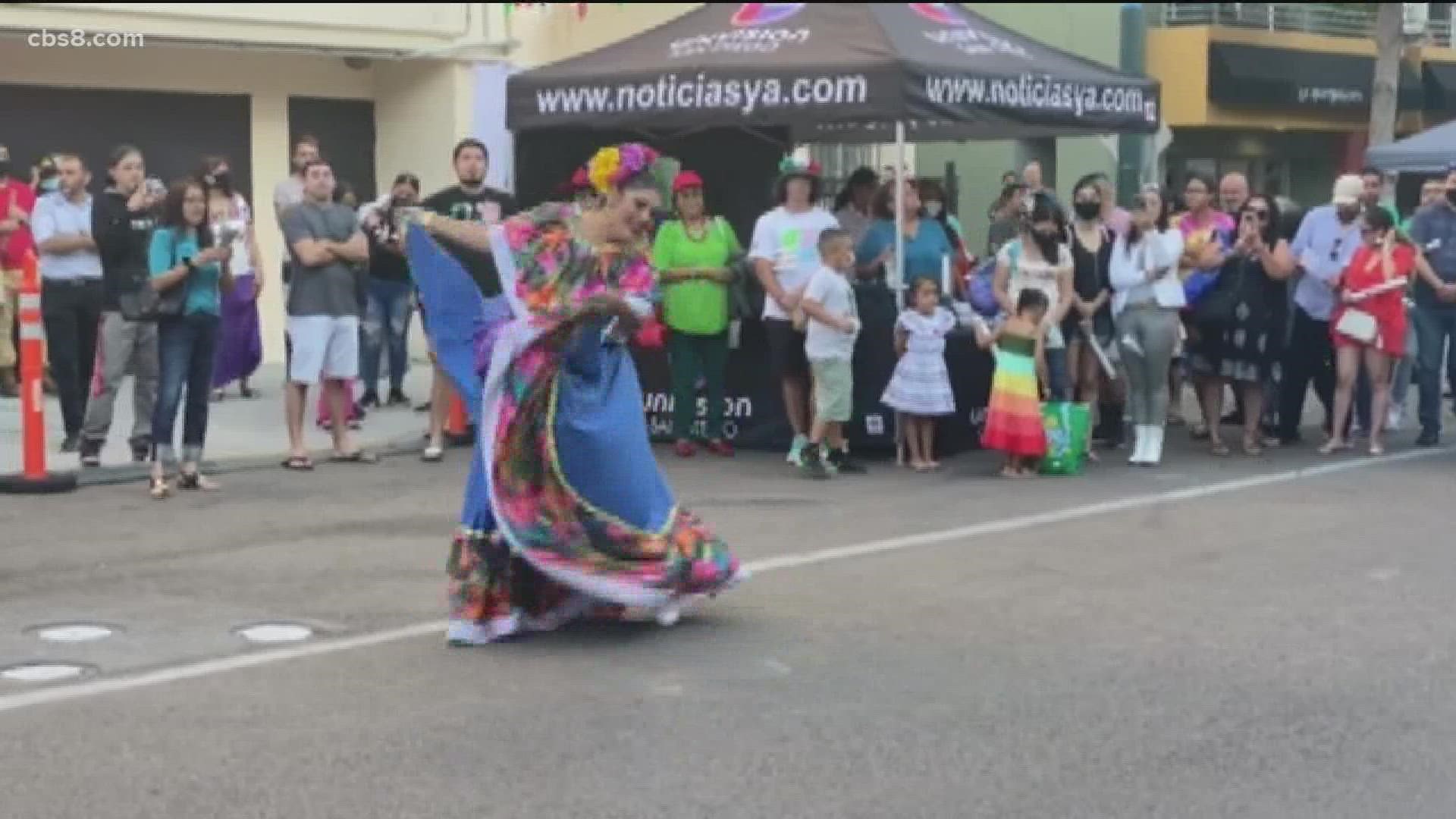 Among the festivities was a block party in Little Italy which started in the early evening outside the Consulate General of Mexico at India and Cedar streets.

The holiday is Thursday but traditionally things kick off on the night of Sept. 15 with "el grito" - a patriotic shout. The Little Italy event featured a mariachi band, Mexican food vendors and about a thousand people were expected to attend.

Mexico's Independence Day is often confused with Cinco de Mayo in the U.S. but Sept. 16 marks the anniversary of the country's independence from Spain 211 years ago.

Last year celebrations were canceled because of the pandemic. The consulate told News 8 what's new this year: Little Italy’s support from neighboring businesses. The also consulate said it's important to commemorate the day and no matter where you live you pass down your pride in your Mexican heritage.

"The pride to be a part of Mexico, the pride for the culture that provides them with identity," said Mexico Consul General Carlos González Gutiérrez. "You can be a loyal US citizen but at the same time feel proud of the country and culture that gives you most of your identity."

Wednesday’s "el grito" commemorates when Catholic Priest Miguel Hidalgo cried for independence in 1810. At 8:15 the consul planned to call on Mexicans and wave the Mexican flag.

Another celebration was also held Wednesday at Cafe Coyote in Old Town and the San Diego County administration building was lit in Mexico's colors to mark the occasion.