The new company Skip plans to deploy 2,000 in San Diego, but the company recently made headlines after a handful of its scooter caught on fire. 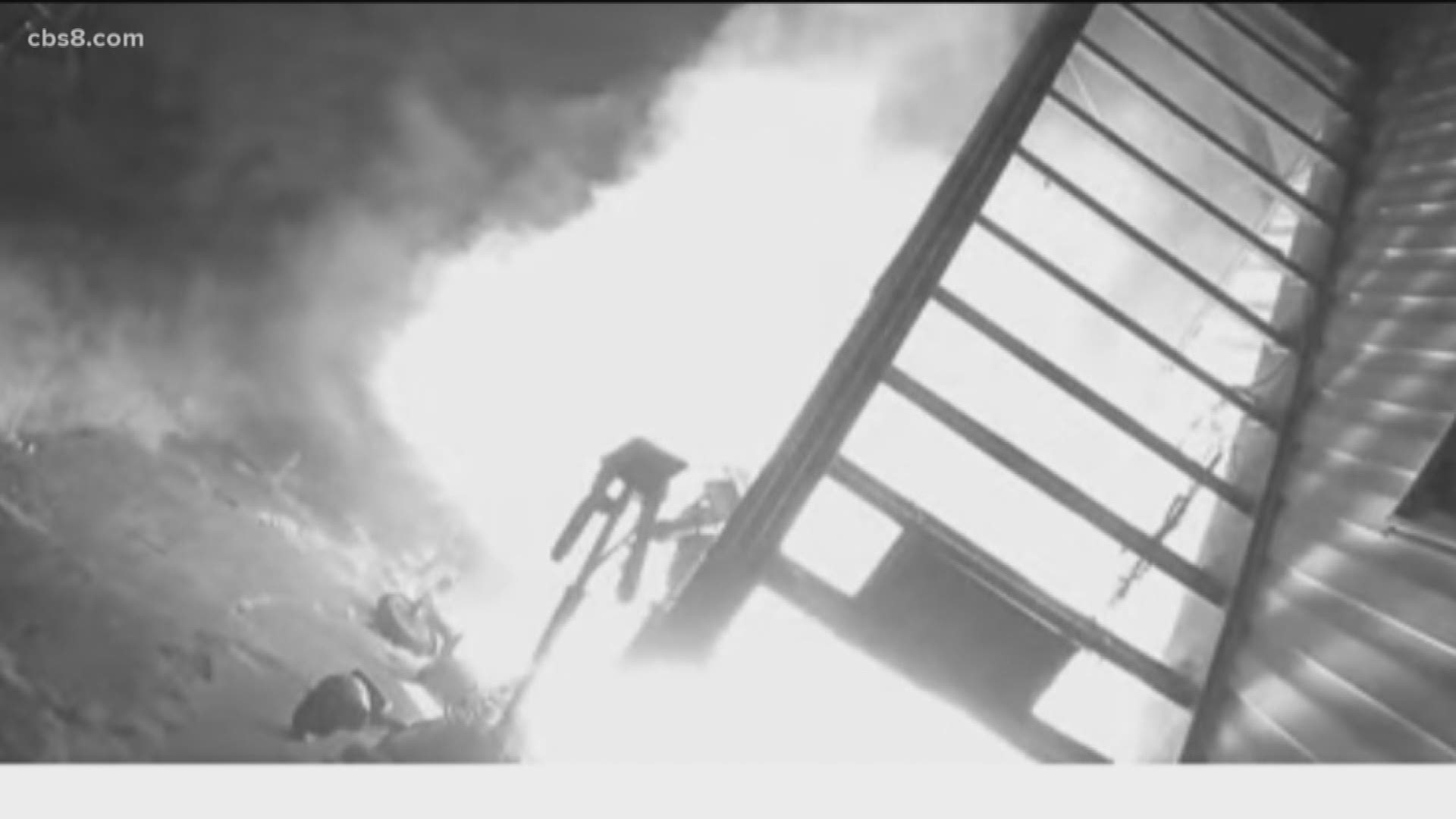 SAN DIEGO — As new rules for scooters are set to take effect Monday, a new scooter company is planning to enter an already crowded field in San Diego, but this company comes with a concerning safety history.

The new company Skip plans to deploy 2,000 scooters in San Diego, but the company recently made headlines after a handful of its scooter caught on fire.

Skip has defended the safety of its scooters.

Washington, D.C. resident Thomas Gallaway spoke to News 8 about the night he was charging a Skip scooter overnight and it exploded into flames in the backyard of the apartment house he lives in.

The incident was all captured on surveillance video.

“I went outside and l looked down and I saw the flames. I was like, oh no!” said Gallaway.

Gallaway worked for Skip by gathering and recharging scooters overnight. That night, he dragged the inflamed scooter away from the house and let it burn out.

“I was amazed there was no damage to the house. It just burnt the ground and plastic,” he said.

In a statement to News 8, Skip said:

"A variety of factors from intentional vandalism to design changes by a former manufacturer caused Skip to deploy a different manufacturer's scooter over six months ago. Skip continually evaluates these and other operational factors to ensure that deployed scooters are as safe as possible, working with third party and internal experts."

Two more incidents of Skip scooters catching fire have been reported. One on a sidewalk outside a store in Washington, D.C., and another time in a company warehouse. The later incident a spokesperson called “an isolated incident caused by batteries removed from service.”

Pending the city’s approval, Skip will soon be joining the ranks of other scooter companies in San Diego intending to place 2,000 of its scooters on city streets.

Last Sunday, a 4-year-old Justin Witzeman was killed after riding a scooter and colliding with a friend. On Friday, a woman was rushed to the hospital after falling from a scooter in the front of the Hilton Bayfront.

Because of the incidents in Washington involving Skip scooters, D.C. authorities have pulled its scooters from the city’s streets for the time being.

A Skip spokesperson said “we are fully cooperating with authorities to ensure a speedy and responsible return to D.C.”

In the meantime, Skip is planning to deploy its scooters in San Diego beginning Monday.