Homes for Our Troops will build two homes that are customized adaptable homes for two Marines injured while serving in Afghanistan. 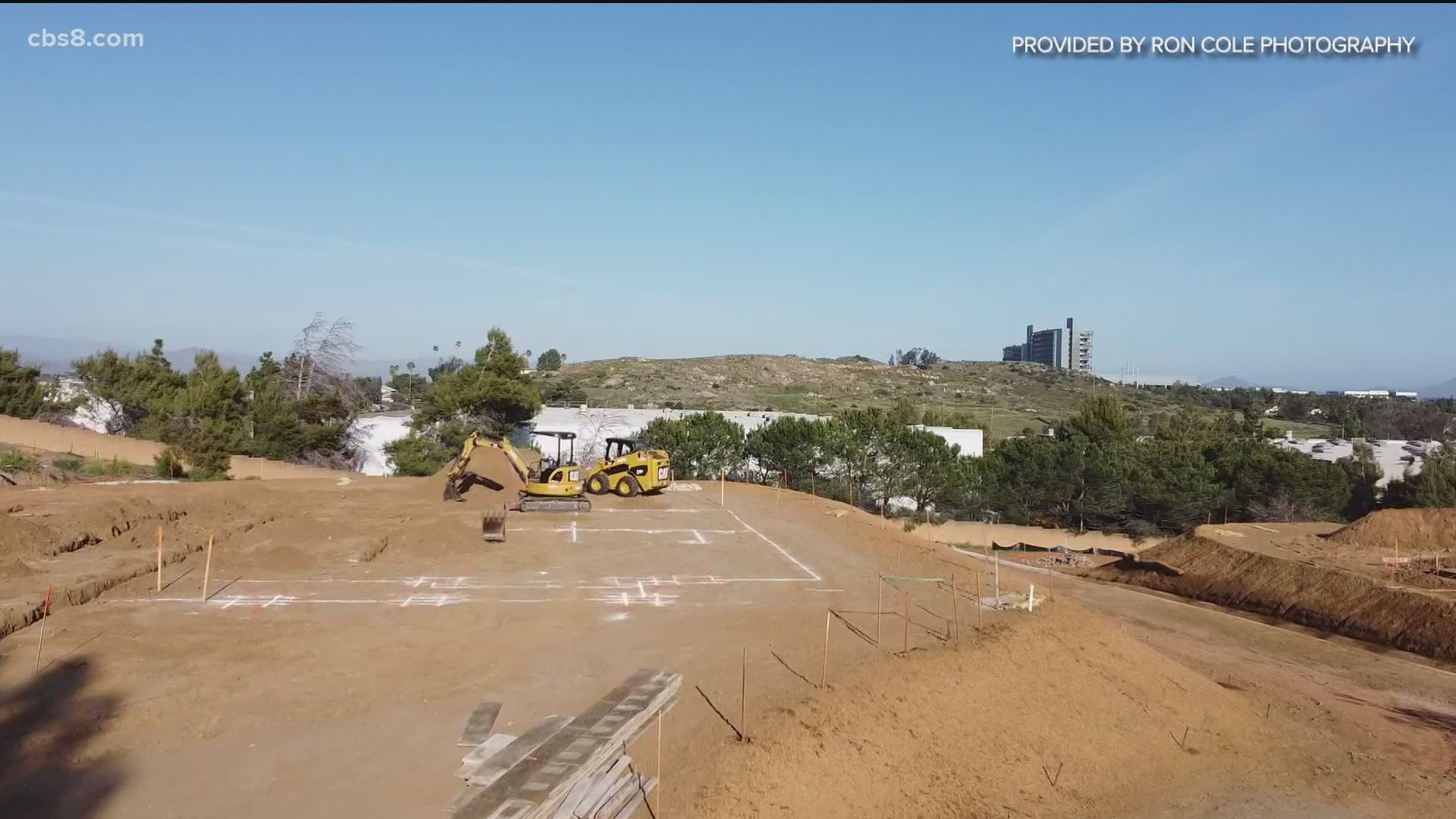 The national non-profit Homes for Our Troops builds and donates customized adaptable houses for wounded veterans.

This weekend the group is hosting a virtual ceremony to celebrate the build. On Thursday the two veterans, their family and dog met at the site where ground has been moved to build their homes.

He lost his right leg when he drove over an IED in 2011 while serving in Afghanistan.

“Figuring out where it impacts you on a daily basis on what I can and can't do, was sometimes painful,” said Holmes.

Homes for Our Troops is building a 2,800 square foot four-bedroom, two-bathroom home in Escondido for the Holmes family and another home next door for U.S. Marine Corporal Kionte Storey and his dog Kuja.

“I can raise my family here, my school [Cal State San Marcos] that I just got accepted to right down the street as well,” said Storey.

He also lost his right leg in an IED while serving in Afghanistan in 2010.

Since then he’s become an avid mountain climber. He’s climbed Mount Kilimanjaro, competed in Spartan races and Tough Mudders, Marine Corps marathons and competed in track and field events during the 2012 and 2016 Paralympics Nationals. He hopes this home will help him continue to strive for his independence and live life to the fullest.

“I never let my injury dictate what I was able to do, it was more how to get through this,” said Storey.

For Holmes, this house will give him the freedom to be the dad he’s always wanted to be.

The home will have bigger bedrooms, bathrooms, lower countertops and wider walkways and no stairs like the one the Holmes rent now.

“The biggest blessing in the house to have the freedom to go wherever he wants in the house anymore and not have to put his leg on or have to get out of a wheelchair and crawl into a room or stairs,” said Holmes’ wife, Diana.

His 18-year-old daughter Ashley says it will be nice to not move around anymore and have a permanent home.

“It doesn't feel real, it hasn't hit that it will be our house but very excited,” said Ashley Holmes.

Since 2004 the non-profit, Homes for Our Troops has built 315 homes, at no cost to the veterans and paid with donations.

Dozens of homes are being built now, more veterans are on the waiting list.

“There is an urgent need to raise awareness, raise the money so we can build these especially adaptive homes for our veterans,” said Bill Ivey, Homes for Our Troops Executive Director.

As the non-profit says, they’re building homes and rebuilding lives.

“After all these years of being in the military and injuries, we are finally going to have a forever home,” said Diana Holmes.

The Community Kickoff to start the build process will be on Saturday, April 10 and will be streamed on Zoom at 10 a.m. RSVP to receive the Zoom link at www.hfotusa.org/holmes or www.hfotusa.org/storey.

Watch: A puppy changed the life of one Marine suffering from PTSD