The children have no idea they are getting the dogs that their parents have pre-arranged through adoption. 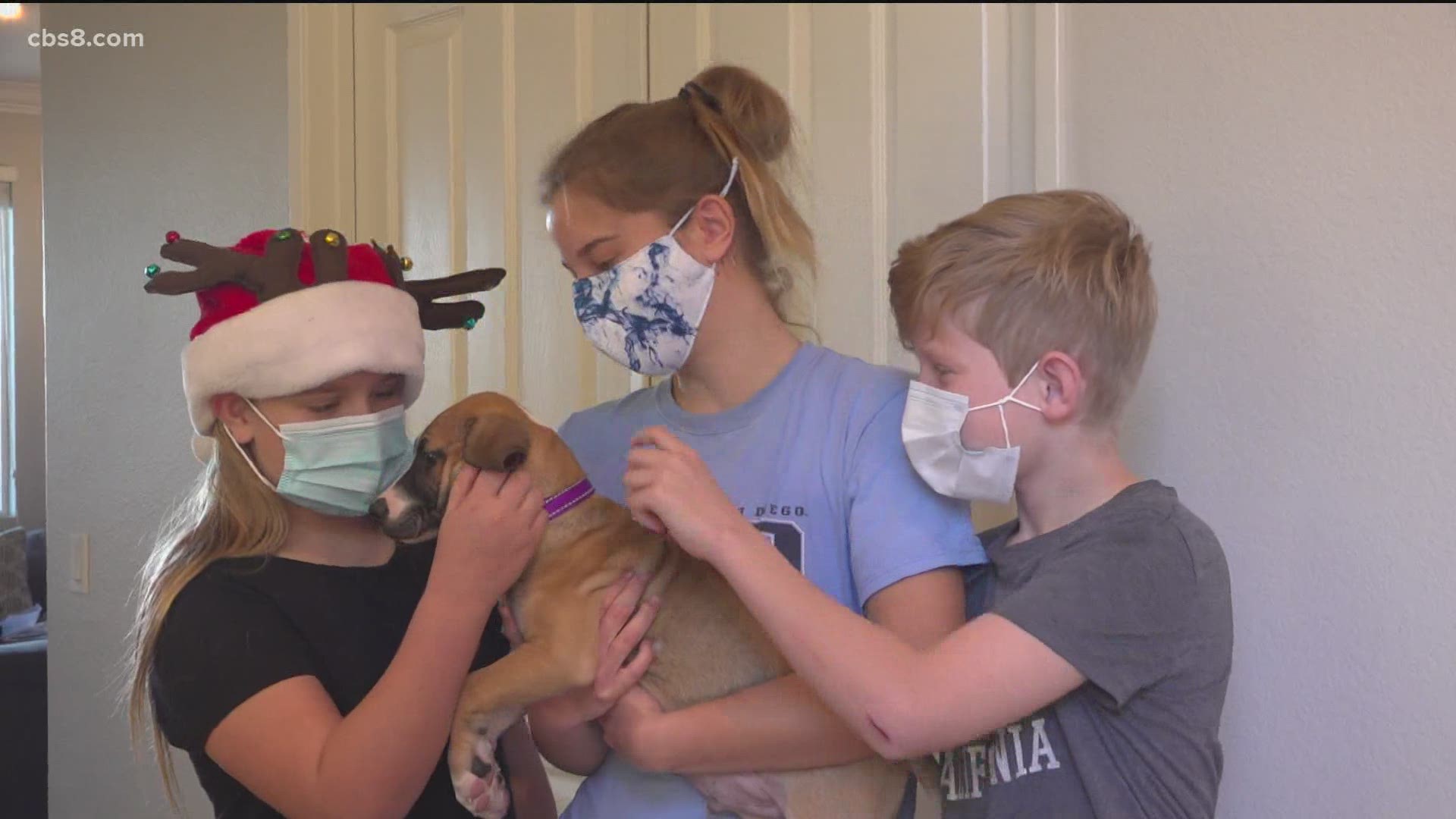 SAN DIEGO — Santa Paws Deliveries is back for the ninth year on Christmas Day.

Each year on Christmas, Rancho Coastal Humane Society helps “Santa Paws” delivers two puppies to unsuspecting children while dressed as Santa. The children have no idea they are getting the dogs that their parents have pre-arranged through adoption.

Santa's helpers shared the news to Santa Paws that two families, one in Encinitas and another in San Marcos, were hoping to get a puppy this Christmas.

Michael Gibbs and his two deserving daughters Isabella & Charlotte of Encinitas got the surprise Christmas morning.

“We are going to get the girls a dog, I’ve been downplaying it for some time now and saying I couldn’t get in, and that it was going to be a process, and now they’re sitting on the couches, they opened all their presents and disappointed they didn’t get a dog,” Michael said.

But the family got a surprise Christmas morning. Santa delivered a puppy named Amy to Isabella and Charlotte and the girls fell in love instantly.

Next stop, Santa delivered a puppy named Dylan to the Selitsch family of San Marcos.

The family had been searching for a rescue dog for two years. Twins Jack and Kendall and older sister Dylan have no idea that another ‘Dylan’ would be joining the family. The kids were so shocked when Santa knocked at their door and told them that their wish had come true.

“I just knew that the right dog was going to find us and a couple weeks ago the Rancho Coastal Humane Society and reached out on my application and said that they had some puppies,” she said.

Santa Claus 'Santa Paws' message: “Delivering these puppies today creates a Christmas memory that these children and families will remember for the rest of their lives and that’s a Merry Merry Christmas.”

Visit the Rancho Coastal Humane Society website for pet adoptions and to learn more about services,