'Toy Man' tops 53,000 donations in another Season of Giving 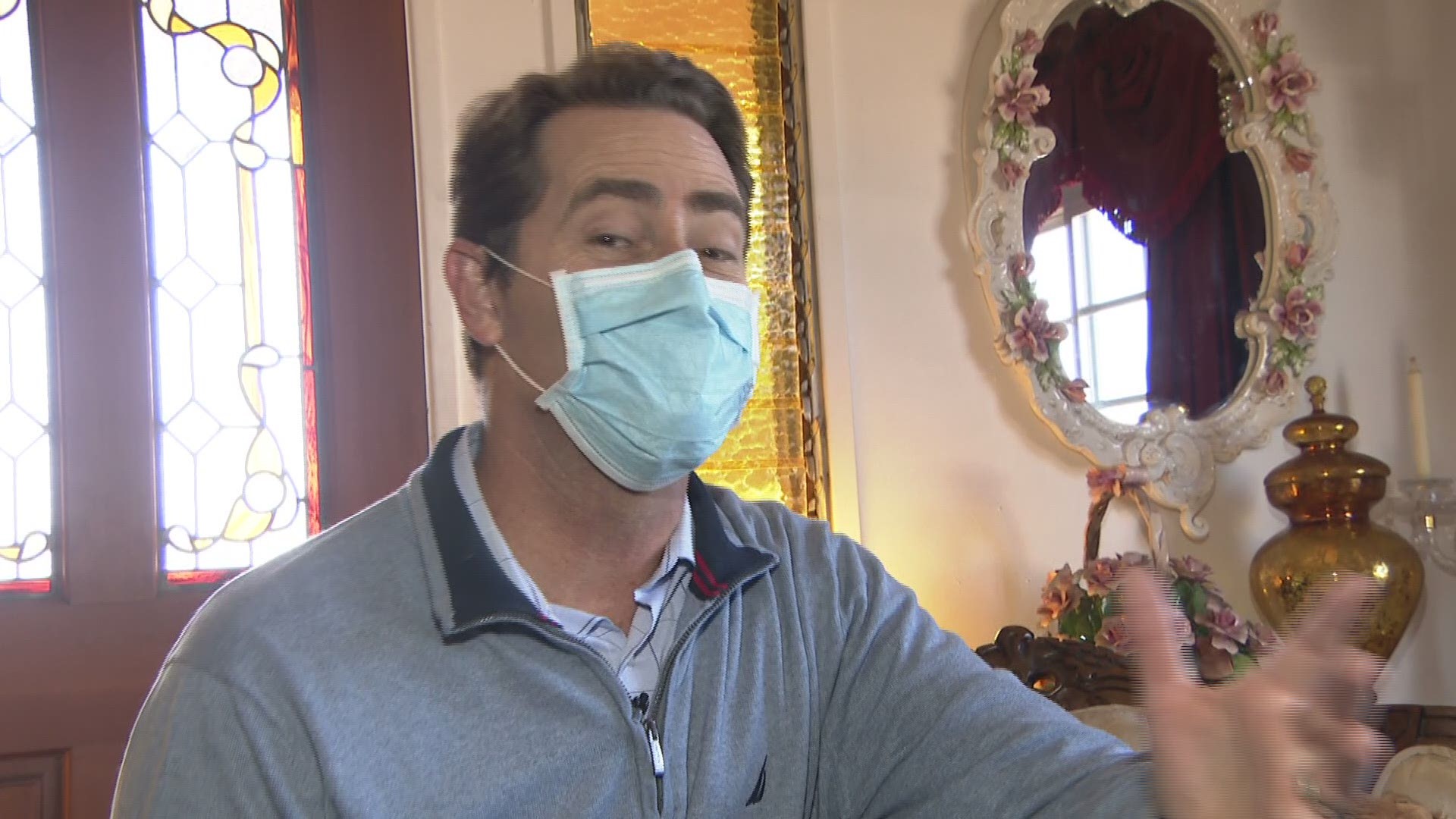 VISTA, Calif. — For more than three decades, a man known as the Toy Man has opened his heart and wallet to help veterans and families in need every holiday season. In this Zevely Zone, Jeffrey Olsen told me he is honoring his father with this year's act of kindness.

Jeffrey's living room was filled with brand new dolls, toy cars and jackets. He is giving them all to children in need. Starting back in 1989, Jeffrey has made tens of thousands of donations. "I helped out 53,184 people," said Jeffrey.

It's astounding to think about. In his first year of giving, more than three decades ago, Jeffrey helped 57 people. More than 50,000 donations have followed. The toys are nice, but it may surprise you to hear what kids ask for every holiday season.

"Warm jackets. Yeah it's very common for them on their list to ask for a warm jacket," said Jill Marshall from the Women's Resource Center.

Jill says a record 400 children signed up for their Spirit of Giving event this year. It's a program where every child receives three gifts and they simply couldn't do it without people like Jeffrey.

"You know he's been helping us for over 20 years and I really appreciate it. It's very sweet and the kids always love the stuff he gives," said Jill.

"We do it every year but this year the need is so much greater," said Jill.

Just like Christmas clockwork, Jeffrey called again to offer up his huge heart.

"Any time we speak to him all he talks about is the kids and how much they mean to him and all of the other wonderful things he does for the community," said Lauren Jane Stephenson, who says there seems to be no end to Jeffrey's generosity.

Like food drives and donating clothing to veterans, Jeffrey's father Robert was a Marine and Purple Heart recipient who was shot and lost his leg in the Korean War but lived a long life.

"He died on February 26 and all of my charity work this year went in honor of him," said Jeffrey.

Robert Olsen was 88 years old when he died, and Jeffrey would like to think his donations represent the country he fought for. A country that comes together during tough times for Americans in need.

"It makes me feel good that I was able to do this for them," said Jeffrey.

Jeffrey also donated nearly 2,000 pounds of food to the Salvation Army this year. If you'd like to learn more about the Women's Resource Center or make a donation click here.