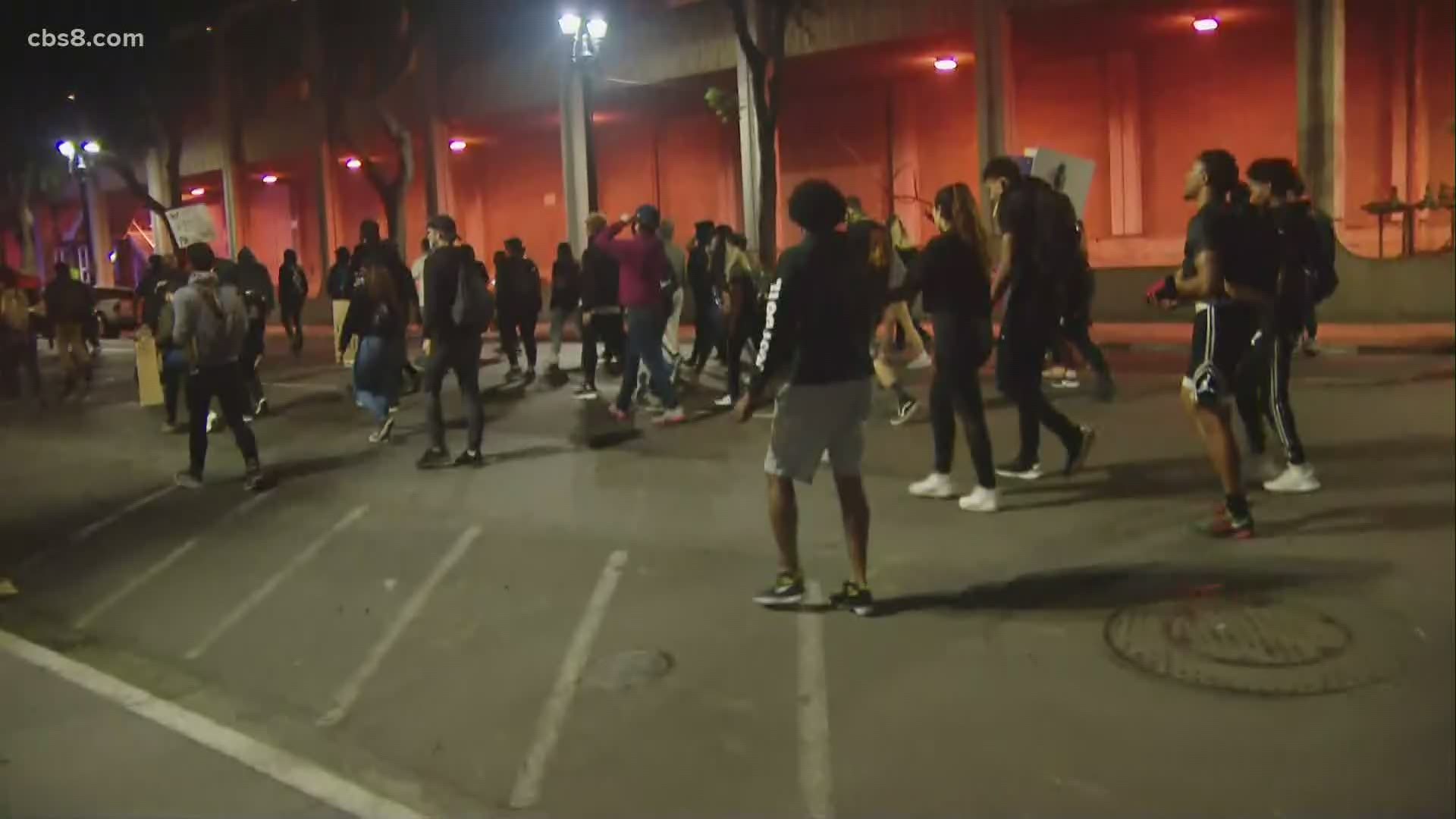 For a fourth night in a row, hundreds of San Diego protesters joining in a nationwide spate of anti-police-brutality demonstrations marched, chanted and carried signs, calling for an end to racial inequities in law enforcement while remaining largely peaceful and orderly.

In Santee, authorities moved in on protesters who were violating curfew orders, but in downtown San Diego, it was a different story.

Protesters have been loud, but there has been no violence, Alford reported from downtown San Diego. San Diego police have been escorting protesters.

Protesters have returned to the San Diego County Administration Building. The group is several hundred strong. 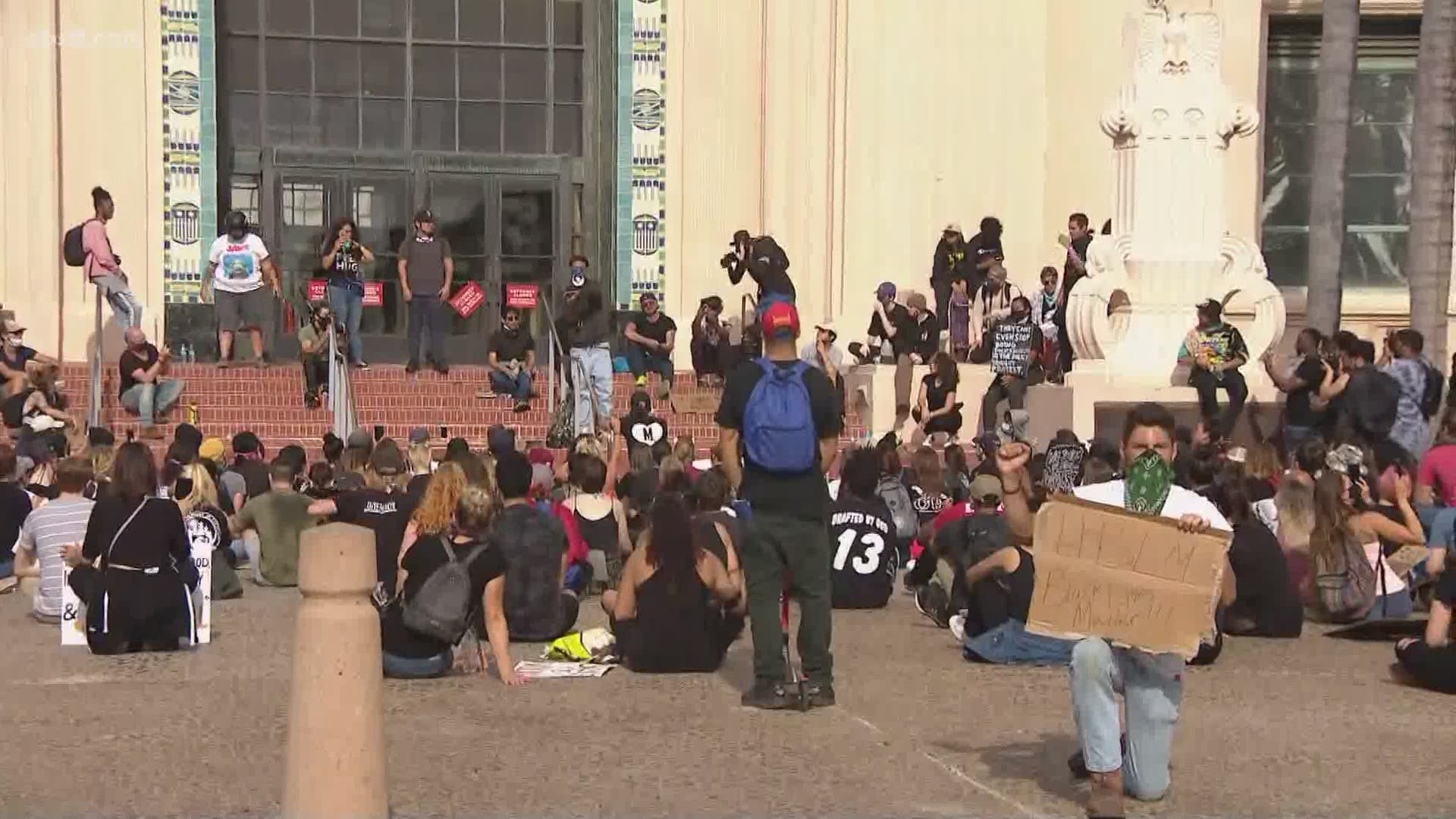 Protesters who gathered in Balboa Park and made stops in downtown San Diego have now made their way to San Diego City Hall on C Street. Hundreds of protesters were still gathered there peacefully at last check.

Protesters from Balboa Park have made their way to Downtown San Diego. A group of hundreds, possibly over 1,000, headed westbound on Broadway toward the Hall of Justice around before making their way to the San Diego County Administration Building located on Pacific Highway.

Demonstrators gathered again on Tuesday morning at Balboa Park to call for justice for George Floyd and put an end to police brutality. The group marched downtown before returning to Balboa Park in the afternoon.

Group we were following is now back at Balboa Park. This is what a peaceful rally looks like....organizers urging people to say something if they see anyone causing trouble (violence,vandalism,etc.) @CBS8 @News8 @thecwsandiego pic.twitter.com/smGM1DLSwO

The group was made up of City College students as well as local San Diegans. They held up a variety of signs with different messages as drivers sped by on 6th Avenue. Some of the protesters took part in Monday’s march which was mostly peaceful for several hours.

Dozens marching down Sixth Avenue into downtown.....police are helping by keeping traffic away. The rally is peaceful @CBS8 @News8 @thecwsandiego pic.twitter.com/Ey9RIJ1d9l

Several officers from San Diego Police watched from within the park as the group peacefully assembled. A California Highway Patrol officer even engaged in a conversation with some of the protesters.

Organizers said they purposefully didn’t advertise the event online so that agitators and counter-protesters wouldn’t show up and hijack their message.

An individual gave this sunflower to an officer who was standing at a protest location. We believe in the same message this flower represents, peace and unity for all. pic.twitter.com/UYE5D8XiGG