The event organized by the Racial Justice Coalition of San Diego was held “in honor of folks that have lost their lives to police brutality,” according to organizers 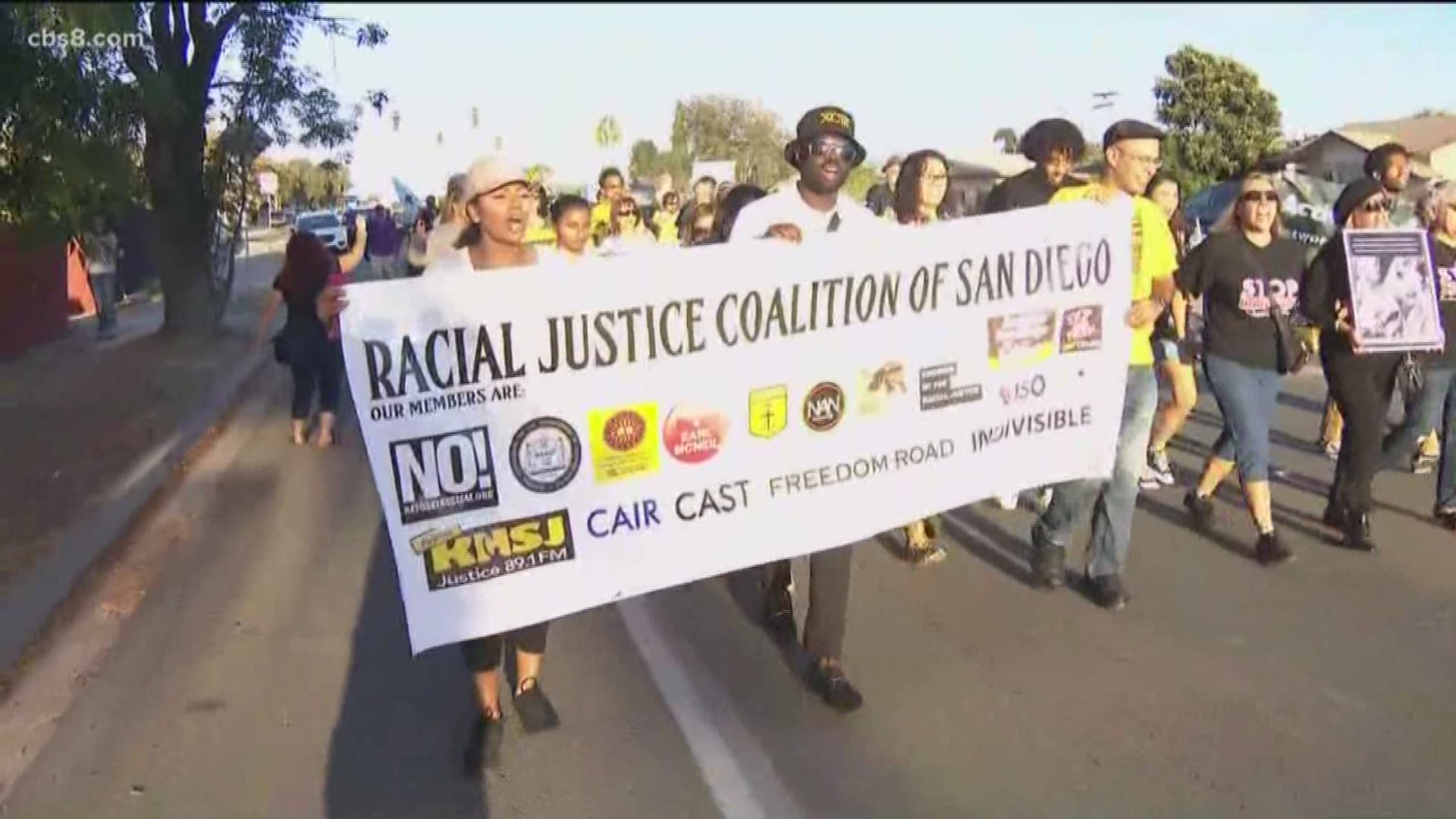 SAN DIEGO — A rally was held in San Diego Sunday afternoon followed a march in recognition of National Day Against Police Brutality. The rally was held in front of a San Diego Police Station in the Skyline area and the activists marched from there to Martin Luther King Jr. Memorial Park.

The event was organized by the Racial Justice Coalition of San Diego and was held “in honor of folks that have lost their lives to police brutality,” according to organizers.

Attendees of the event included Tony Abuka – the brother of Alfred Olango who died as the result of an officer-involved shooting in 2016. Olango's death sparked protests across San Diego. The San Diego District Attorney's office ruled the shooting was justified, but Olango's family disagrees.

San Diego police officers were on hand for the rally and escorted marchers on their one-mile walk to the park.