The 8-1 passing vote will move to a second vote at a future meeting to cap rentals at 1% of the city's housing supply and will prioritize "good actors". 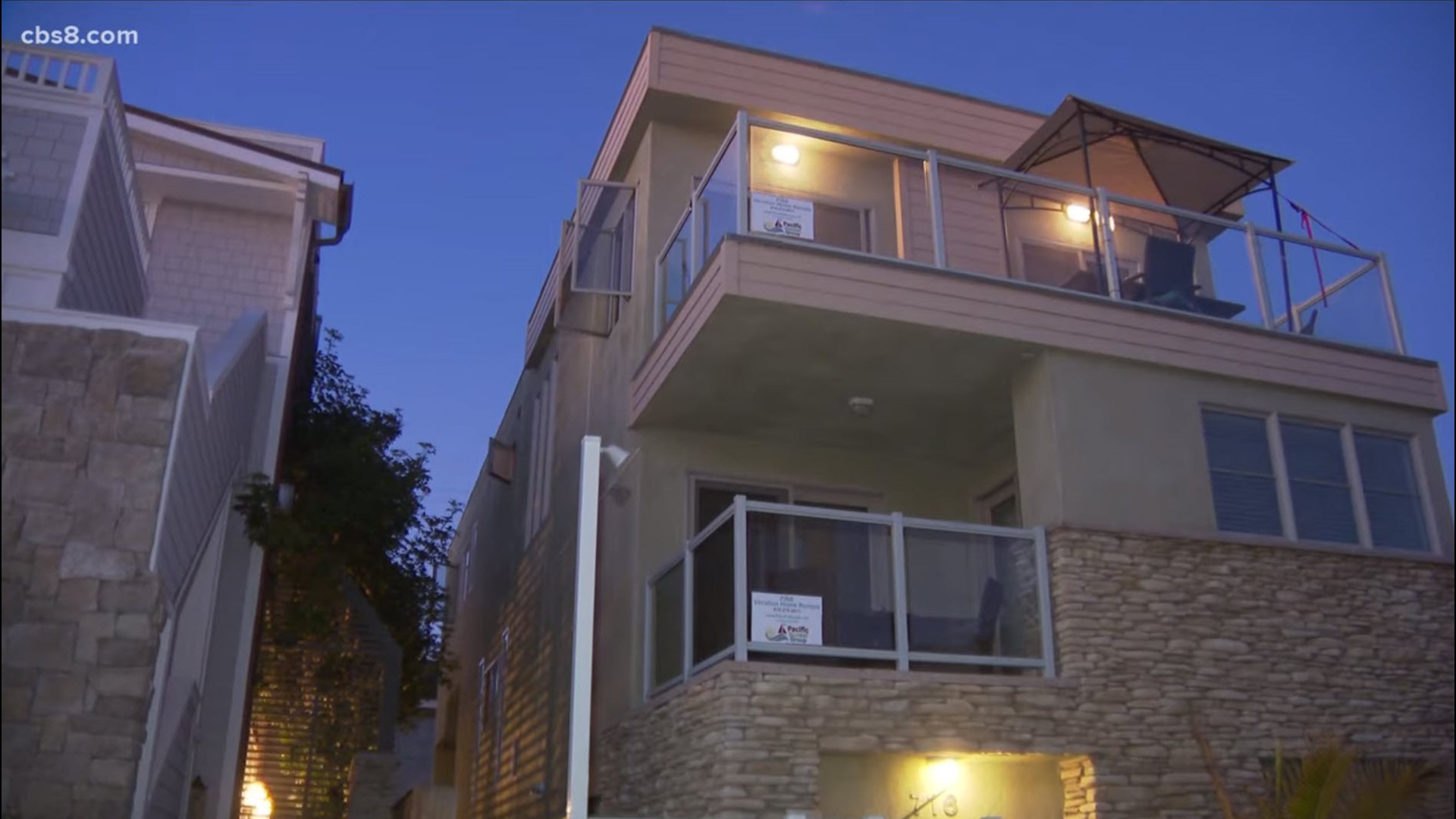 SAN DIEGO COUNTY, California — The San Diego City Council took the first step today in capping short-term rentals at 1% of the city's housing supply and prioritizing "good actors" in a lottery to determine who gets to offer homes for whole-home vacation rentals.

The council voted 8-1 to approve the first reading of the ordinance, which City Council President Jennifer Campbell called a compromise between property owners and corporate rental services such as VRBO and Airbnb.

Final approval of the ordinance requires a second vote at a future council meeting. The ordinance will return to council in October for updates on the lottery and prioritization related to licensing.

"We've considered many perspectives and believe we have crafted what is best for our city," Campbell said.

Campbell thanked "everyone who was a part of putting together this ordinance and who has fought so hard to implement common sense ideas to our city."

"This ordinance shows San Diegans that our city government can do what we're elected to do -- to solve our most confounding problems with workable solutions," Campbell said.

BREAKING: @CityofSanDiego city council passes STR ordinance 8-1 with LaCava the lone no vote. Amended to give responsible hosts a priority in the lottery

Highlights of the ordinance include:

More than 130 people called into the council meeting, many to express relief the city was tackling the long-simmering issue, but others to express dismay at the "lottery" system which would assign short-term rental licenses to home owners.

One Mission Bay resident described the lottery as inherently unfair because she had used her property in a "strict" manner and didn't allow large parties or gatherings.

"It sounds like a crazy Black Friday. We're all going to be banging on the doors to try to get this license. But the stakes are so much higher," said Kelly Kingston.

She said people who have abided by city laws in renting homes should receive priority in receiving a license under the new ordinance.

"I hope I get an opportunity to follow the rules because the absolute worst would be to have done everything right and then not even have a chance," said Kingston.

The sole no vote was Councilman Joe LaCava, who proposed four amendments which would have been much stricter than the version which passed. He was concerned with equity in the ordinance and how to hold rental platforms accountable.

Councilwomen Monica Montgomery Steppe and Marni von Wilpert and Councilman Sean Elo Rivera shared LaCava's concerns but voted to pass the ordinance with the intention to refine it later.

The reduced number of short-term rentals will reduce the city's Transient Occupancy Tax known as a hotel tax, according to a report from the Office of the Independent Budget Analyst.

Mayor Todd Gloria applauded the council on the vote and said he would do what he could to ensure it was enforced.

Organizations such as Save San Diego Neighborhoods are far from pleased with the plan, which it called a "multibillion dollar theft of San Diego housing, by legalizing short-term vacation rentals in residential neighborhoods citywide."

That organization claims the ordinance is illegal on the basis of not being consistent with the city's general plan and coastal program. Save San Diego Neighborhoods threatened litigation if the city council passed the ordinance.

Campbell said her ordinance will increase the housing supply.

"San Diegans will have more homes to buy or rent, neighborhoods will see a massive reduction in STRs in their communities with real enforcement to weed out bad actors," Campbell said.

"This truly represents what San Diegans want to see: an end to the `wild west' STR environment that has negatively impacted so many."