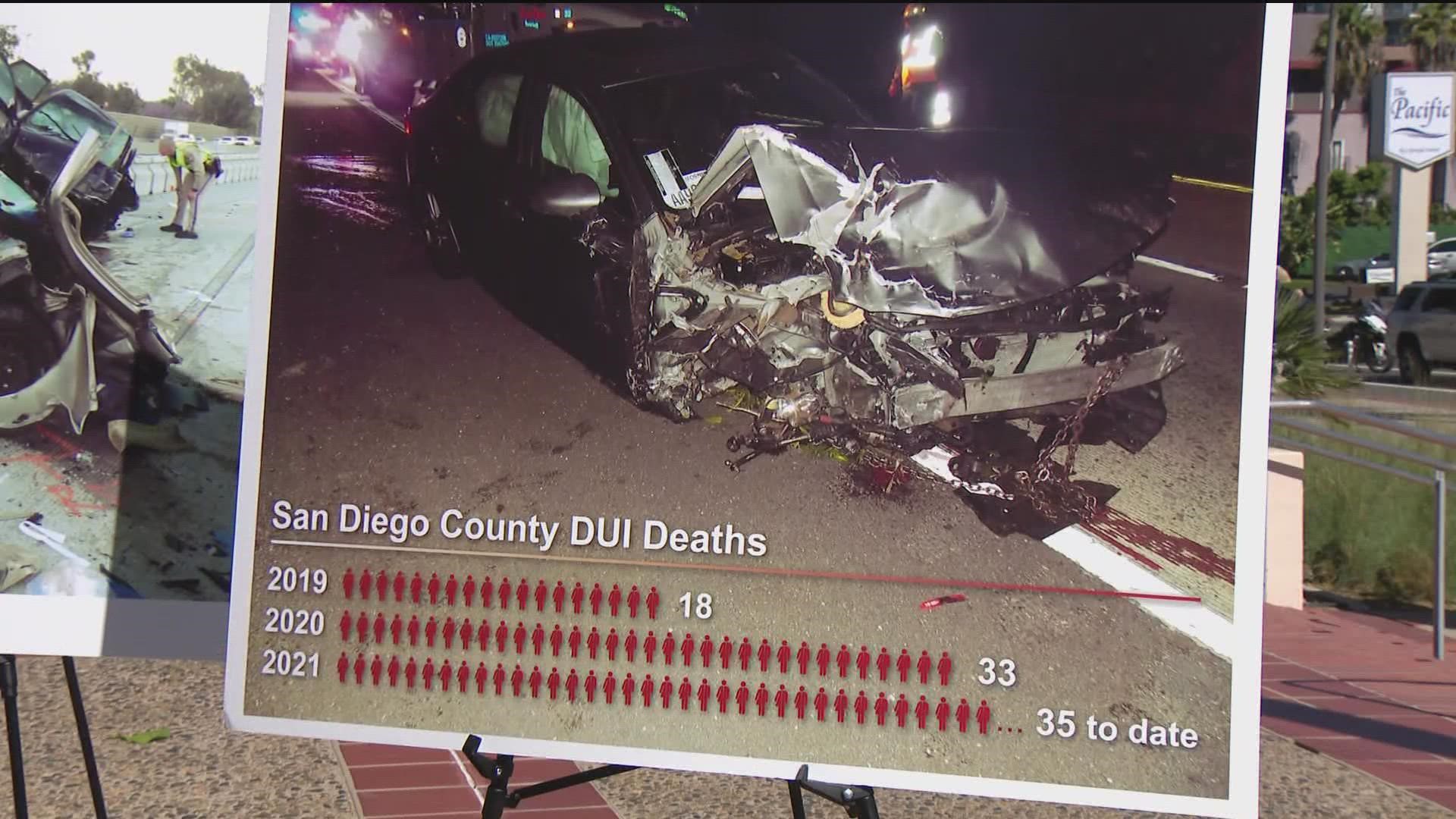 In 2020, 33 people were killed, which was the worst such year in San Diego County going back more than two decades, despite fewer drivers on local roadways due to the COVID-19 pandemic. The county typically averages around 15 to 20 DUI fatalities annually.

Though non-fatal DUIs have decreased this year, officials say motorists are increasingly driving while under the influence of both alcohol and drugs, and with more alcohol in their systems.

The San Diego County District Attorney's Office says DUI drivers arrested in the county this year have had an average blood-alcohol-content of .18%, more than twice the legal driving limit in California.

As part of efforts to curb the trend, the DA's Office will receive a $530,600 grant this year from the Office of Traffic Safety to prosecute DUI homicide cases. The grant also supports training for local law enforcement agencies, and DUI prevention and awareness campaigns in local schools, military bases and colleges.

Law enforcement agencies also say they will conduct additional DUI checkpoints in an attempt to catch more impaired drivers in the act, though California Highway Patrol Border Division Chief Omar Watson said, "By getting the message out, we are hoping for voluntary compliance from motorists."

San Diego County District Attorney Summer Stephan said Tuesday's drivers know the risks of DUI driving, "yet it seems more than ever they're being reckless and putting lives at risk" by drinking, using drugs and then getting behind the wheel.

Stephan said this is part of why these cases are more frequently being investigated as potential murders.

"This isn't an accident," Stephan said. "It is purposeful behavior that ends up with innocent people losing their lives."