Several wrong-way crashes in San Diego County in a week

Public safety officials say there's been a spike in wrong-way crashes on San Diego roadways this past week. Three crashes were deadly and one left a driver injured. 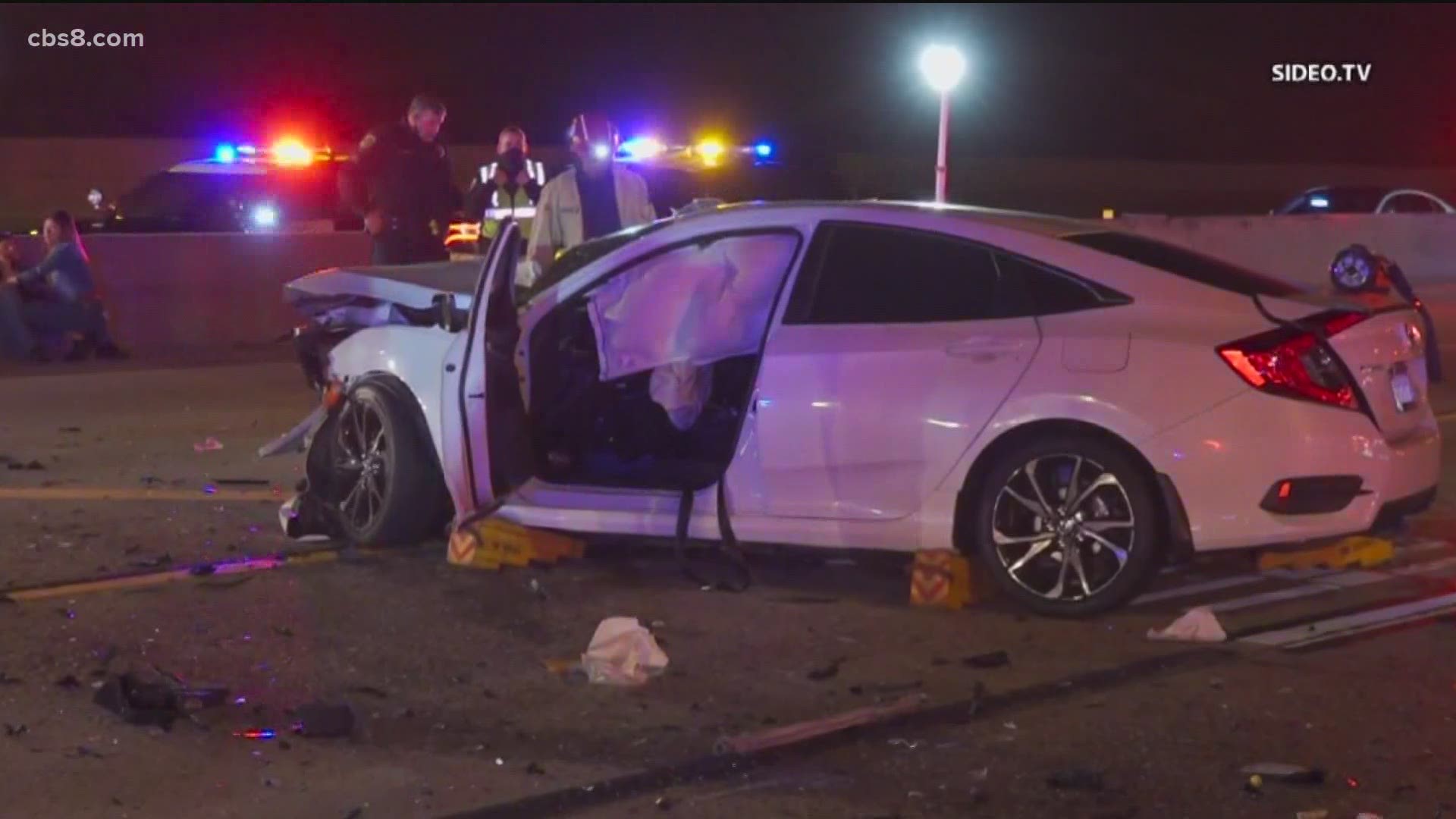 CHULA VISTA, Calif — "These wrong-way collisions are on the rise, so we have to all do something to prevent them,” said AAA Spokesperson Doug Shupe of Southern California.

Shupe said although Caltrans reports wrong-way crashes account for about 1% of all crashes on California highways, 37 people are killed on average each year.

As of Sunday, in the last seven days in San Diego County, there have been at least four wrong-way crashes, three of which were deadly.

On Tuesday in Carmel Valley, a woman was killed and four people suffered major injuries. Police say a man driving a Dodge Magnum the wrong way crashed head-on into a Honda Civic on the 5 at Carmel Valley Road, killing a 52-year-old woman. Firefighters had to pull multiple trapped people from their cars.

Then tragically on Friday morning, husband and wife San Diego police detectives Ryan Park and Jamie Huntley-Park were killed on Interstate 5 in San Ysidro when a female driver going the wrong way hit them head-on. Chris Rios saw the wrong-way driver speed passed him, and his dashcam recorded it.

"I said, what's going on? Why is this person coming the wrong way? So, I veered towards the right, and I started honking at this person, but at this point, she didn't stop at all. I just looked through my rearview mirror and thought, this person is going to kill someone,” Rios said.

The wrong-way driver and both police officers died on the scene.

"They really were embraced by so many people, and that's why this is so devastating,” said Alex Morrison, a close friend of the couple and the San Diego Angels girls ice hockey coach and director.

Then on Saturday night, Chula Vista police say two drivers were street racing and one driving on the wrong side of the road ran a red light and hit a woman's car with two children at L Street and Third Avenue. The woman died and the children were taken to the hospital. Police arrested the wrong-way driver and are still trying to identify the second racing vehicle involved.

"We are going the wrong direction when it comes to wrong-way driving, and we all need to take steps to prevent it,” Shupe said.