"Your heart sinks and your first thought is please tell me the girls weren’t in the car,” said officer Jonathan Wiese. 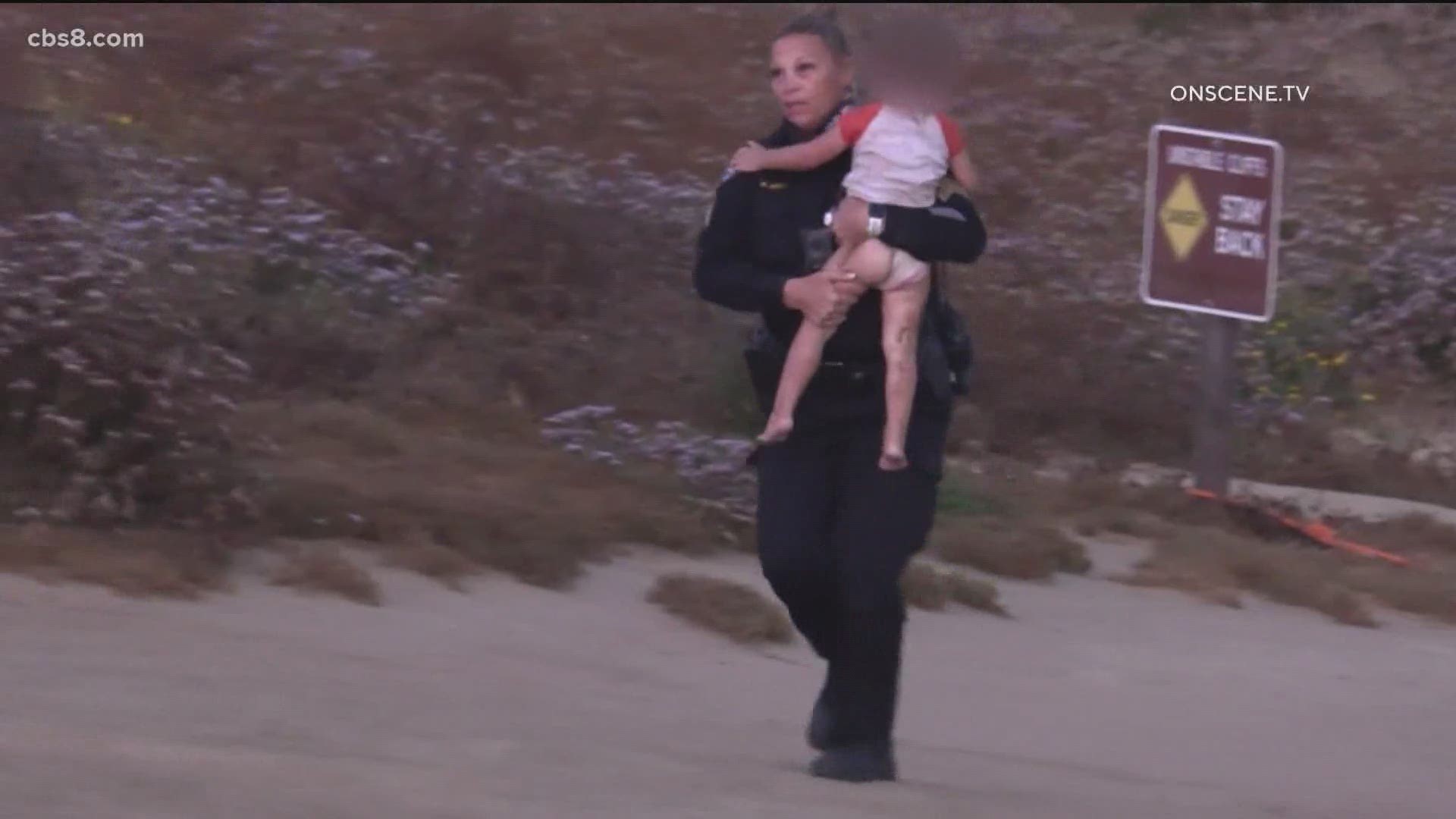 SAN DIEGO — The images and story shocked the community this weekend: a suspected suicidal father drove his truck off the ledge at Sunset Cliffs with his two-year-old twin daughters inside early Saturday.

"He had driven off the end of a 50-foot cliff and was upside down in the water,” said officer Jonathan Wiese, now deemed a hero after he jumped in the water to rescue the girls.

Officers began looking for the truck after the driver’s estranged wife called 911.

“A female caller had said her husband left with their twin two-year-old daughters [and] was suicidal,” Wiese said.

Once spotted, officers said they didn’t want to chase the vehicle for fear of what he would do - but the driver, now identified as Robert Brians, also spotted them.

“Before I could even plan my next move, he picked up speed and drove right off the end of the cliff and your heart sinks and your first thought is please tell me the girls weren’t in the car,” he said.

RELATED: Father suspected of intentionally driving off cliff with daughters in Point Loma 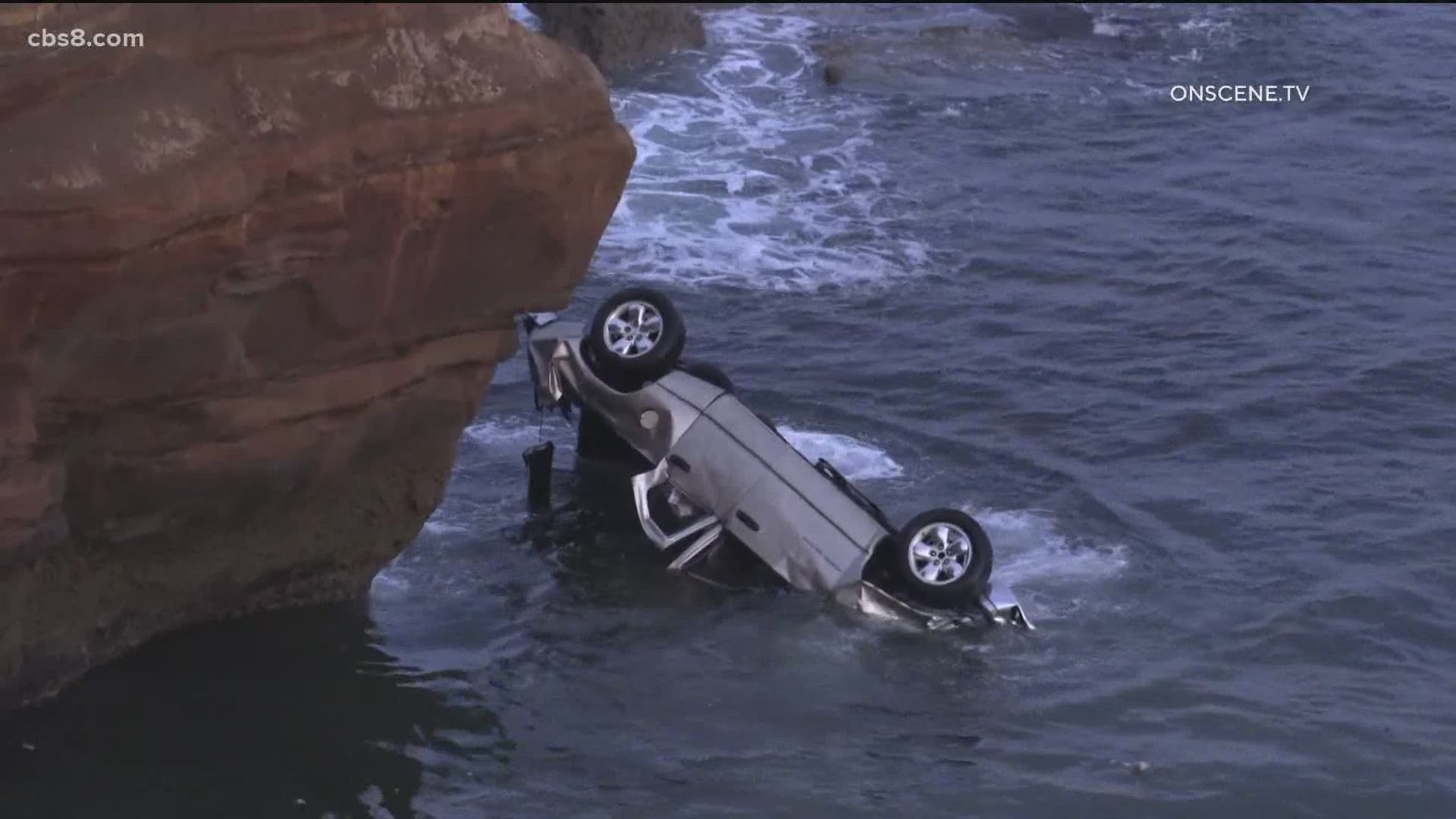 News 8 has since learned Brians' wife filed for divorce back in April and the case is cited as domestic violence with minor children.

According to a GoFundMe set up by a friend of the family, the twin two-year-olds were taken without permission by their father and their mother received numerous calls and texts that she would never see them again.

On the GoFundMe the organizer wrote the mother wanted to thank the first responders and says if it wasn't for them her daughters would not be alive.

"It was all teamwork, all those officers doing it together and one mission was getting those girls up," said Sgt Brigitta Belz.

Around 5 a.m., Brians reportedly plunged his pickup truck off the cliff.

"My thought is how do I get down there. There are no stairs, there is no easy way. My first thought was jump but I'm afraid of heights," said Wiese.

The former U.S. Marine Corpsman grabbed his 100-foot dog leash and other officers on the scene helped lower him to the water.

“By the time I got to him, he had pulled both girls out of the truck and was now holding them trying to tread water and with the waves and just not having his hands - he kept going under with the girls,” Wiese told News 8.

Wiese got the girls to safety then stayed in the water with Brians until lifeguards could rescue him.

“He said, 'no they were on my lap when I drove over the cliff' and it’s him and the two girls in the driver seat going over the cliff without seat belts on,” Wiese said.

Wiese has a 2-year-old daugther and a 4-year-old son, Belz is also a mother with grown children. She is seen carrying one of the toddler's to safety.

"Her big eyes looking at me, trying to let her know, 'it's ok, it's ok,'" said Sgt. Belz. "Knowing if those were my kids holding onto her as tight as I could and getting her to the ambulance as fast as I could because that was the most important thing."

On Monday, News 8 learned the twins remain in the hospital but are expected to be okay.

“The only non-crushed area of the car was the driver’s seat compartment, so had those girls been in a car seat in the back, they would have most likely been killed," Wiese said.

Brians is facing a list of charges, including attempted murder and kidnapping. He is due in court on June 30.

Watching surveillance video of a suspected suicidal father plunge off Sunset Cliffs with this two-year-old twin daughters on his lap, it's incredible to think they all survived. San Diego Police Department officers and San Diego Fire-Rescue Department and first-responders did heroic work to rescue these precious babies!