Some salon owners in San Diego are setting up temporary outside work stations while others are against the idea. 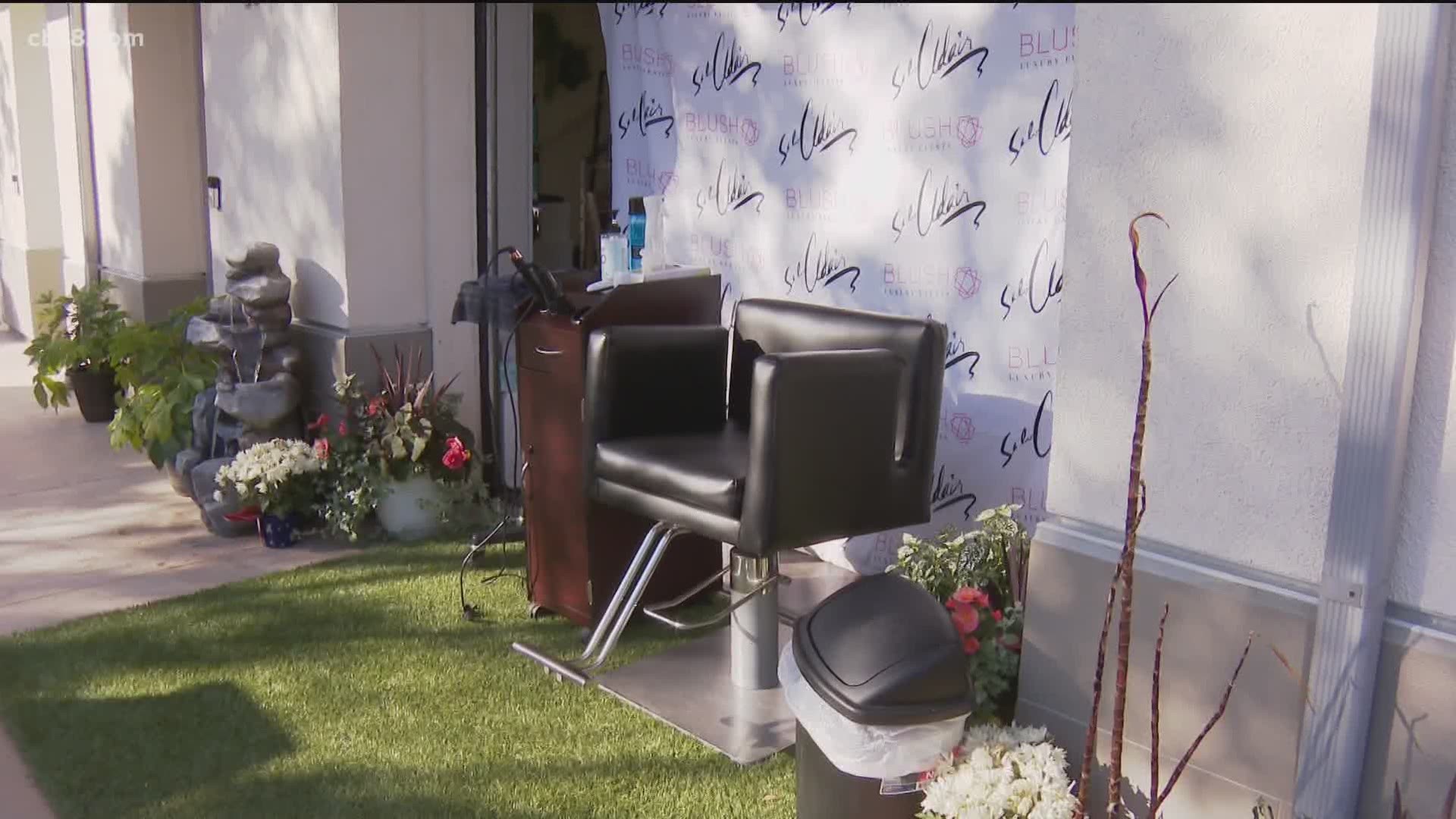 SAN DIEGO COUNTY, Calif. — Chelsea Adair wasn't sure at first how she'd do it.

But within hours of Governor Gavin Newsom's new guidance for California, the owner of Adair Salon pulled out the table and the tools.

Despite the hurdles - like wind outside - she said her temporary station has what it takes.

“We're here to protect you, here to give a quality service or not at all,” she said.

But across San Diego, some salon owners are against the idea.

“It’s kind of like, they gave us an inch, but not enough,” said Headlines Salon Owner Gayle Fulbright.

“To give us this 'opportunity' to work outside ... and just do haircuts has many things that really don't work,” she said.

In his mandate issued Monday, the governor addressed some of those challenges saying, “chemicals and perms… it was more complicated than some had considered.”

The governor didn't provide a list of specific services that can be performed outside.

But the State Board of Cosmetology is clear: no shampoo and no chemical services such as perms and color.

“Here in California, color is big business. And quite honestly, I did a survey monkey and my team really they're not really up to going out and doing partial what they do,” said Fulbright.

Meanwhile, for nail salons, the additional costs of setting up outdoors may not outweigh the benefits.

“I put up dividers and I put up barriers. I have face shields. I have monthly disinfectant services,” said Prestige Nail Salon Owner Jennifer Daffern.

Daffern still plans to give it a shot and said, “you never know if it [will] work or not until you try it.”

Now it’s just a matter of following yet another COVID-19 checklist.

San Diego salon owners begin setting up shop outdoors! While many say outdoor services simply don’t cut it. So what will it all look like under the Governor’s new rules? Story coming up @11 @CBS8 pic.twitter.com/hBYoiXM7O2

RELATED: 2 stylists had COVID-19, but wore masks. 139 of their clients didn't become ill

RELATED: What can San Diego County do to get off state watchlist?