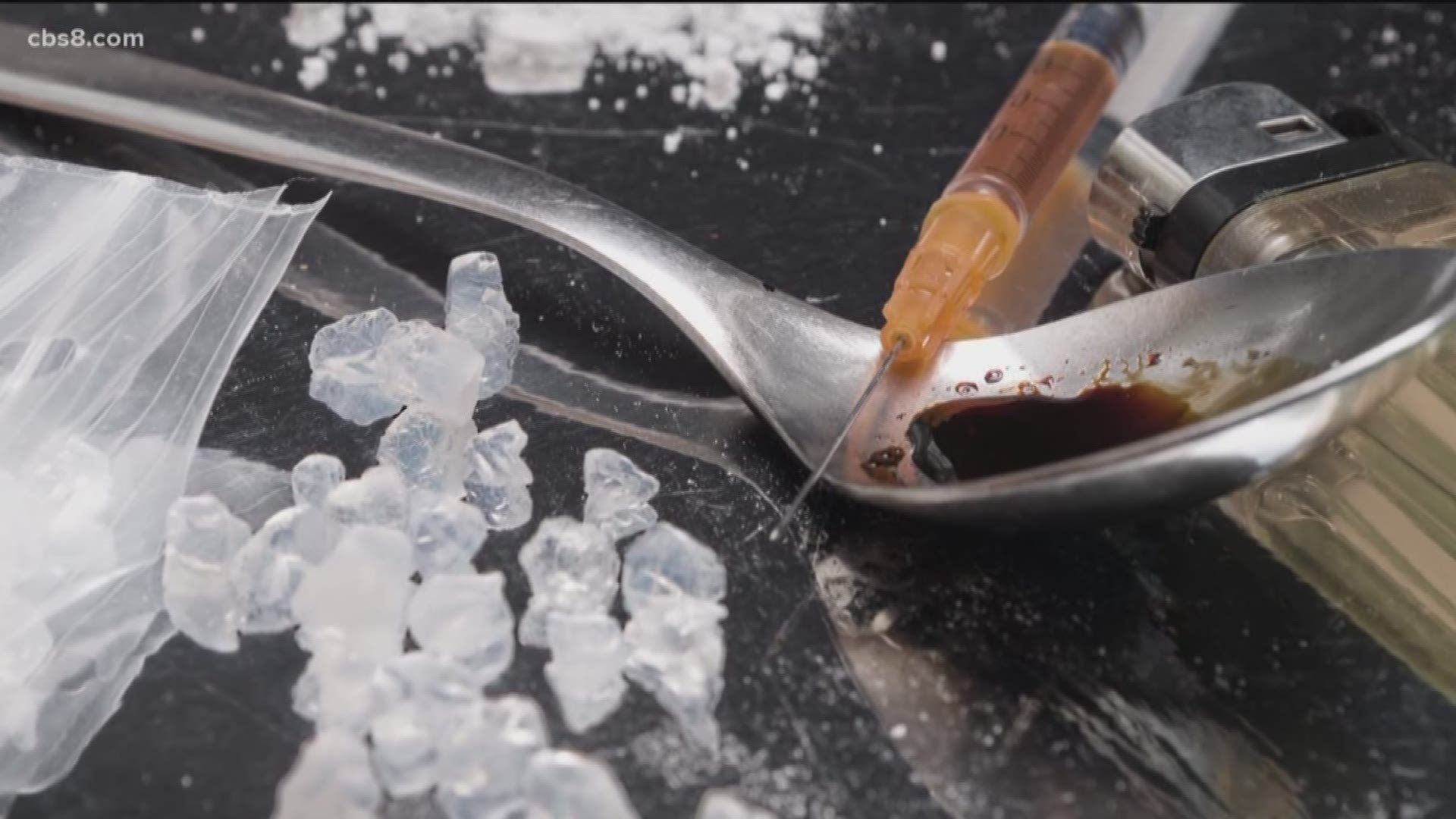 SAN DIEGO — A total of 483 San Diegans died from meth last year, a record number for the region.

That’s the key finding of the San Diego County Methamphetamine Strike Force’s latest report, which was released Monday at the Medical Examiner’s Office.

The figure for 2018 is 106 more deaths than the number reported in 2016 when a then-record 377 meth fatalities were reported.

“Meth abuse is not a new problem, but these latest figures from the Meth Strike Force Report Card are deeply disturbing and should raise alarm among all of us,” said Chairwoman Dianne Jacob, County Board of Supervisors. “These tragic deaths are unnecessary and avoidable.”

The 2019 report card shows the devastating impact of methamphetamine on human life and public safety in our region, according to San Diego County District Attorney Summer Stephan, a tri-chair of the Methamphetamine Strike Force.

“The report utilizes data to show the overdose deaths related to methamphetamine use and the connection between this drug and crime,” Stephan said. “We will continue to use this valuable data working with our law enforcement and community partners to combat this epidemic through prosecution of meth dealers who prey on the addicted along with strengthening treatment options to help keep people out of the criminal justice system, and enhancing public awareness to the dangers of methamphetamine.”

According the Medical Examiner’s Office, the people most impacted are those between 45 and 64 years of age, a group that in 2018 represented 247 deaths. People in this age bracket tend to have had chronic cardiovascular disease, which itself could have resulted from long-time methamphetamine abuse.

Of the more than 22,000 deaths each year in San Diego County, only about 3,000 of them require an investigation from the Medical Examiner’s Office, so there might be additional people dying because of methamphetamine abuse that the ME’s Office doesn’t see.

A total of 6,906 people were admitted to County-funded treatment programs due to meth abuse last year vs. 4,911 in 2017. The rise is believed to be the result of Drug Medi-Cal, which went into effect in July 2018 and increased access to treatment facilities throughout San Diego County.

57 percent of adult arrestees tested positive for meth in 2018, compared to 56 percent the previous year.

RELATED: Suspected smuggler arrested after trying to use remote-controlled car to transport meth

Most Meth Coming from Mexico

San Diego County has had a long history with meth and the problems that come along with it. While the region is no longer considered the “Meth Capital of the World,” and little meth is produced locally, there is more meth available, and it is more potent and cheaper than ever.

The highly addictive and deadly drug is being manufactured and smuggled across the border by Mexican drug cartels. Today, most of the methamphetamine in San Diego County is coming from Mexico.

According to the Drug Enforcement Administration, methamphetamine seizures from at the U.S.-Mexico ports of entry increased by nearly 40% in 2018. More than half (54%) of the methamphetamine seized along the border in 2018 occurred in the San Diego corridor.

With availability going up and prices coming down, meth is having more negative consequences in San Diego families and communities.

The County funds residential and outpatient treatment programs across the region to help people recover from addiction. Participation in a recovery program also improves overall health.

“There is help available. Treatment saves lives,” said Nick Macchione, director of the County Health and Human Services Agency and tri-chair of the Meth Strike Force. “We have expanded treatment programs throughout the region so people struggling with addiction can get on the road to recovery.”

People experiencing a drug addiction or who want to anonymously report meth or drug activity are encouraged to call the Meth Hotline at (877) NO-2-METH or visit www.no2meth.org. Treatment resources are available by calling the County’s Access and Crisis Line at (888) 724-7240 or by calling 2-1-1.