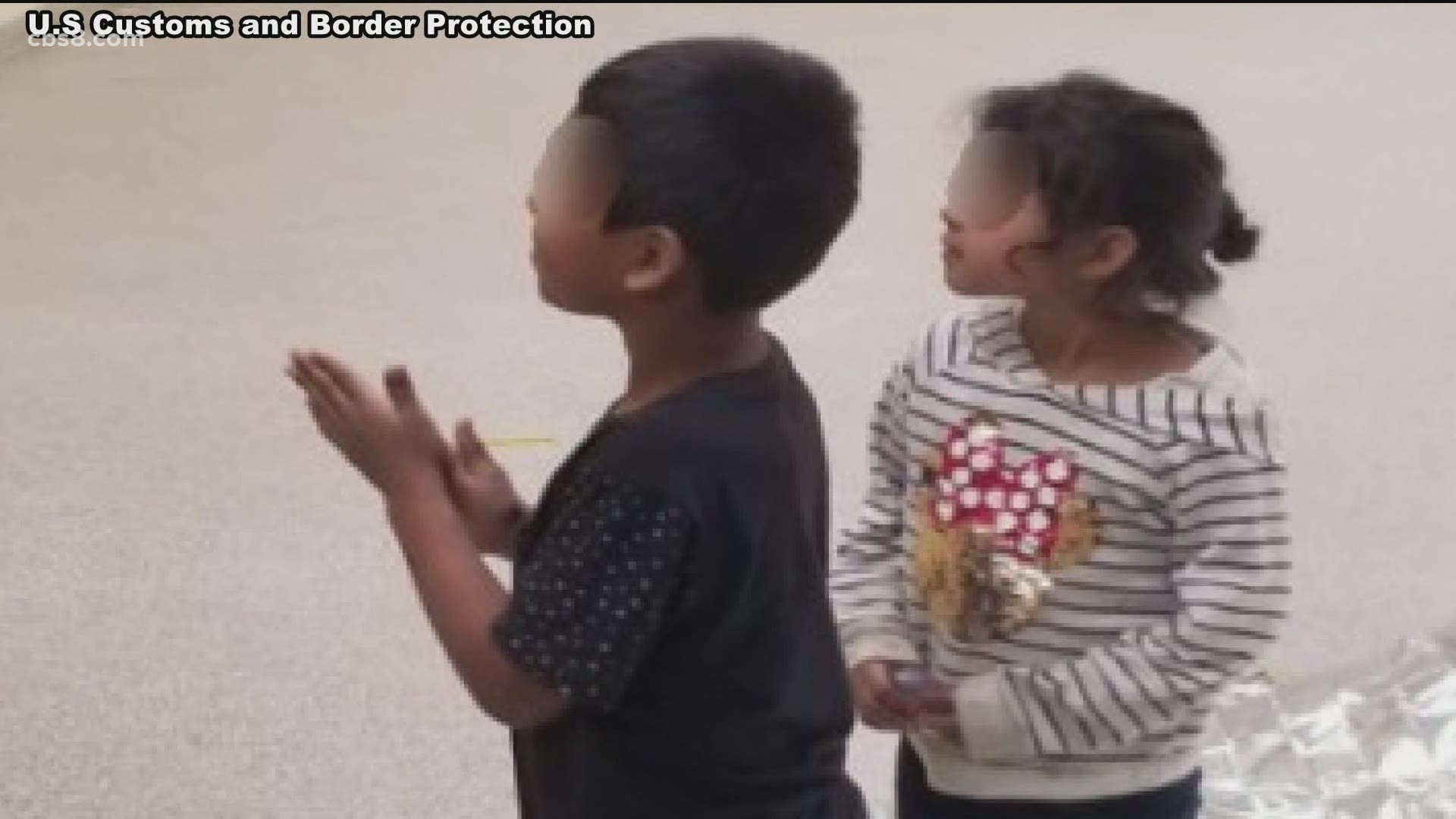 The children, ages five and six, were reportedly hoisted over large boulders by two unknown adults who left them there.

"Reports were they were crying, noticeably upset obviously being left there, but seemed to be in good health. They were taken back to the station and medically evaluated," said Border Patrol spokesperson Jeff Stephenson.

The children, who are siblings, were found where the border wall ends at the side of a mountain.

"They had the mother’s name and phone number written on their arm. They also had a handwritten note essentially with the same information on it," Stephenson said.

Similar scenes are playing out all over the country.

On Wednesday, video surfaced of a young boy crying in a Texas desert, telling agents he was abandoned by a group of migrants he had been traveling with.

According to statistics released by USBP, agents apprehended more than 18,800 unaccompanied minors in March, nearly double the amount detained in February.

In many cases, parents are working with smugglers to get their children across because the Biden administration isn't turning kids back.

Stephenson said taking that risk is not only illegal but dangerous.

“They do not have your best interest in mind. They're only looking to make money and profit off of people's desperation," he said.

Lawmakers are working on solutions.

In the meantime, self-separating migrants are being housed in shelters like the San Diego Convention Center, until they're connected with family or a sponsor who can care for them until an asylum hearing.