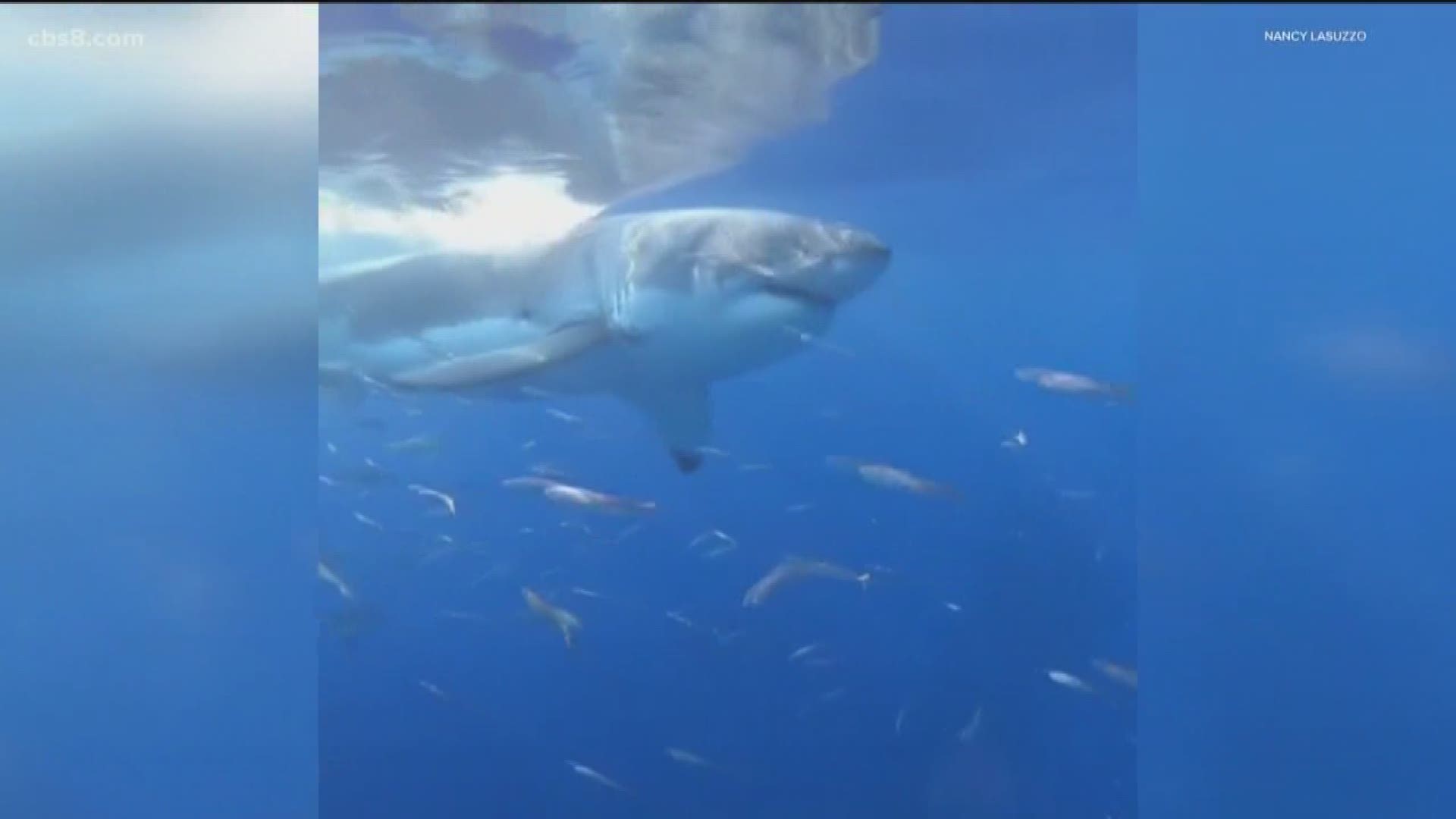 SAN DIEGO — A shark diving tour group out of San Diego came face to face last Saturday with a 17-foot great white shark as it took a big bite out of their cage.

The encounter with the great white shark happened during the group’s tour in Guadalupe Island, Mexico, a hotbed for sharks. The tour was chartered by Island Charters based in Point Loma and lasted for five days.

The female shark was named Bullet. The up and close encounter was captured on video, and the shark can be seen taken a bite out of the tour group’s cage.

“It took a bite out of the float on the side of the cage. We have those floats strategically placed so if a shark does decide he wants to interact with the cage it’s going to happen on a big plastic float. I was not nervous or scared during the entire ordeal, but it was definitely something that kept me on my toes for sure,” said John.

Eighteen people were on the trip, of which 14 were women who were fearless.

Among them was Nancy Lasuzzo of Bossier City, Louisiana. She came face to face with the shark and said she stayed calm and loved every moment of the close shark encounter.

“Bullet, the shark came up from the depths and just showed us who’s boss; she shook our cage a little bit, but surprisingly, there was no fear, it was just pure adrenaline and joy, when it was over it was just a feeling like wow, I was chosen for that moment in time and I will never forget that. It was the most beautiful thing I’ve seen in my life," she said.

The Conniffs said Bullet is the biggest great white shark they have seen in a few years and was not the only shark swimming close by to the group.

“You could see the women in the cage. They were thrilled about this. It does a good thing for sharks because it does to show they are not scary,” Juliet Conniff, with Islander Charters, Inc.

“There were three other sharks, all three females at the same time. They were all 14 feet or bigger, and after that interaction, that shark stayed around for the next four hours,” said John.

Guadalupe Island is a remote Mexican island 200 miles off the coast of Ensenada.

“The sharks are there every fall on their migratory path,” said Juliet.

How safe was it to be so close to such a huge animal?

“I think she [Lasuzzo] understood that she was safe the whole time, and we were in a somewhat controlled environment. She was getting footage of a lifetime,” said John.

The Conniffs carry a shark identification book with them, which lists over 200 sharks by name, like Bullet.

“Our hope is that we are increasing awareness and allowing people to interact in a way that makes them realize that this is an important part of the ecosystem,” John.

The next great white shark driving tour through Islander Charters leaves from Point Loma on Monday. 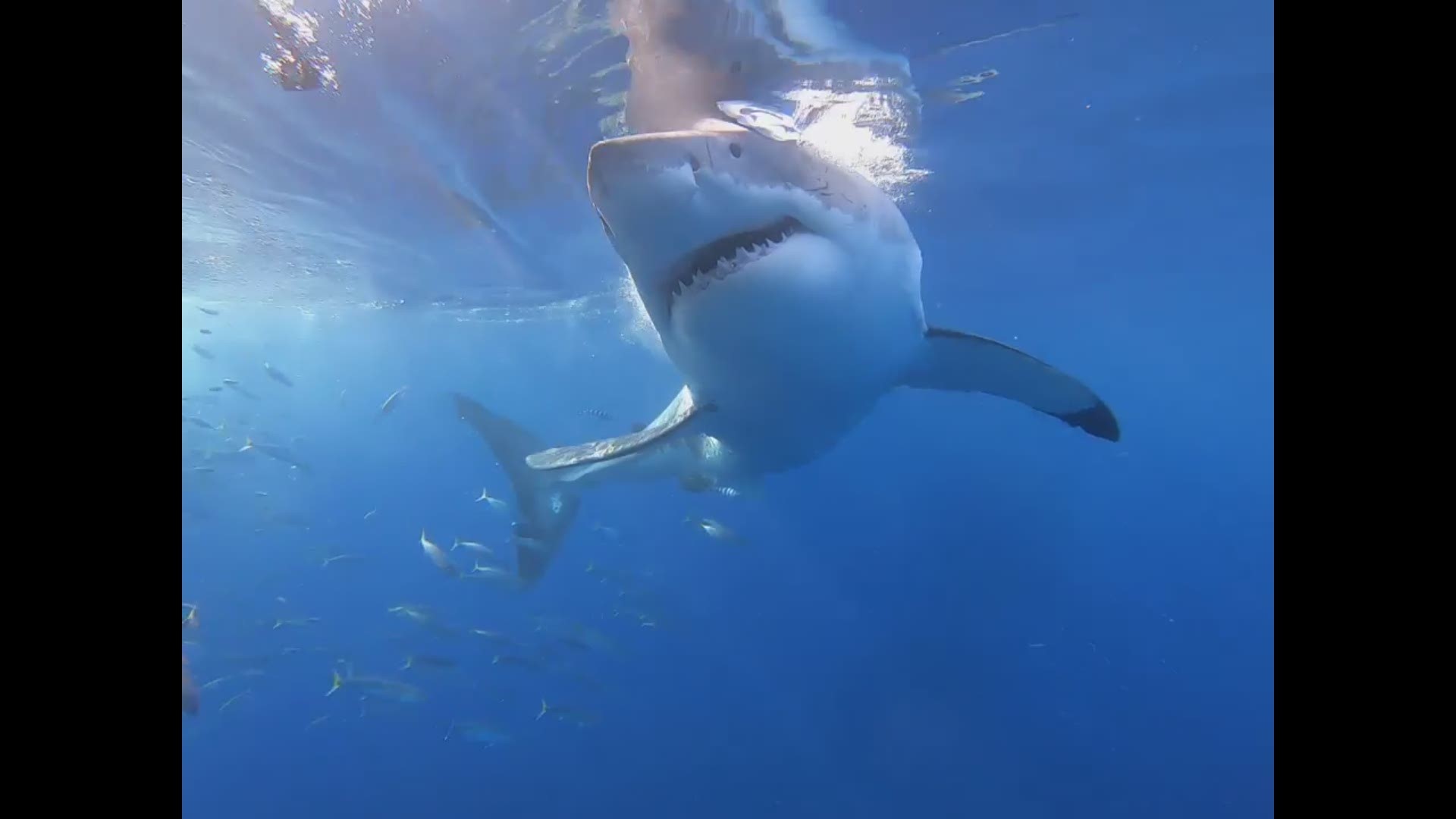