The state's chamber of commerce doesn't keep track of business closures, but San Diegans are starting to. 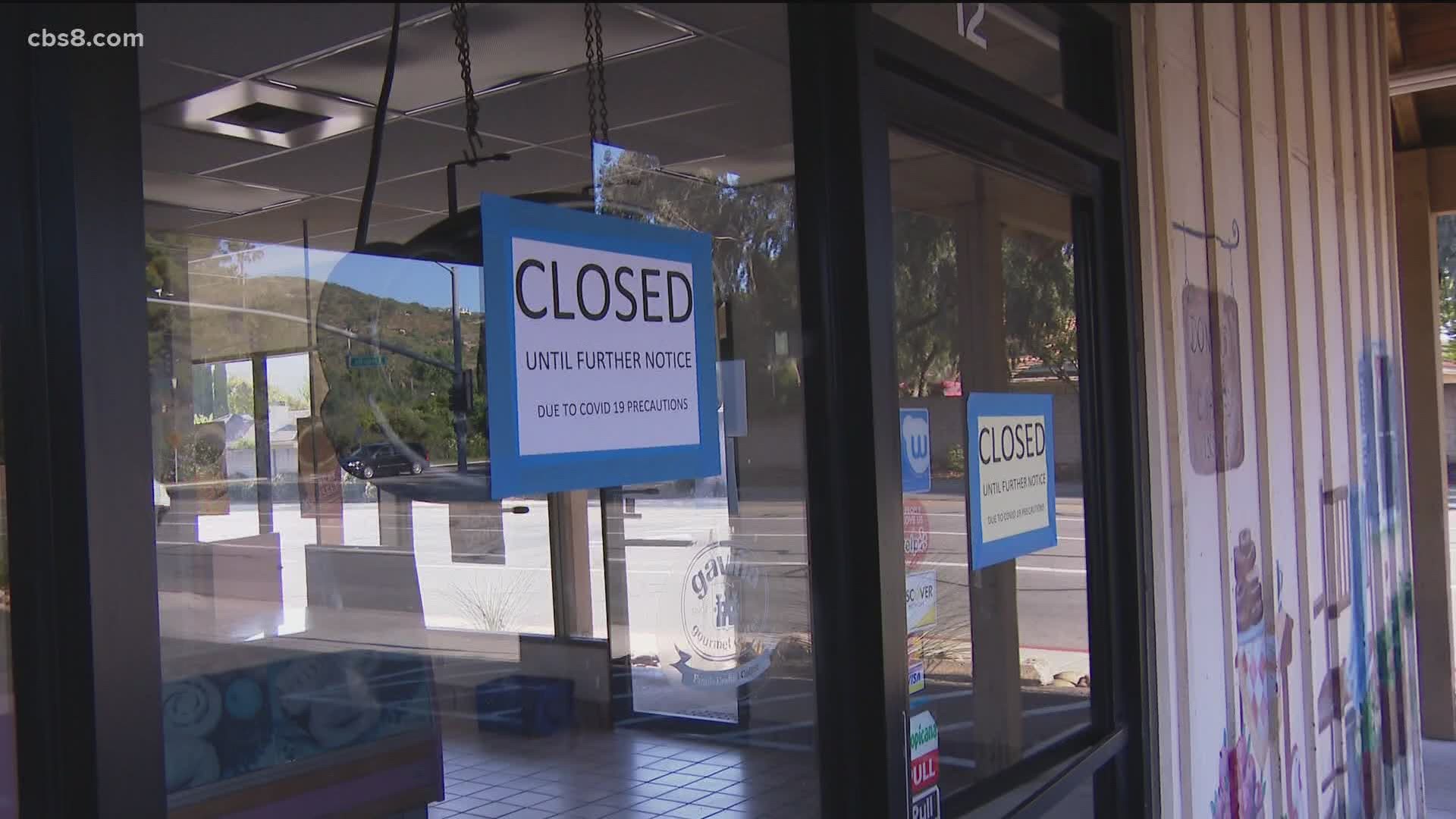 SAN DIEGO COUNTY, Calif. — Many San Diego businesses have decided to close for good despite the fact that roughly 70% of California's economy has been allowed to reopen.

The state's chamber of commerce doesn't keep track of business closures, but San Diegans are starting to.

At one shopping center in Poway, there are now three empty store fronts, and businesses that are still open are beginning to worry about the trickle effect.

Just when business was picking up at his juice and smoothie bar, Baradaran said both the next-door donut shop and Subway Sandwich restaurant shuttered their doors.

“People coming, used to go to Subway to get sandwich, and then come here to get a smoothie, but they're not coming here anymore,” he said.

He said the financial pressure from the pandemic was just too much to bear for his neighbors.

They are not the only San Diego businesses feeling the economic impact of the pandemic.

In Vista, Sunrise Cafe just announced its decision to close despite many pleas to stay open.

“I feel terrible for the business owners, especially for somebody that puts their years of their life to building a business and building a brand,” said Mike Jock, who frequently shops local.

The federal government is trying to limit the coronavirus' toll on business owners with low-interest and forgivable loans. The reality, however, is bleak.

A recent survey found that 7.5 million small businesses will permanently shut down over the next several months. Restaurants may be hardest hit, according to the California Restaurant Association.

“San Diego is certainly one of the hot dining scenes in the state of California,” said Restaurant Association CEO Jot Condie.

Condie is urging the governor to give the industry additional concessions, like deferment of fees and taxes.

"To allow us to come out of this hibernation to survive. If there aren't, as many as 20-30% of restaurants could not reopen,” said Condie.

Baradaran said he typically needs an average of 80 daily customers to pay his bills. Now, he's lucky if he sees even a handful, but he's hopeful.

“I cannot go sit at home and say 'oh no.' We have to be positive. We have to do something,” he said.

For small business owners who want to share their opinions on COVID-19 and what the biggest needs are in the recovery efforts, visit: sandiegobacktowork.com.

RELATED: Churches, gunshops and irate brides: All the shutdown lawsuits against Newsom, explained