Mayor Faulconer will also detail a new regional binational working group that tracks and monitors the pandemic in San Diego and Baja California. 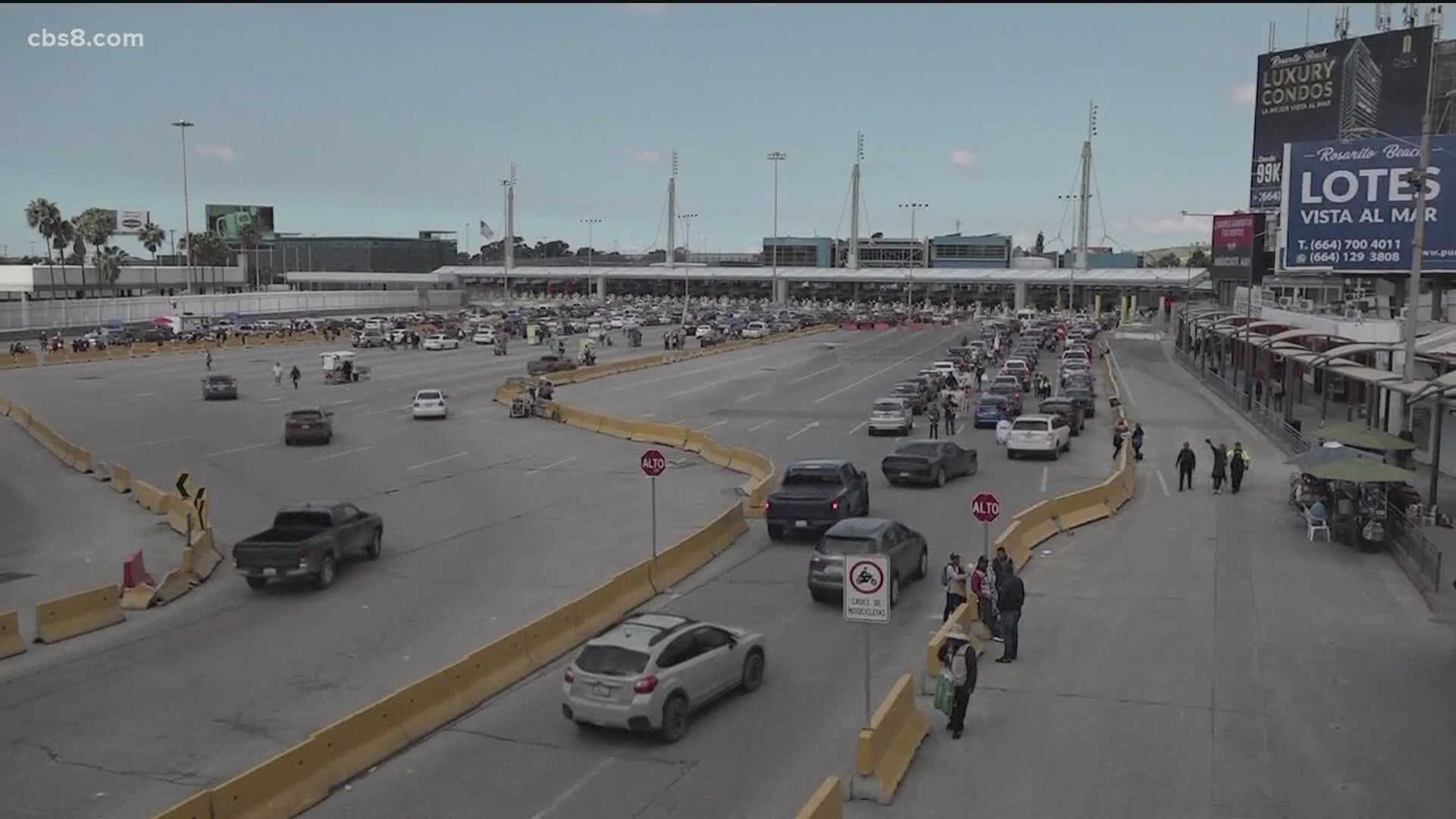 SAN DIEGO COUNTY, Calif. — For the first time since the start of the coronavirus pandemic, the City of San Diego addressed the surge in COVID-19 cases crossing the border into the region.

The U.S.-Mexico border remains closed to non-essential travel, but officials attribute the influx to legal crossings from Tijuana. They include workers in high contact jobs such as grocery stores, driving delivery vans, and working in personal care positions.

San Diego Mayor Kevin Faulconer on Tuesday announced the establishment of a binational, regional group responsible for monitoring the potential impacts of COVID-19 and cross-border travel between the United States and Mexico on San Diego health care and emergency resources.

The San Diego Region Border Unified Command was established last month and consists of more than a dozen local, state and federal agencies, which will track and respond to any impacts brought on by U.S. citizens crossing into the U.S. from Mexico to seek treatment for COVID-19 or other illnesses.

"The objectives of this group are really to monitor cross-border health care systems and to plan and prepare for impacts from the pandemic," Faulconer said.

Projections show Mexico may hit its COVID-19 peak in the coming weeks, putting a strain on health care systems south of the border, according to city officials, who said the border group meets twice a week "with daily data reports to prepare for potential scenarios and reduce the impact on San Diego County resources."

Faulconer said "COVID-19 knows no boundaries, so our border region is working together to monitor the situation in Baja and preparing for healthcare impacts in the San Diego region should they arise."

The face shields were printed in San Diego libraries, which have been closed to the public due to the pandemic, and utilized in the meantime to produce face shields for local hospital workers.

City officials said the printers can produce about 300 face shields per week, with more than 1,600 produced and donated over the past month.

A donation of five ventilators will also be made by CalDART, a group that uses general aviation aircraft for disaster airlifts, which will manufacture and distribute the emergency ventilators.

Tijuana Mayor Arturo Gonzalez-Cruz said the donations "without a doubt will protect our medical staff that everyday works tirelessly."

News 8 also collected data, from the county's Office of Border Health. It shows, of the 388 non-resident COVID-19 cases in San Diego County, 33 are Mexican nationals.

Officials add, "of the recent cases diagnosed at the two hospitals in Chula Vista, at least half report travel across the border within the previous two weeks of the onset of symptoms."

So what prompted the city to act now?

Chief John Wood of the emergency operations center for San Diego said, “it's our jobs to look at the hazards and plan appropriately.”

Executives at Sharp and Scripps wrote to federal officials.

In a letter obtained by News 8, they asked for "urgent action on behalf of health care providers on the U.S.-Mexico border,” including temperature checks and a mandatory quarantine for anyone entering—who's suspected of being infected.

For now, Acting Secretary of Homeland Security Chad Wolf says he will brief the media Wednesday, about his recent tour of the San Ysidro Port of Entry.