SAN DIEGO — A private pilot escaped injury Thursday when the single-engine plane he was flying crash-landed in a field near the Jamul Casino on State Route 94.

The plane came to a stop just 400 feet from the Jamul Casino.

Witnesses watched as the pilot of the single-engine experimental aircraft went down. The skid marks, still visible on the ground.

“I see [sic] the plane come down, down, down and then go down and crash,” said a witness.

Tracie Nelson manages the 6,000-acre ecological preserve where the plane went down. She saw it in the air and then moments later learned about the crash. She was able to talk to the pilot.

“I talked to him. He seems relatively unshaken. He’s not hurt, says his cell dislodged from his pocket and didn’t break, so I think he’s super fortunate,” she said.

The pilot’s name has not been released, but the plane is registered to 66-year-old Richard Burris of Santee.

Experimental planes are common in the area, and Nelson said she sees planes flying low all the time doing practice runs.

The aircrafts are often built from kits which must be certified by the FAA.

“They are called experimental because that is the classification. You have a certified aircraft that is built by a manufacturer and it is certified by the FAA and then you have another class, which is experimental,” said Jim Scherrer, who is a pilot.

The pilot told authorities that one of his concerns was making sure he stayed away from any population.

Medics evaluated the pilot -- the sole occupant of the plane at the time of the accident -- at the scene, determining that he was unharmed, said Issac Sanchez, a fire captain with Cal Fire.

It was not immediately clear what led to the hard landing near Jamul Casino. 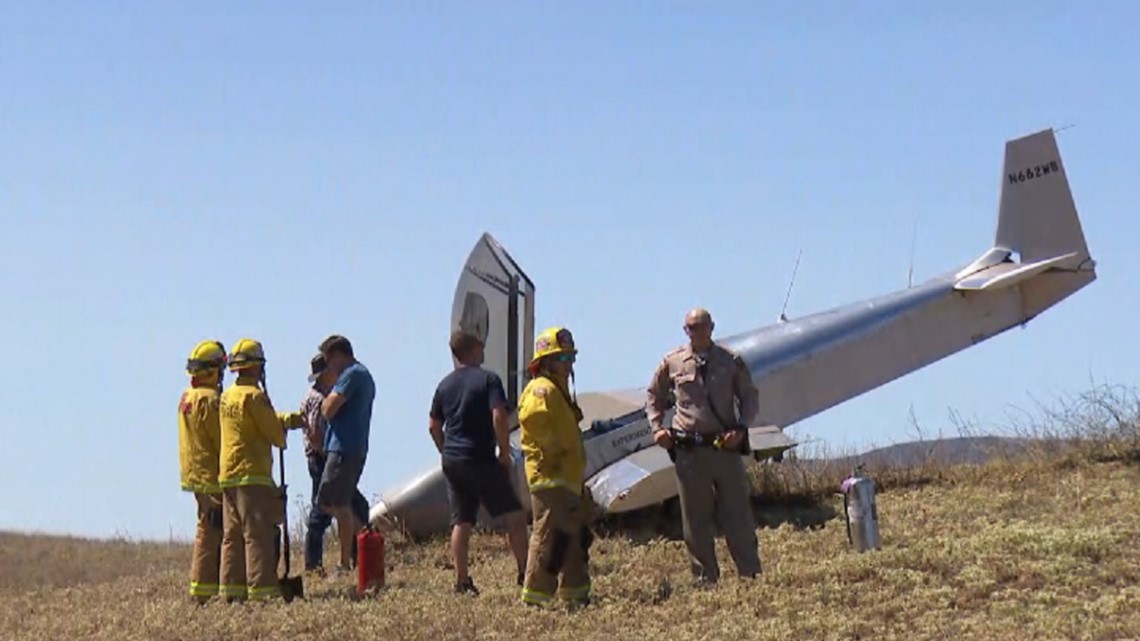