South Bay holiday light display in the spotlight during pandemic

Chula Vista's Christmas City show is going on anyway and now controversy is lighting up with it. 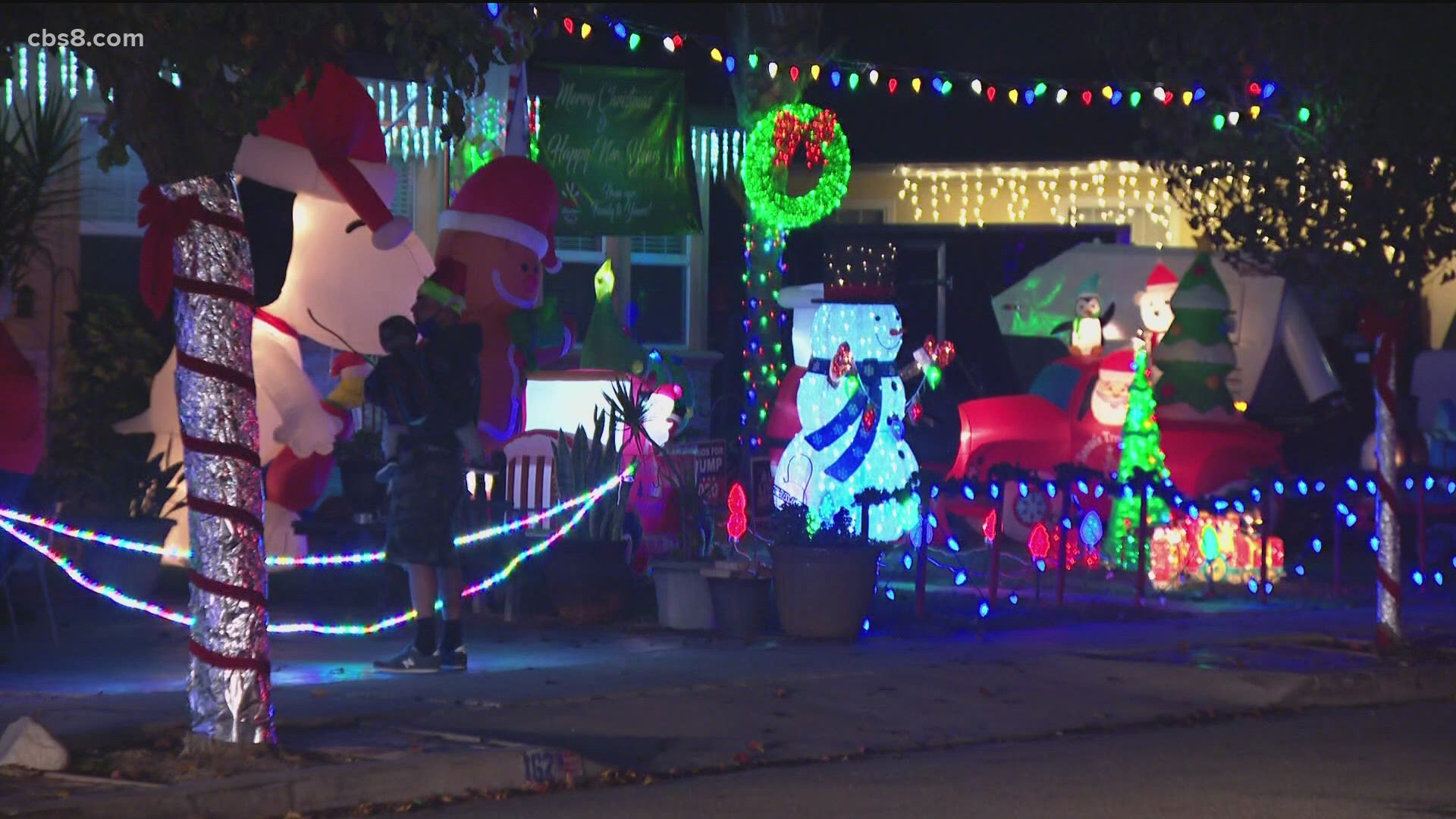 CHULA VISTA, Calif. — A South Bay neighborhood is in the spotlight after defying a request from Chula Vista officials not to hold its yearly holiday light display. The show is going on anyway and now controversy is lighting up with it.

They call it Christmas City and it’s a beautiful tradition of homes being decorated with lights, but this year is a little different. The pandemic has put a damper on the annual event and the city mayor is suggesting people not to come out and see them.

Bright lights, reindeer on the lawn and Santa Claus making his way through. This wonderful display of Christmas lights has been put on by Chula Vista residents for over 60 years.

“Hundreds of thousands of people have enjoyed it, including my children and my grandchildren,” said Chula Vista Mayor Mary Casillas Salas.

Thousands of people usually show up, but that can be unsafe during the pandemic.

“We know that we cannot prohibit anyone from decorating their house and if that’s what they want to do, that’s great. But what we cannot do as a city, is we cannot sponsor of sanction that," said Salas.

Salas says she understands people not wanting to break with tradition but abiding by the county’s strict purple tier guidelines will help us all and save lives.

“We have an infection rate in Chula Vista of 11%. It would be irresponsible for me as Mayor to promote or to have the city sponsor that kind of activity," continued Salas. "We really have been encouraging for weeks for people to be disciplined and to not gather in masses.”

CBS 8 didn’t see as many people walking the block as we normally would but there was still a lot of traffic.

The Mayor is reminding people to take precautions during the pandemic. 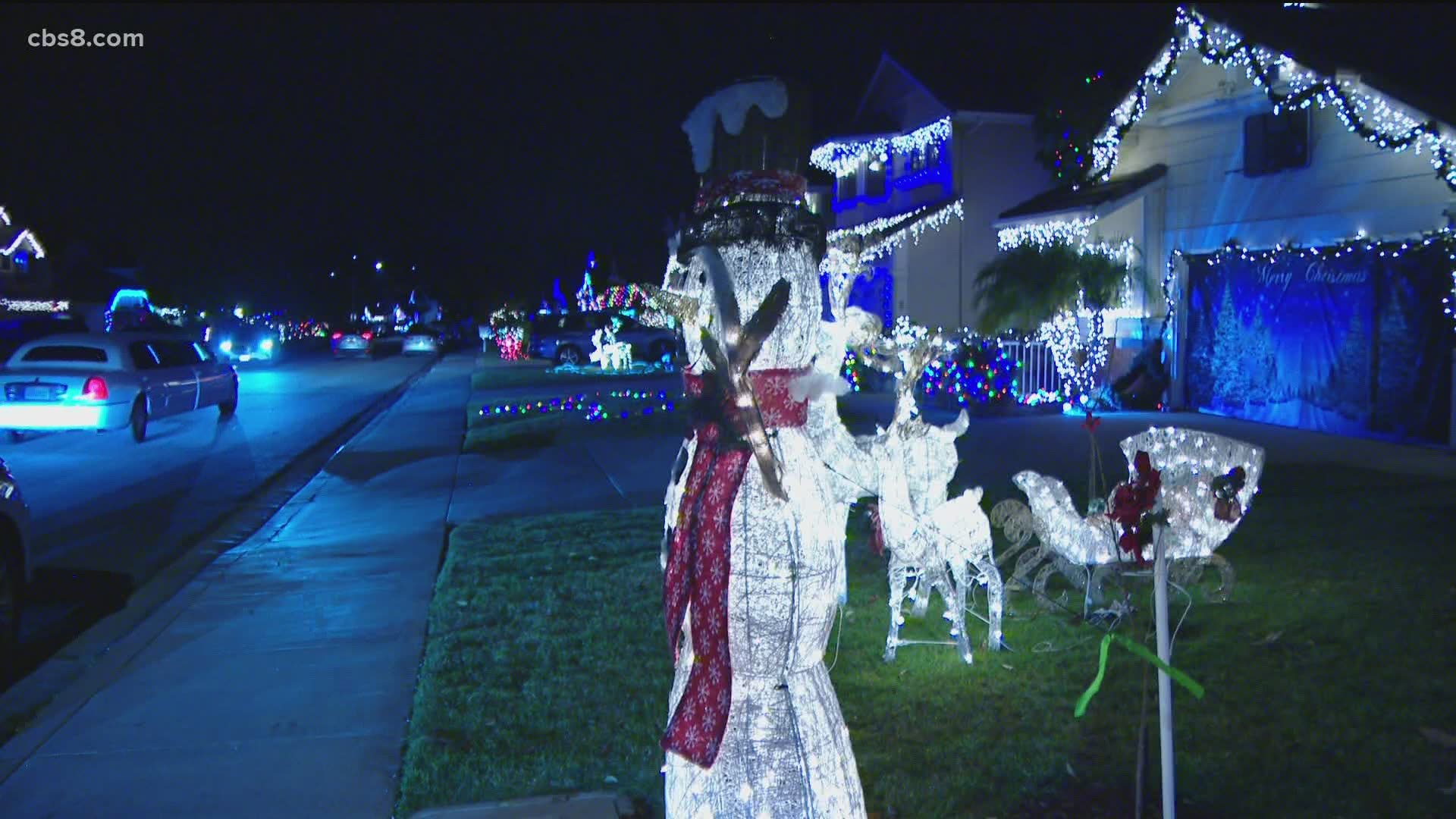