La Mesa Police chief responds to use of use of 'less-lethal' bean bag projectiles. 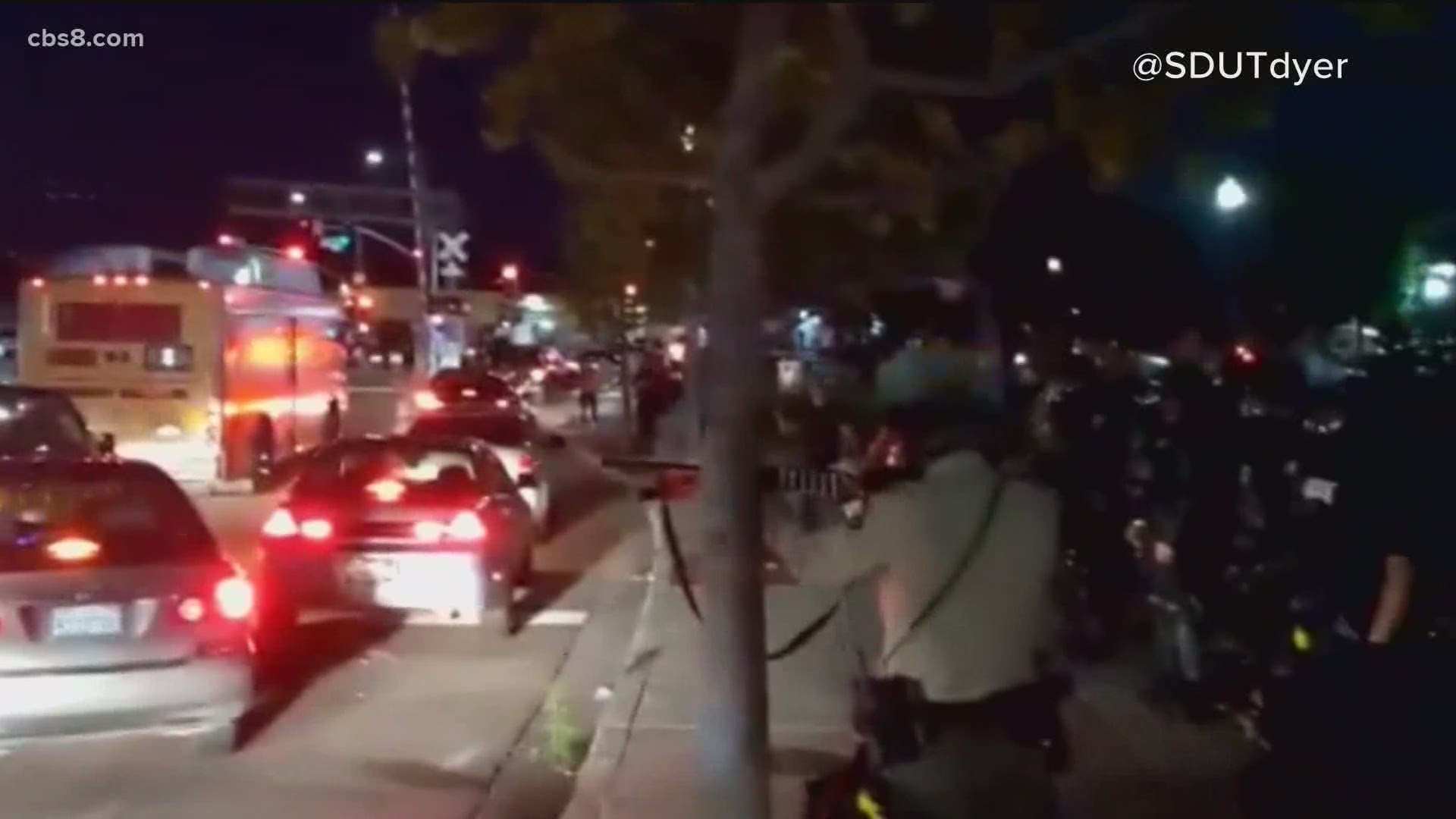 LA MESA, Calif. — A third person has come forward to say he was shot in the head with a "less-lethal" projectile during weekend protests in La Mesa.

Tyler Astorga, 18, said he was driving his car near the La Mesa police station when a San Diego County Sheriff’s deputy shot him in the head with a bean bag round.

“He is absolutely lucky to be alive, and he's lucky that he didn’t hurt somebody when he was hit,” said the teen’s attorney, Dante Pride.

The attorney said Astorga received five staples in his head at the emergency room.  At the time of the shooting, protesters were all over the area as Astorga drove with his window down.  Structure fires were burning nearby.

“He was driving a 3,000 to 4,000 pound vehicle and he told me after he was hit he lost control of the vehicle, fell to the side and swerved off to the side.   When that happened and the blood started running out, his friends started yelling and no officers came over to him to see if he was okay,” said Pride.

The attorney is trying to get information about which deputy shot his client and why.

The San Diego Union Tribune first reported on Astorga’s injuries.  Reporter Andrew Dyer posted video on twitter showing a deputy firing through traffic and into a crowd of protesters Saturday night.  It is unclear from the UT video whether anyone was hit or whether that deputy had any role in the shooting of the teenager.

As News 8 first reported earlier this week, two other people were shot in the head with projectiles Saturday at the same protest.

The first was Delane Hurley, 50, who was shot in the cheek as she was walking by the police station and stopped to watch the protest during daytime hours.  She received four stitches and may have jaw damage.

The second victim was Leslie Furcron, 59, a grandmother who was hit between the eyes as she protested in the police parking lot at approximately 8:15 p.m.  She remains hospitalized in the ICU.

“The amount of force being used on these individuals is too much and the manner in which it's done seems to be random and untrained,” said Pride.

At a news conference Wednesday, La Mesa Police Chief Walt Vasquez confirmed one of his officers was under investigation for the incident involving the shooting of the grandmother.

“It’s a less-lethal round.  It’s a bean bag round and the torso is the target when you engage someone with it,” said Chief Vasquez.

“The initial aim was at the torso area, as trained,” Vasquez added, implying the officer missed his aim when Furcron was hit in the head.

The chief said he had only heard about the shooting incident involving Furcron, the grandmother, and had no information about the other two non-protesters who were hit.

"When we started receiving softball sized rocks and bottles that were breaking a majority of the windows at the La Mesa Police Department, endangering the lives of personnel and endangering the officers and deputies on scene, then you make decisions of less-lethal munitions, of the bean-bag round and the pepper balls." he said during a one-on-one interview with News 8 following the media conference.

“The first deployment was actually the tear gas.  During that riot we received two Molotov cocktails into the police station to try and burn it down, and that's when you start deploying less-than-lethal munitions, which was the bean bag rounds and also the pepper balls,” Vasquez said.  “Our intent is never, ever to injure anyone.  The training and the policy states the torso.  When you deploy a bean bag round you are aiming at the torso.”

"I don't know how else I can express our sympathies toward what occurred.  The fact remains that we were in a riotous situation, and they were deployed,” he said. 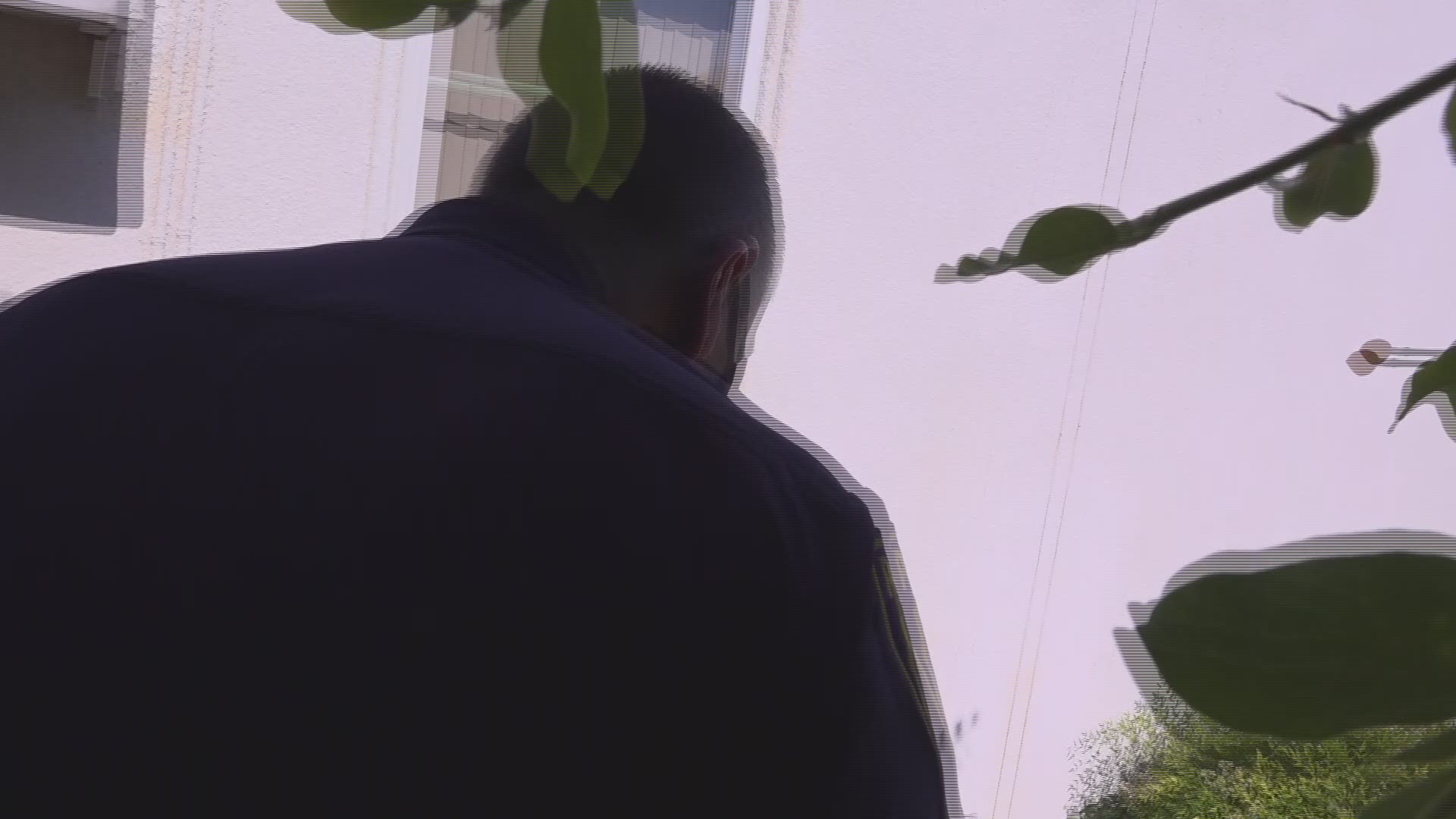