La Mesa resident was taking afternoon walk and was not part of protest. 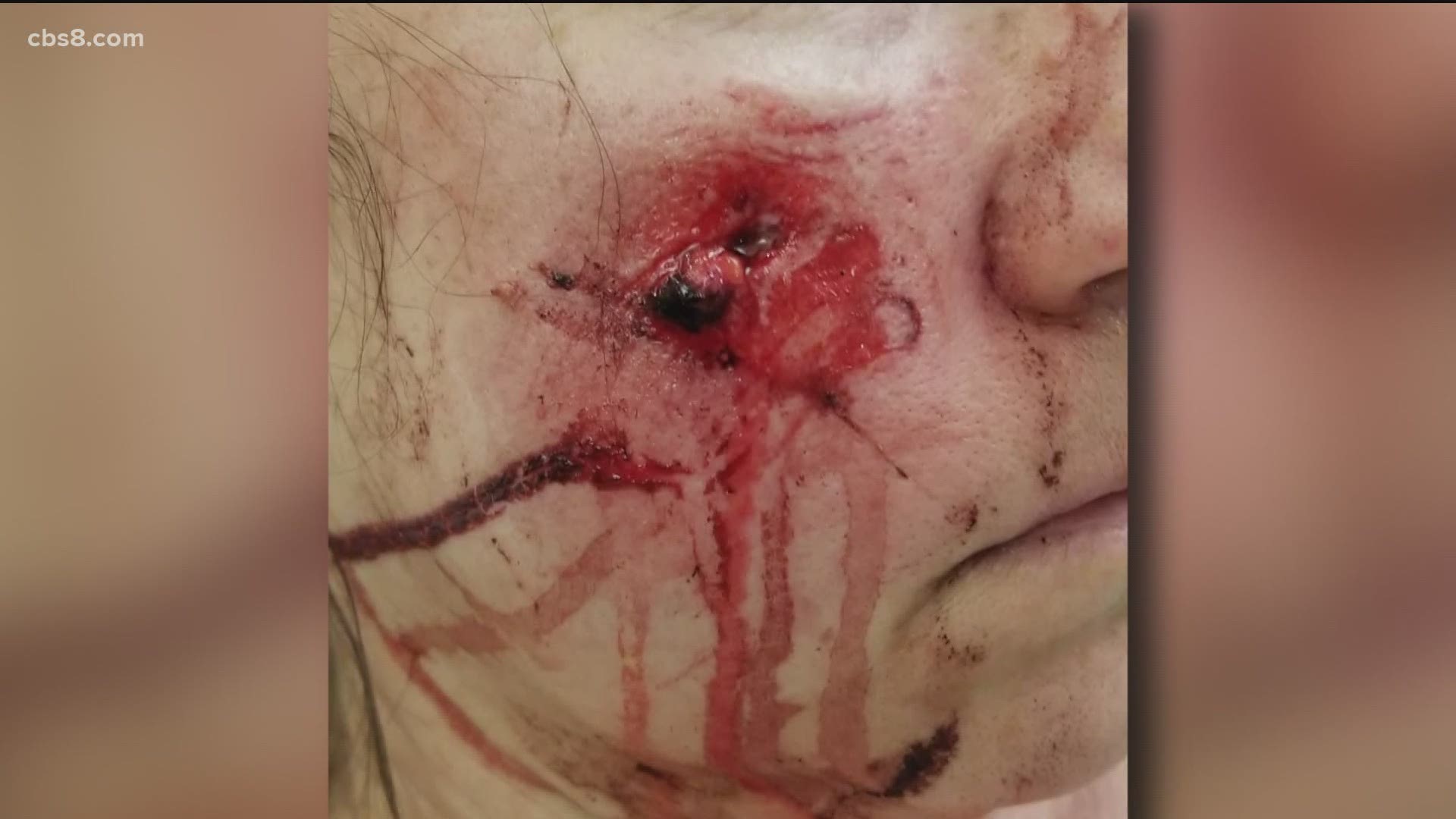 LA MESA, Calif. — A second woman has come forward to say she was shot in the face with a police projectile at a George Floyd protest in La Mesa.

News 8 first reported Monday on a grandmother who remains hospitalized in the ICU after being hit between the eyes.

The latest victim says she wasn't even part of the La Mesa protest Saturday night where the police opened fire with "less-lethal" ammo.

“All of a sudden I felt something split my face open and I could just feel the blood leaving my face,” said Delane Hurley, a resident of La Mesa.

RELATED: Family of San Diego woman shot in the head with non-lethal round demand action

Hurley, 50, said it all began with her Saturday afternoon walk past the La Mesa Police Department on University Avenue.

She stopped in front of the station to watch the protesters in the police parking lot. She said this was before any tear gas had been fired at the scene.

“They didn't make an announcement.  If somebody would have said you need to leave, I would have left.  No one told me to leave or that they were going to use force on a crowd that, from what I could see, was peaceful at that moment,” she said.

Hurley said she jumped in front of an elderly woman, who was walking her dog, to protect her. That’s when Hurley felt the pain.

“It absolutely felt like a direct hit. It went basically to the bone, my cheek bone,” she said.

Hurley went to the emergency room and received four stitches in her face. There also may be damage to her jaw, she said.

“We weren’t doing anything. I feel like there could have been a thousand other ways to disperse the crowd,” Hurley said.

There are conflicting reports about whether officers were using bean bags or rubber bullet projectiles.

La Mesa Police Department has not responded to repeated requests for comment.

"Until we see our law enforcement admit when they make a mistake, I think we're going to continue to perpetuate the problems that we're experiencing," Hurley said.