Take a look back at celebrations of National Hispanic Heritage Month in San Diego and News 8’s profiles of several notable Latinos and Hispanics born in California. 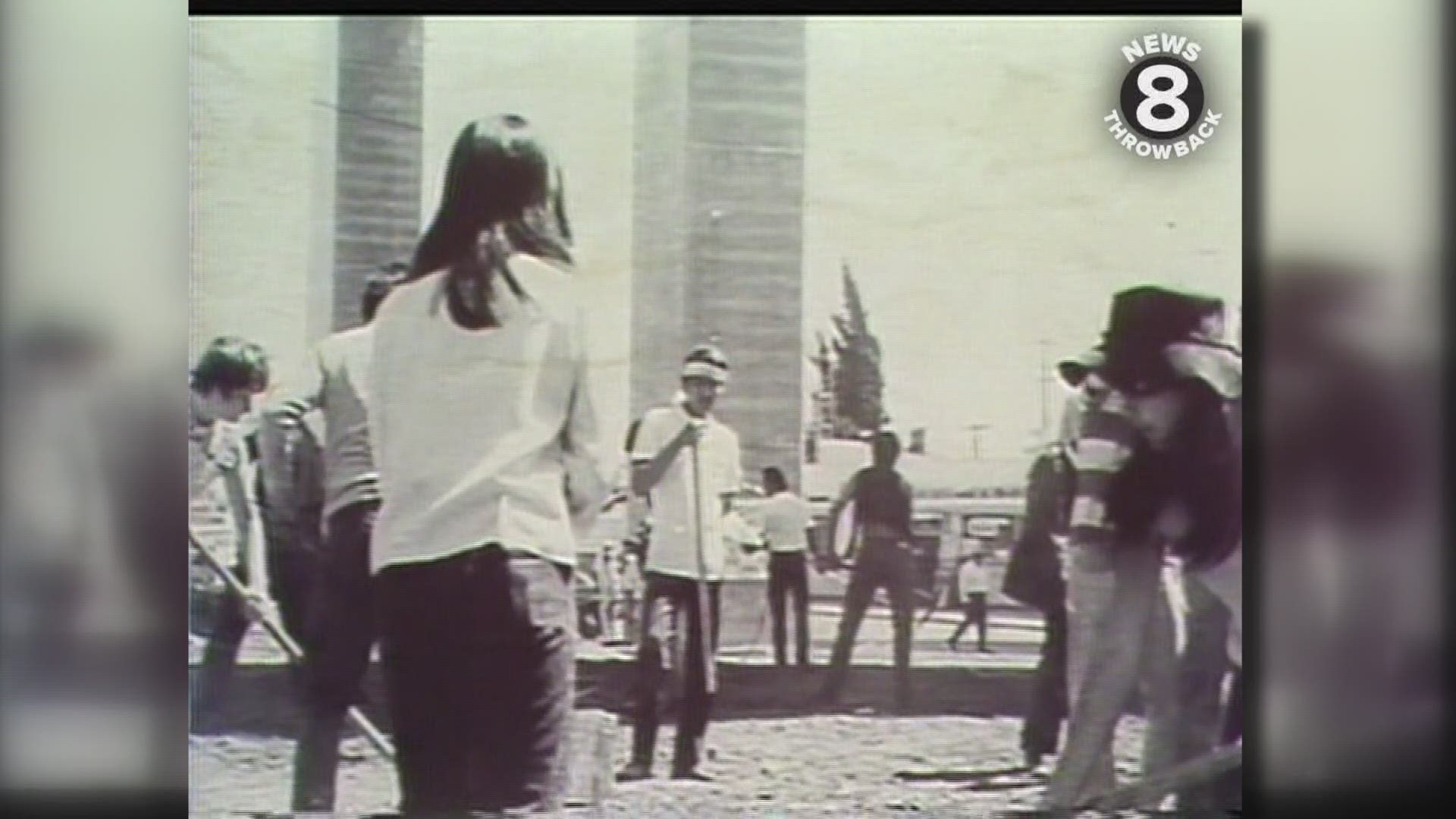 SAN DIEGO — National Hispanic Heritage Month – which kicked off this week and runs through Oct. 15 – is a time to recognize contributions by Hispanic and Latino Americans in the United States and to also celebrate their history and heritage. As a border town with close ties to Mexico, San Diego is full of reflections of these rich cultures and have celebrated the designated heritage month in a variety of ways over the years.

For this week’s News 8 Throwback, we’re looking back at the celebrations of National Hispanic Heritage Month in San Diego and News 8’s own profiles of several notable Latinos and Hispanics born in San Diego or nearby.

In 1979, Chicano Park in the Barrio Logan/Logan Heights area of San Diego celebrated its ninth anniversary. The park came to be after residents in the area fought for it, cleared the land and built it themselves. News 8’s Shirley Clum reported on the anniversary festivities which included food, speeches, music and lots of dancing.

In 1993, News 8 profiled several remarkable Latinos and Hispanics who were natives of San Diego and California and highlighted their contributions to society. One of these profiles featured the first Latina astronaut Ellen Ochoa. Ellen was born in Los Angeles but grew up in La Mesa graduating from Grossmont High School in 1975 and SDSU in 1980 before earning a masters and doctorate from Stanford. Ochoa became the first Hispanic woman to go to space when she went on a mission aboard the Space Shuttle Discovery in 1993. In News 8’s feature on Ellen she visited Sherman Elementary School and spoke to the students about pursuing their dreams and continuing their education.

RELATED: Grossmont grad Ellen Ochoa to be inducted to Astronaut Hall of Fame

Another News 8 profile from 1993 featured now Congressman Juan Vargas who was born and raised on a chicken ranch in National City with nine siblings and his parents who immigrated to the U.S. from Mexico. In our feature on Juan – who was then the only Latino member of the San Diego City Council – the UCSD and Harvard graduate talked about proving himself on his road to politics. Juan also talked about speaking to children about struggling with being poor as a child and credited his parents with his success.

In 1995, Chicano Park and the Chicano Federation celebrated over a quarter century in San Diego. One of the federations founders Irma Castro spoke with News 8 about the evolution of the organization. She said that protests and demonstrations were their main avenues for creating change in the early years but that after decades of work, they were making moves in the boardroom and beyond. She also spoke about the future of the federation – which is still going strong today and will host a National Hispanic and Latino Heritage Month event on Oct. 12.