There are two drive-ins left in San Diego County - Santee and South Bay - but it seems like drive-in movie theaters may be making a comeback. 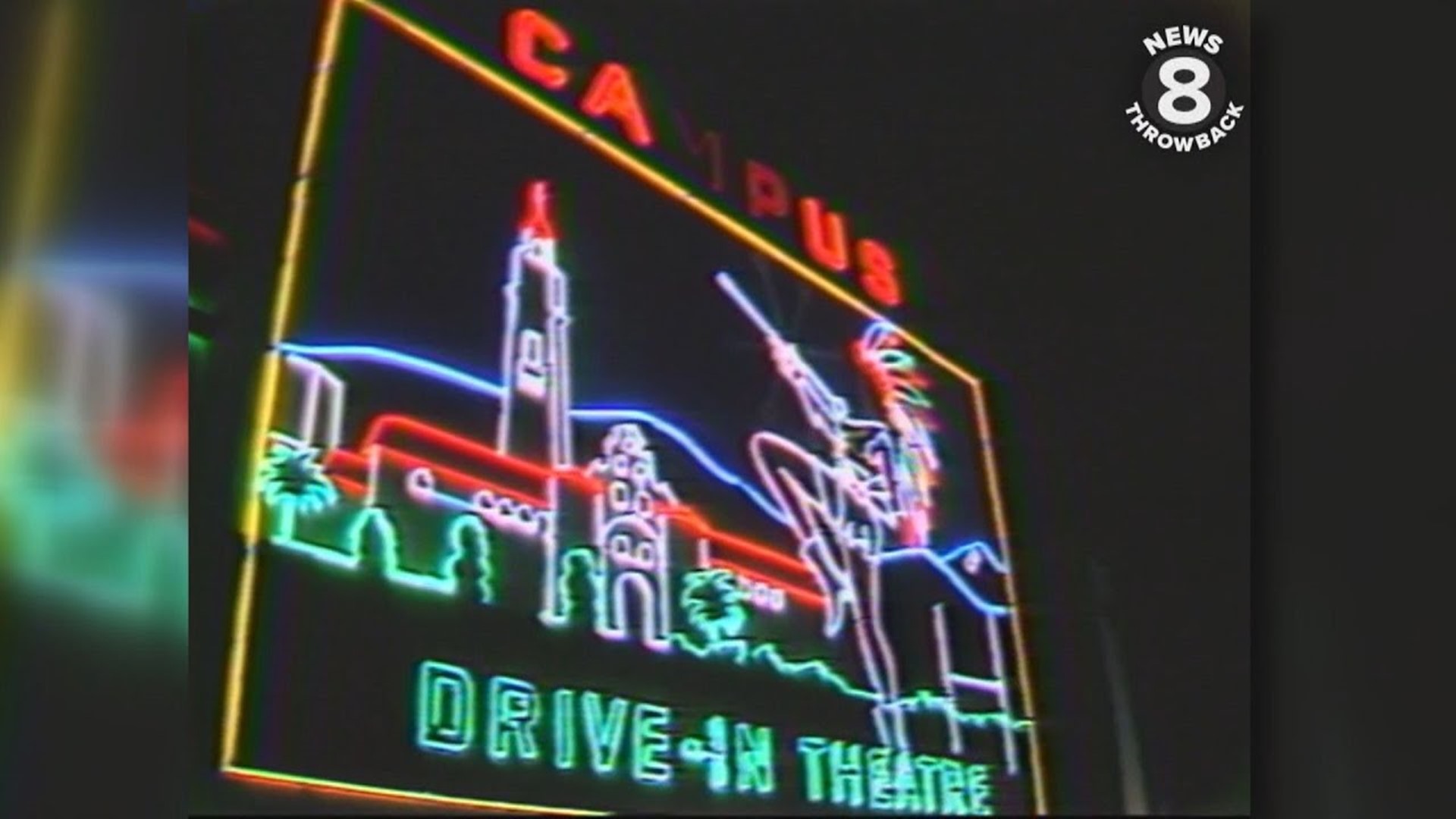 SAN DIEGO COUNTY, Calif. — One of America’s favorite pastimes of yesteryear is sounding like a really good idea right about now: drive-in movie theaters. For years, movie lovers have loaded up the car to see films on the big screen in the great outdoors.

Even though the drive-in was a bargain, many tried to get in free by hiding in trunks. You could bring your own food and drink, but the concession stands had delicious fresh popcorn and other treats. The sound quality wasn’t that great, but no one cared.

There are two drive-ins left in San Diego County  - Santee and South Bay - which each do double duty as swap meets by day. But in the 1950s, ‘60s and ‘70s there were several all around the county. They started to disappear in the late 1970s and 80s and were replaced by shopping malls. The drive-ins occupied a lot of land and more money could be made from retail centers. But around the country, they have started making a comeback.

We hope these stories from the News 8 archives stir up happy memories of the good old days.

This snippet from 1978 features the Midway Drive-In which was showing the action-comedy flick “Every Which Way But Loose” starring Clint Eastwood with a lesser-known sci-fi film called “Laserblast.” The Sports Arena area drive-in opened in late 1947 and closed in 1980, according to CinemaTreasure.org which features photos of the drive-in's glory days.

In early 1983, the Campus Drive-In on El Cajon Boulevard in San Diego was about to close to make way for a new shopping center. News 8’s Reed Galin was there as patrons said goodbye to an old favorite as the fantasy film "The Dark Crystal” was shown. Galin reported that it had been one of the biggest and best-known drive-ins of about 15 in San Diego County. The neon majorette that lit up for the first time in 1948 was one stand out of the drive-in and though the drive-in was soon demolished, she is now part of the College Grove Shopping Center and was featured in our very first News 8 Throwback piece in 2018.

News 8 was also there on the Campus Drive-In's last night – Feb. 6, 1983 – when they rolled back prices to 50 cents per person with free popcorn as a final farewell.

In October 1985, the Frontier Drive-In in Point Loma had its last showing. Long-time patron Joe Rodriguez was the first in line for the event and told News 8’s Carol Hasson he’d been going to the drive-in theater since he was a baby. Sadly, the site was turning into a shopping center, as was the fate of many drive-ins. Staff and other moviegoers shared their fond memories of the drive-in as they attended its final sendoff.

News 8’s Larry Himmel went in search of some old-fashioned fun in 2005 and found it at the Santee Drive-In and South Bay Drive-In - the only two remaining drive-in movie theaters in all of San Diego County. While the magic of the silver screen still called to movie lovers, some things at the drive-ins had changed since their heyday with more screens to choose from and better picture and sound quality. And attendees still agreed the drive-in was still a bargain for family entertainment.