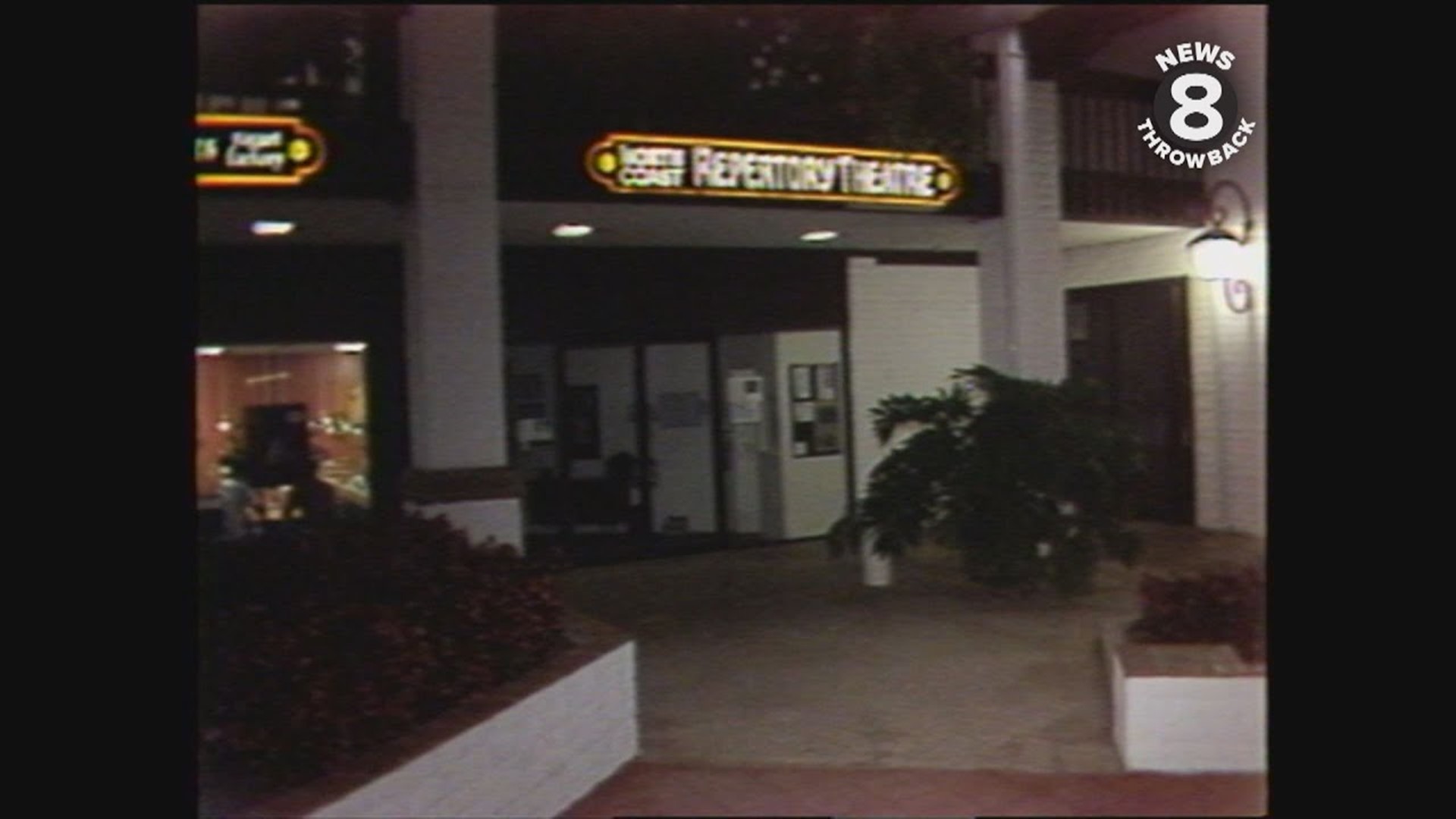 SAN DIEGO — Tales of revitalization, rebirth and restoration abound in these stories of the Old Globe, La Jolla Playhouse, North Coast Repertory Theatre and Starlight Bowl from the 1970s and '80s. And another renaissance seems to be on the rise as stages across San Diego are no longer dark following COVID closures.

The arts scene across the county is coming back to life with the Globe and Rep reopening in recent weeks and La Jolla Playhouse to open next month. While Starlight has been shut down for some time, a local group is hoping to change that.

Broadway-bound plays premiered on some of these stages and San Diego continues to enjoy world-class productions considered some of the best in the world. These playhouses - and others - have also hosted legendary actors through the years and we have some bonus clips of leading ladies rehearsing and performing in San Diego.

An arson fire destroyed the Old Globe Theatre on March 8, 1978. The 40-year-old replica of Shakespeare's playhouse was gutted within an hour. They pledged to rebuild and were in the process of fundraising when News 8 visited in September of that year.

The show did go on though - outdoors with the 29th annual Summer Shakespearean Festival. Reporter Judy Elfenbein talked to producer/director Craig Noel and he said small contributions were coming in but what they really needed was matching grants.

Judy said the plan was to re-open in 1980 but that didn't happen. It opened in 1982 and had 580 seats. When the Festival Stage was destroyed by another arson fire in 1984, the new 620-seat Lowell Davies Festival Theatre was constructed in 1985.

The Old Globe is a San Diego treasure and its productions are top-notch. The return of full-scale productions after the theatre closed due to COVID-19, began on August 10, 2021, with the legendary rock musical "Hair."

News 8 was at the dress rehearsal of "Oklahoma!" at the Starlight Bowl in Balboa Park in June 1979. It was the first of four productions marking Starlight's 34th season. "Pajama Game," "Shenandoah," and "South Pacific" would follow.

Reporter Gene Cubbison explained "the freeze" when all action came to a stop when planes from nearby Lindbergh Field flew overhead. When the red light went on, performers stopped singing or talking until the green light came on. It was definitely a unique experience attending shows there.

Starlight Bowl closed in 2011 and has fallen into disrepair. An organization called Save Starlight is working to save it.

This is their mission statement:

"The Save Starlight organization’s goal is to preserve The Starlight Bowls history and memories and to also create a new and adaptable platform for future events and generations."

This profile of the La Jolla Playhouse highlighted the theatre's rebirth in 1983. The playhouse originally opened in 1947 and was founded by legendary actor and San Diego native Gregory Peck along with actress Dorothy McGuire and actor-director Mel Ferrer.

During News 8's visit to the playhouse in June 1983, reporter Marty Levin spoke to Werner Klemperer of the CBS sitcom "Hogan's Heroes" who was starring in "The Visions of Simone Machard" at the playhouse that summer. Klemperer had high hopes for the playhouse as a cultural arts center.

The theatre's renaissance was thanks to director Des McAnuff who also spoke to News 8. He said he had spoken to Gregory Peck about the rebirth of the theatre and the vision for its future.

McAnuff is known for Broadway musical theatre productions including "Big River," "The Who's Tommy" (see footage of that here!) and "Jersey Boys" - which originated at the playhouse and will soon be a feature film starting Nick Jonas as Frankie Valli, according to reports.

Another playhouse-born piece "Come From Away" will also get a film version in 2021 on Apple+ TV, according to a representative of the La Jolla Playhouse.

The playhouse will start its 2021/2022 season in September with "The Garden."

With a unique location in a shopping center, North Coast Repertory Theatre has been a part of the San Diego County arts scene since 1982. The Rep has put on decades of productions - sometimes controversial - that have drawn audiences from far and wide.

The playhouse was founded by Olive Blackistone and her husband Tom. This News 8 profile in 1986 highlights the means with which the couple along with "modestly paid" actors were able to present their shows.

"It's difficult to do. You have to do it because you love it," Olive told News 8's Hal Clement.

Actors who may have gotten secondary roles at other theatres were able to get starring parts at the North Coast Rep, Olive explained.

The minimal operation, intimate seating and one-of-a-kind venue, have made the playhouse a long-time favorite. They continue putting on performances as of 2021 with COVID restrictions in place as of August. North Coast Rep will begin its 40th anniversary season in September.

As a Throwback bonus, below are some short clips of performances by some of Hollywood's leading ladies: Judy Garland, Jayne Mansfield and Carol Channing - at legendary San Diego theatres. Judy's is presented without sound but all three are digitized and beautifully preserved from black-and-white film.