News 8 looks into the history of Solana Beach, and what it's like today. We revisit the sandy stretches and businesses like the Belly Up Tavern featured in 1987. 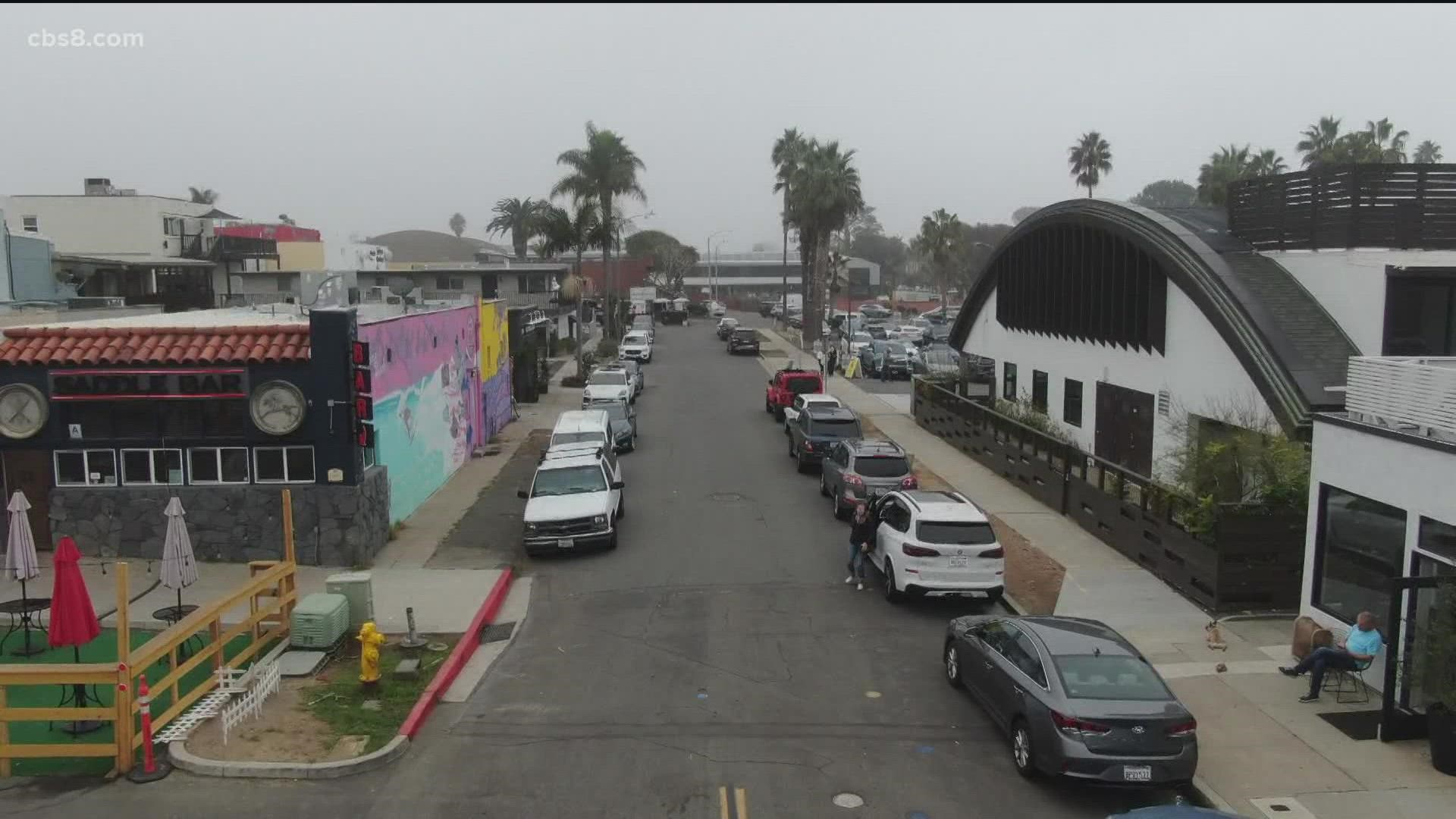 SOLANA BEACH, Calif. — Solana Beach is known as a hidden gem or a little slice of heaven on Earth. Mayor Lesa Heebner moved to Solana Beach In 1976 and hasn’t left.

"I am so proud to show off Solana Beach. It really is a great place to live. Hardly any small beach towns exist still to this day," said Heebner.

And as we look back to 1987, then-reporter Connie Healy summed it up:

"This is what attracts most of us to Solana Beach. One of the most beautiful stretches of beaches in the county. It just gets better."

Fast forward 30+ years, there have been major developments in this quiet beach town.

Just a quick cruise from the beach, you’ll be on Cedros Avenue also known as downtown. What was once all industrial has turned into family-owned boutiques and mom-and-pop restaurants.

That includes the iconic Belly Up Tavern. And what you see now is a bit different from the '80s.

"But still with its 'million-dollar dance floor' we like to say,'" said Chris Goldsmith, president of Belly Up Entertainment who's been there since 1988.

"The Belly Up started in 1974 as basically just a very narrow bar in a strip of warehouse shops. At some point very early on they said 'this bar is gonna go belly up in the next year or two.'So they actually then decided on the name," said Goldsmith.

It has withstood the test of time and some things will never change.

The stage has hosted some of the greats in music history.

"In the early days of my working here we’ve had lots of legendary artists in the blues world - Etta James, BB King, Curtis Mayfield played here. There was a lot of great blues and roots music when it first started," said Goldsmith

And we can’t forget to mention - a Solana Beach restaurant that has thrived for generations.

Tony’s Jacal opened after World War II and serves traditional Mexican dishes. The original owners Tony and Catalina Gonzales have since passed away, but their daughters, and grandchildren are still serving delicious meals.

Joe Wanket and his wife Ruth have been coming here every day since 1958.

And the man behind it all is Raymond Rincon Jr.

"I've worked here since I was about 10 [or] 12 years old. Fifty years - my whole life. My grandparents originally [owned it.] Tony was my grandfather. My mom - she was born right here. It was her house before it was a restaurant," said Raymond.

And so whether you’re having some good food and drinks with friends or hanging out by the bluffs, you’re sure to find much-needed peace and a getaway in Solana Beach.

"It seems a little bit hidden away at times for people and they feel like they found a gem. The greatest thing about this city is that we’re just a wonderful little beach town," said Heebner.