The Santee Collaborative is promoting diversity, equity and inclusion in East County 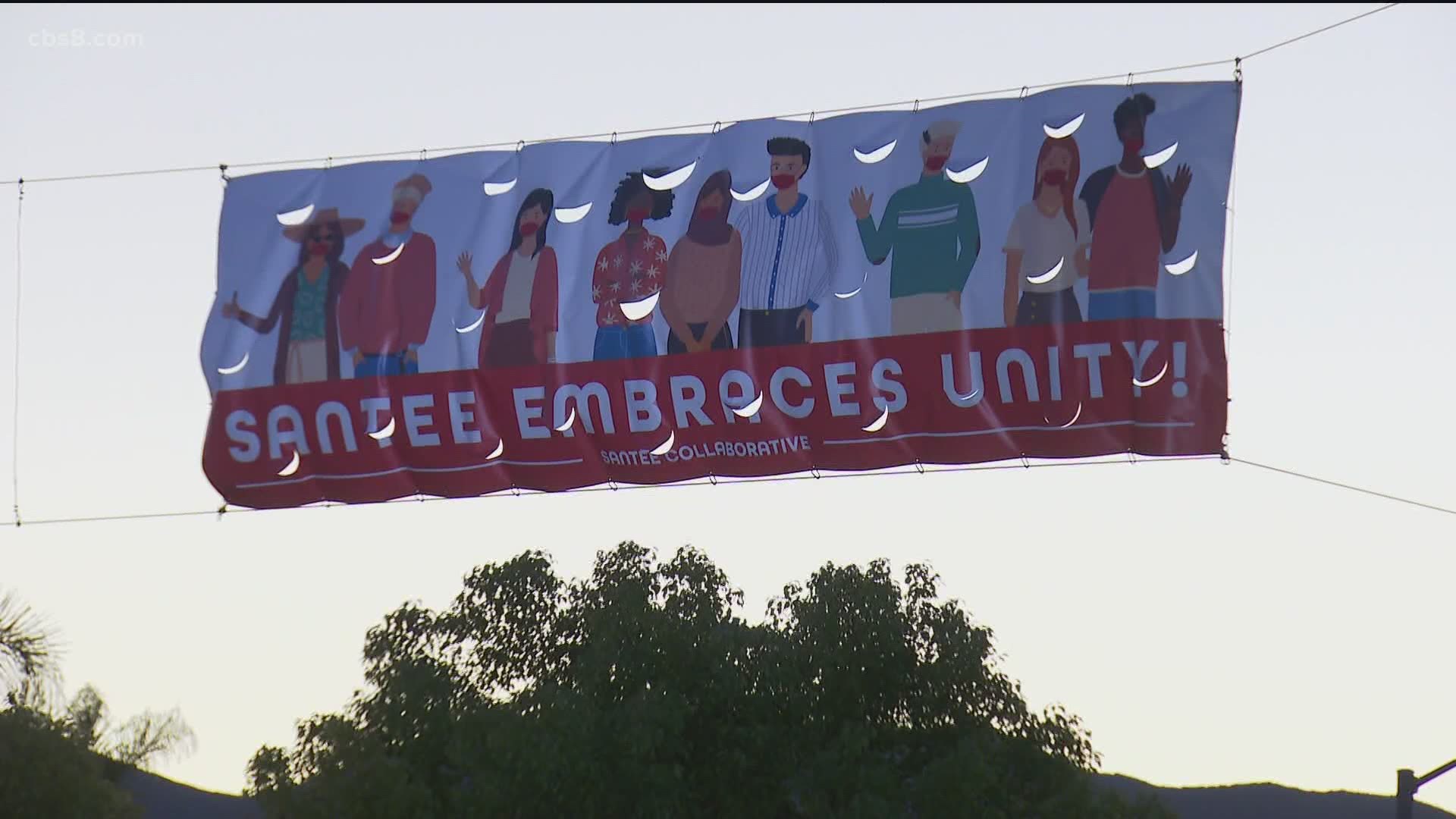 SANTEE, Calif. — The message is clear, hate is not welcome in Santee.

If you drive along Mission Gorge you’ll notice unity banners welcoming you to the city that read “Santee Welcomes You” and “Santee Embraces Unity.”

“We want to hear from you, we want to welcome you. We are all in this together,” said Arnold Saltzman, Santee Collaborative member.

The collaborative created the banners to send a message that Santee is moving on from its notorious nickname.

The collaborative cites the California Department of Education Dataquest which shows 57 percent of students in the Santee School District are white, not Hispanic. The white population includes Middle Eastern families, and it is estimated that Middle Eastern students make up between 4-5% of the students in the school district. Riffel says there are 29 languages from around the world spoken by families who attend the Santee School District.

“You might hear that is a completely white community and that is not true,” said Riffel.

Rozy Belutz is also a member and says as an African-American woman living in Santee she has faced racism but more often she’s felt supported especially when she drives by the banners.

The collaborative started 20 years ago to build a safe and healthy community but after someone wore a Klan hood as a facial covering and a Swastika on a mask inside grocery stores last spring, and counter-protests following the killing of George Floyd in Minneapolis, the collaborative knew it needed to play a critical role in bringing people together.

“Give a voice to the many of us in Santee who don't feel we have that soapbox or the platform to promote tolerance and inclusion among our neighbors,” said Stelman.

There was no place for hate rallies, the Santee City Council passed a resolution to combat hate but there’s been no action since. Now the Council will vote on adopting a five-point plan that promotes diversity, equity and inclusion. Gloria Jardon is a Marriage and Family Therapist in Santee who works with children in the Santee School District.

The collaborative hopes the banners are a starting point to continue to build a welcoming community.

“This is just the beginning for our initiative to make Santee a more inclusive community for all,” said Belutz.

The Santee City Council meets on Wednesday to vote on the adoption of the Community Oriented Policing ad-hoc committee work plan to denounce hate and racism.