The restrictions are in place until the end of the month. Since January 24, 281 USD community members have tested positive for COVID-19 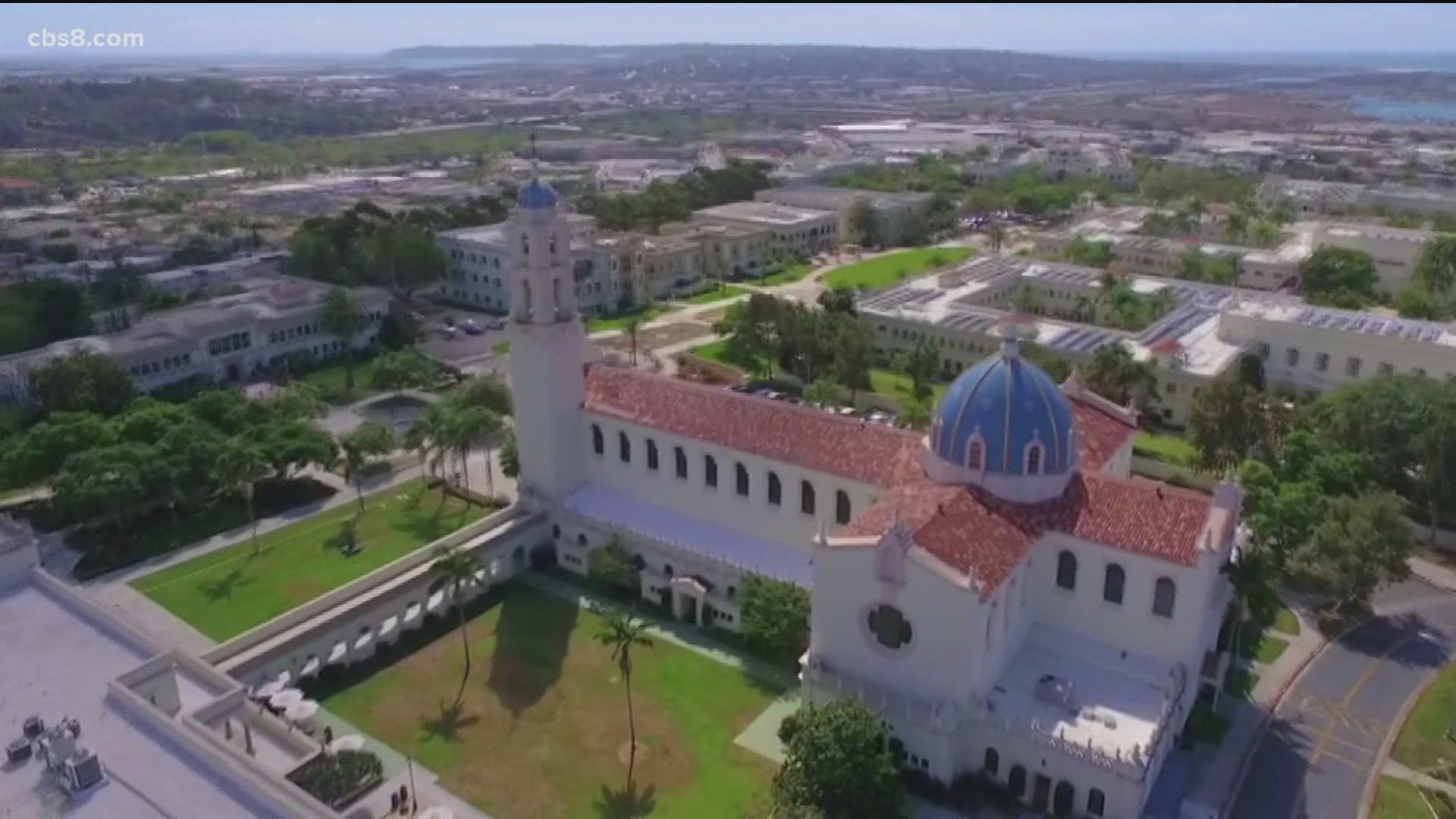 SAN DIEGO COUNTY, Calif. — All 1,080 students living on-campus at University of San Diego are ordered to stay on-campus until the end of February due to an ongoing surge of coronavirus cases, according to a statement from the university's president.

On Friday morning, USD President James T Harris III announced the stay-on-campus order along with several other restrictions. He also cited large, off-campus parties as the main contributor to the surge in cases.

"...These events, coupled by the disregard by some for our health and safety measure both on and off-campus are the primary reasons for the recent surge in cases," Harris said in the video statement.

Students were asked to stay inside their residences as much as possible and not leave campus unless for essential services.

Toreros, we need your help. There has been a significant spike in COVID-19 positive cases on campus. We are initiating temporary directives — effective immediately — for students living on campus. We are also asking students off campus to remain vigilant. https://t.co/UTeSlFY3g1

Since the start of the semester, 281 campus community members reportedly tested positive for the virus.

This means one out of ten on-campus students has tested positive for the virus since January 24.

Harris said that USD is not a medical center, and it only has so much capacity for isolation and quarantine.

News 8 spoke to an off-campus student who says he is not surprised but disappointed there is a surge.

"I definitely think it's necessary because things are getting a lot worse but obviously I'm still bummed out about it because I would like to on campus more and be in a real class with my friends," said Marco Jiminez.

In a statement to News 8 on February 8, senior director of media relations Lissette Martinez confirmed the private roman-catholic university currently uses two buildings to house students who are quarantining.

"The university also has a contingency plan for additional off-campus housing if our on-campus housing locations reach capacity," according to the statement.

Harris said in the video statement that the university wants to have in-person graduation at the end of the spring semester, but that can't happen if students don't comply with health orders.

"If [cases] continue on this trajectory, it will require us to make some tough decisions about the future of the spring semester," Harris said.

Students are recommended to stay inside their residential units "to the greatest extent possible."

Harris recommended that students participate in outdoor exercise while staying socially distanced, masked up and on-campus.

Student organizations must also pivot to a virtual platform if they were previously meeting in person.

BREAKING:@uofsandiego Is ordering a campus lockdown for all students living on-campus until the end of February.

They cite a massive spike in cases over the last two weeks... the school blames it on students disregarding health protocol and attending large off-campus parties. pic.twitter.com/SnGnNAXmgR