Veteran reflects on Honor Flight experience, next one leaves Friday 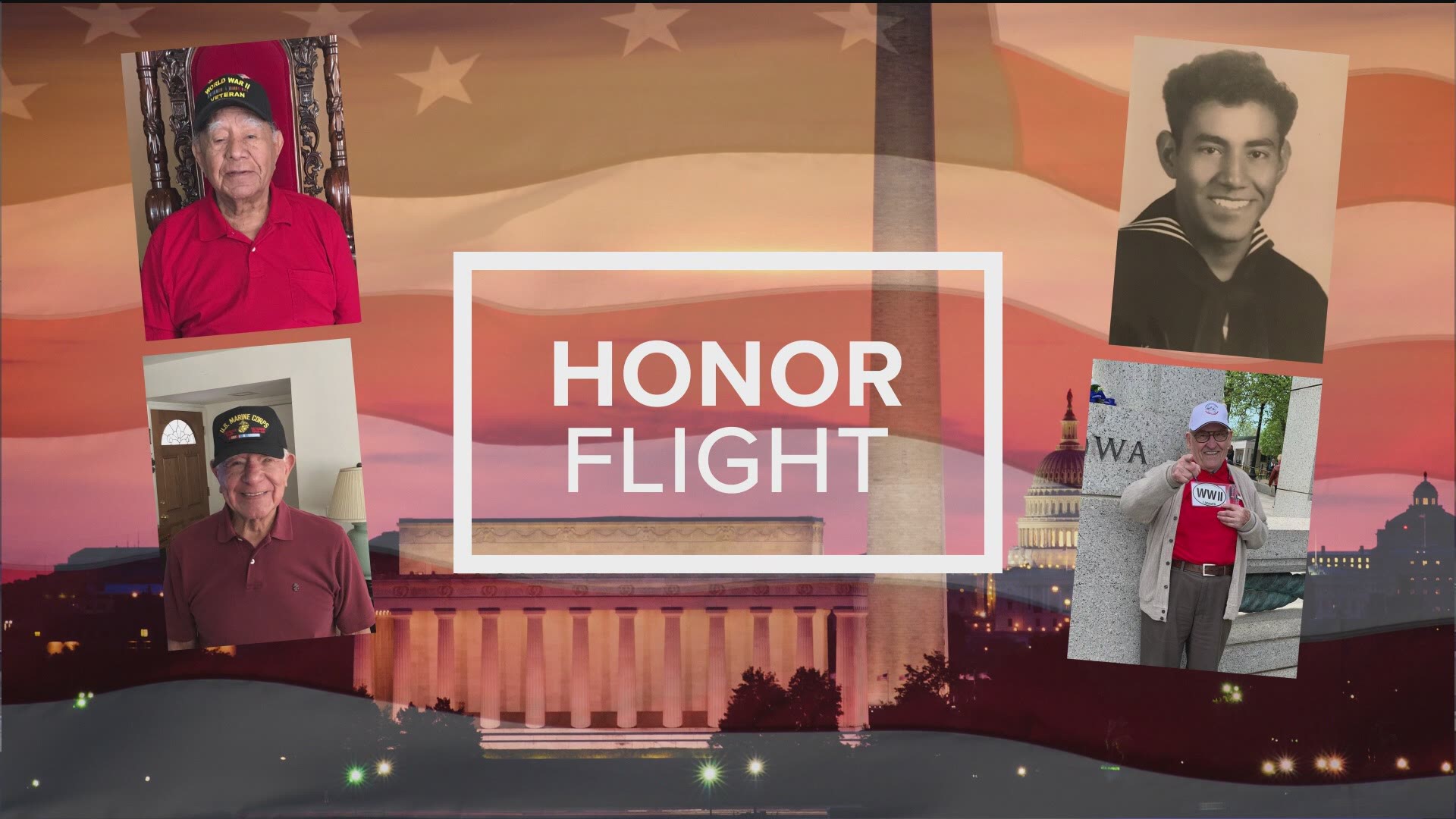 SAN DIEGO — San Diego’s war heroes are about to take the trip of a lifetime. Honor Flight takes off Friday with dozens of World War II and Korean War veterans to visit memorials in Washington, D.C.

News 8’s Abbie Alford and Mike Edison will join them on their journey and had the chance to talk to a Korean War veteran, U.S. Marine Corps. Sgt. Bob Weishan, who went last year and says the trip is filled with pride and honor.

Weishan is one of the "Chosin few" named for the two-week battle in November 1950 where Chinese forces went against the 1st Marine Division. Weishan was part of Baker Company Transportation Battalion in a 93-mile mountainous fight in 60-below temperatures.

"There were times in Korea we never knew if we were going to get home or not,” he said. “We lost a lot of good people over there.”

Weishan, the president of the local "Chosin few," paid tribute to those lives lost when he made a special trip last May with dozens of other veterans on Honor Flight San Diego. The organization raises money and charters veterans to D.C. to visit their memorials.

He spoke to News 8 about the memorable moments from his trip which more veterans will experience starting Friday.

During the Honor Flight, there are emotional and grateful moments as war heroes open letters written by students and family members and fire trucks line the tarmac.

For many of our heroes that didn't received a proper homecoming following the war, Sunday will be unforgettable as thousands of people will line Terminal 2 at Lindbergh Field to welcome them back.

"It’s nice to know that some people have not forgotten,” said Weishan.

Follow News 8’s Abbie Alford on Facebook and Twitter as she goes along for this year’s San Diego Honor Flight starting Friday. They will depart bright and early for Washington, D.C. before visiting the memorials on Saturday.