Some of the region’s leaders said many of the hardest hit areas are home to low income, essential workers. 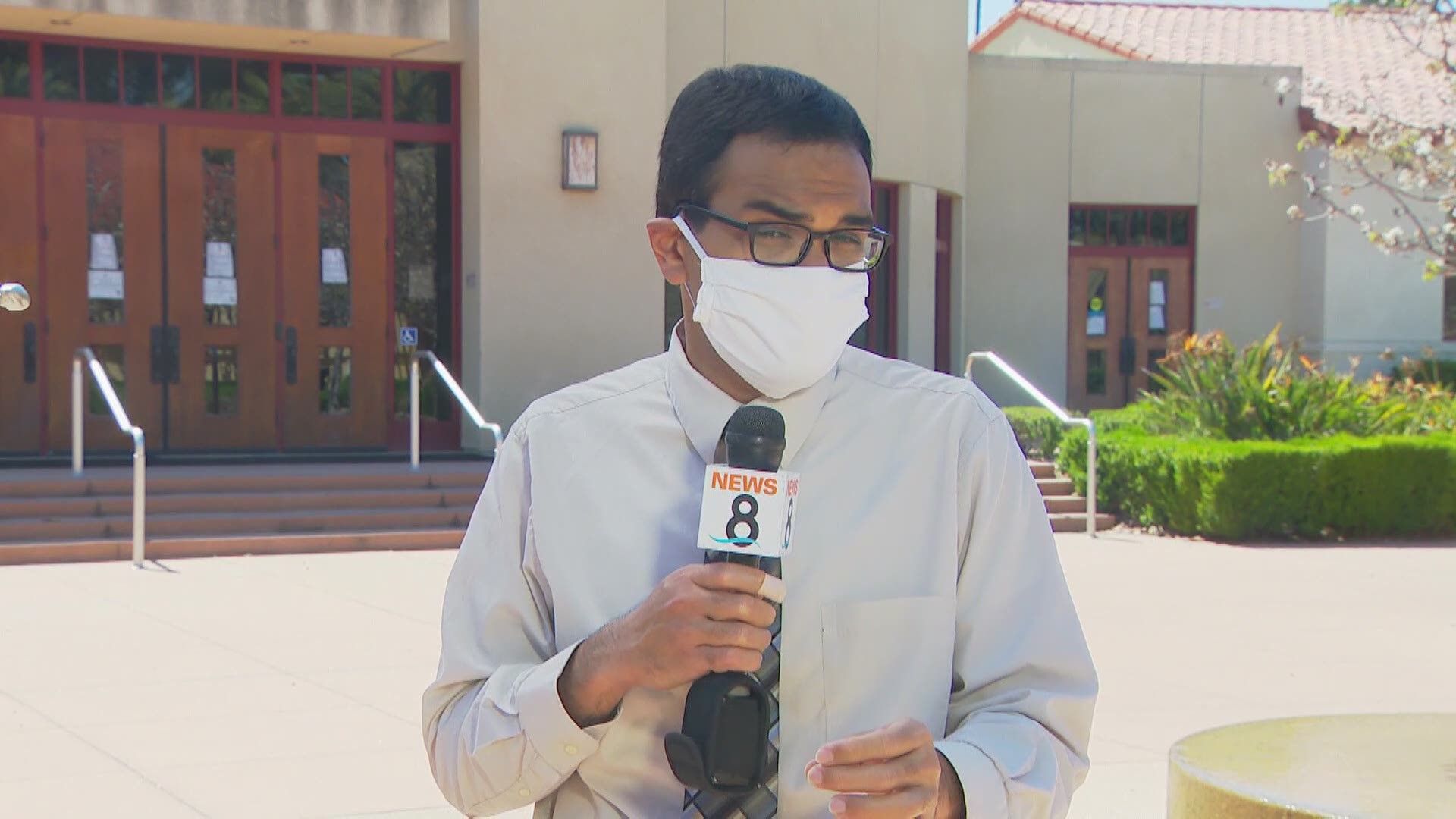 CHULA VISTA, Calif. — South Bay community leaders rallied to demand more testing and tracing in their communities as the number of coronavirus cases there rises faster than in other parts of the county.

“At this point, we’re losing our patience. The South Bay is losing our patience because we want answers. We want to know specifically what’s being done on the county and state level to protect our citizens,” said Chula Vista Mayor Mary Casillas Salas.

Chula Vista and National City passed laws this week that require the use of face coverings in public. Businesses are permitted to turn away customers who do not comply. Chula Vista said it has received 460 complaints about coverings and issued 207 warnings. Violators can face fines up to $1,000.

“99.9% of the time, our community has complied,” said Chief Roxanne Kennedy of the Chula Vista Police Department. “If we get a repeat call, then they will receive a citation, but that’s not our goal right now.”

“If we continue to cover up and rock the mask, we will help get through this, so we can recover, but this is going to be the new normal,” said Imperial Beach Mayor Serge Dedina.

Cases in San Ysidro increased 92% between April 15-April 22. As of Wednesday evening, only the 92154 and 91911 zip codes, which include portions of Otay Mesa and Chula Vista respectively, had more than 100 cases. Some of the region’s leaders said many of the hardest hit areas are home to low income, essential workers who may contract the virus elsewhere, but seek care closer to home.

“If you look throughout the United States where coronavirus is rampant, you’ll find that it affects disadvantaged communities more than others,” said Salas. “If you’ve got a community that doesn’t have access to healthcare [and] doesn’t have access to good nutrition, those people are more vulnerable because many suffer from preexisting conditions.”

San Diego Health and Human Services reported South Bay hospitals are treating some Americans who live in Baja California and became infected. On Wednesday, the agency said less than 5% of all patients in hospitals countywide are citizens of other countries.

“It’s a probability that our proximity to the border has some impact, but we don’t have the data to know how big that impact is,” said Salas.

The mayors, and City Council Member Vivian Moreno, who represents affected southern portions of San Diego, asked residents to do their part to help stop the spread of the virus. However, the case numbers will continue to rise when testing capacity eventually increases.

“Even though the numbers have been rising, our sacrifices for [the] stay-at-home order have really flattened the curve and enabled our hospitals and heathcare systems to be able to treat the patients and not be overrun by huge numbers of people becoming sick,” said Salas. “The bad news is the cases in the South Bay continue to increase and we are really concerned about that.”

RELATED: ‘We’ve got to get a handle on the spread of this virus’: Chula Vista announces mandatory face-covering rules