Why have construction materials spiked in price?

Builders are starting to see a sharp increase in the cost of construction materials. But, why? 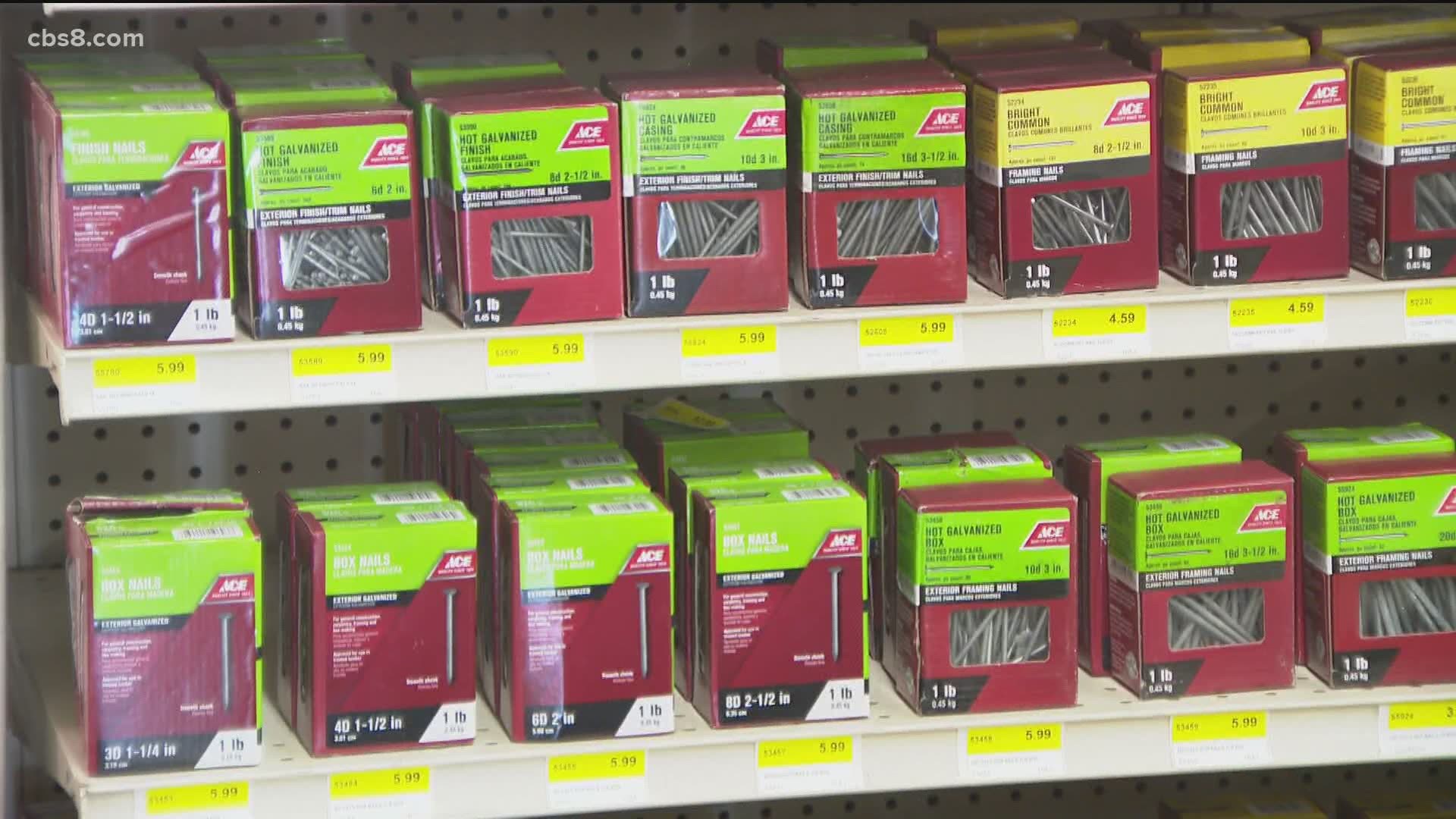 SAN DIEGO — Home improvement projects increased significantly last year with people looking for a place to spend their money during the coronavirus lockdowns. Now with the vaccine available and as the economy begins to slowly reopen, builders are starting to see a sharp increase in the cost of construction materials.

"The metal and the wood has definitely gone up. We are selling these 2 by 4's here, they were $4.99, and now, we have to sell them for $9.99, and we barely make a profit of them,” said Ron Roman, co-owner of Hammer & Nails Ace Hardware in Pacific Beach.

The U.S. Bureau of Labor Statistics shows Lumber and Plywood significantly soaring along with most construction materials over the last 12 months. Roman has been at his store for 30 years, and says prices generally always go up, but now seems different.

"You wonder how much of it has been caused, or how much, they just raised the prices," Roman said.

A report by the Associated General Contractors of America Chief Economist Ken Simonson states "the short answer is the pandemic, and the supply chain is still being affected in a number of ways."

He says ships packed with goods from China and other countries were stalled off Southern California early last year, and movement is just starting to pick up.

Then there's a spike in certain materials, but not so much paint or concrete, but all things metals including nails and screws. And, there's been a steady incline for the price of pine.

"Any stuff that is made out of metal are ones that have taken a big price increase,” Roman said.

The Associated Builders and Contractors has a chart delineating how steel and lumber prices have risen over the past year. It shows small changes from December to January 2021 compared to the 73 percent increase over an entire year for softwood lumber.

But Roman says customers really haven’t noticed the price hike, which was a worry for him.

"We've heard a few complaints, but almost no one says almost anything really,” Roman said.

Despite the prices, hardware stores like Hammer & Nails are grateful they never had to close during the pandemic. Roman suggests shoppers research ask questions before buying building materials.

"If you're super price conscious, I'd say check all the different ads that these places put out,” Roman said.