The president was briefed on the wildfires burning across the state. 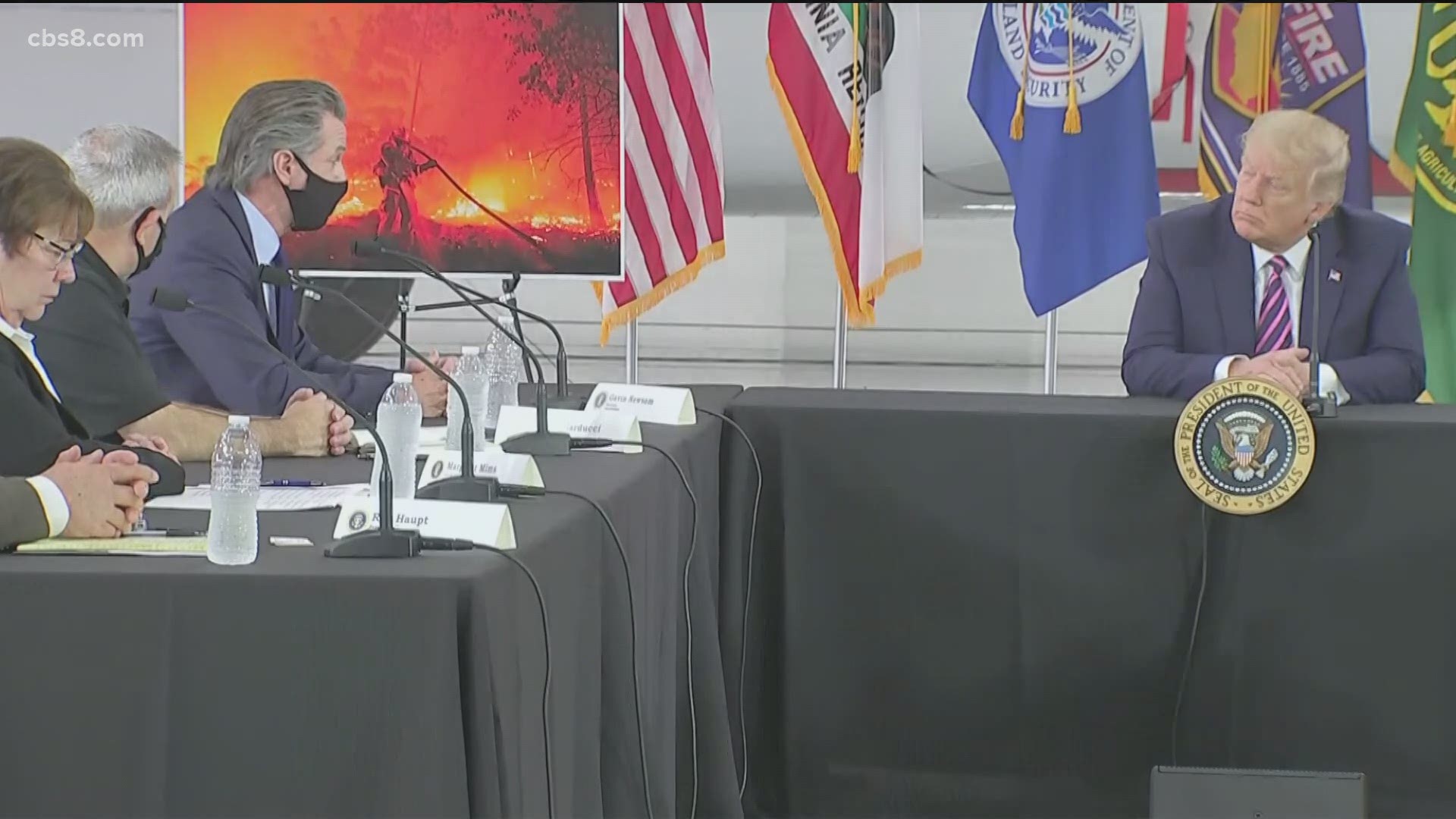 SACRAMENTO, Calif. — President Donald Trump paid a visit to Sacramento Monday to discuss the state's historic wildfires. He visited with local and federal fire and emergency officials and recognized members of the California National Guard.

The President spoke briefly to reporters on the tarmac and said he pays his respects to those who lost loved ones in the wildfires that have stretched across the West Coast. So far 3.3 million acres have burned in California alone in 2020.

A reporter asked Trump "Is there a climate change issue in California?"

He responded: "You'll have to ask the governor that question. I don't want to step on his toes."

Governor Gavin Newsom has been very vocal about climate change.

"Climate change is real and that is exacerbating this," he said during a briefing with the president and several state and federal officials.

"We acknowledge our responsibility to do more in that space," he said. "But one thing is fundamental: 57% of the land and the state is federal forest land, 3% is California."

State and local officials continued to press the issue of climate change.

"If we ignore that science and put our heads in the sand, we're not going to succeed at protecting Californians," said Secretary of Natural Resources Wade Crowfoot.

"I wish science agreed with you," said Crowfoot.

After the briefing, the president also honored members of the California National Guard for their work during the wildfires. The President then departed for Phoenix where he met with the Latinos for Trump Coalition.