This year has seen one of the worst fire seasons on record and crews are stretched thin moving from fire to fire. 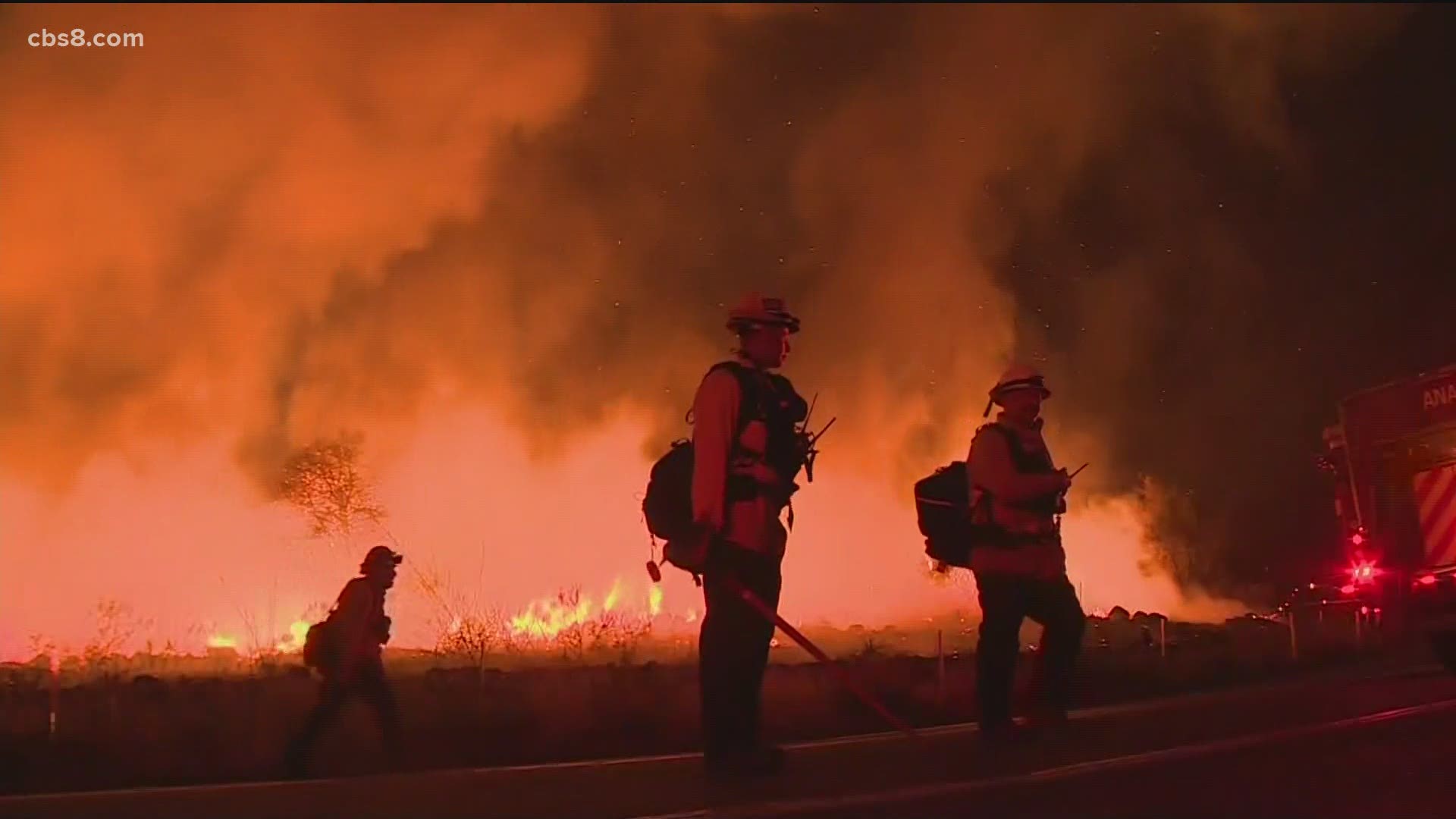 San Diego fire crews have been stretched thin recently as they respond to wildfires up and down the West Coast. News 8 spoke to local families and Cal Fire officials about resources being used in San Diego and throughout the state battling deadly wildfires.

This year has seen one of the worst fire seasons on record and crews are stretched thin moving from fire to fire. It has been a challenge for those on the front lines as well as their families at home.

"It's a little nervousness but I know he knows the job,” said San Diego mom and wife Mindy Hall.

She said she's proud to be in a firefighting family. Her husband Darren is a captain with the Coronado Fire Department and has been with the force for over 25 years. But this year has been one unlike any other.

"It's a different feel now that he's gone and we don't know when he'll be back,” Mindy said.

Darren led a strike team battling the Valley Fire and with just one day off that team was helping to fight the Creek Fire near Fresno as of Saturday.

"This is completely not the norm,” Mindy said. “Usually you go on a strike team and you're on that one fire but because of the dire need up north they just sent them."

With hundreds of wildfires raging across the western coast, resources are stretched to the limit. Thomas Shoots with Cal Fire said in California alone we've already burned 26 times what we saw in 2019.

"There's not enough resources in the world to be put at every fire and give them the resources to stay small,” Shoots said.

Firefighters have been working in 24-hour shifts before taking a break which fire officials say is par for the course.

"Figuring out what each fire needs and moving around resources is really our specialty but anytime we have a ton of major fires it's going to be a struggle," said Shoots.

Mindy said a very different struggle is trying to explain the situation to her 3-year-old daughter.

"The biggest challenge is her wondering when's daddy coming home,” she said.

But Mindy said an outpouring of community support for those fighting on the front lines has been a beautiful thing to see during a difficult time.

“It is an exhausting job what they are doing. They are away from their families, they don't know when they are going to come home, they are not sleeping in their own bed, but their spirits are so high and they're serving their community,” she said.