All of the pregnant women work in the Pediatric Intensive Care Unit with sick and injured children. 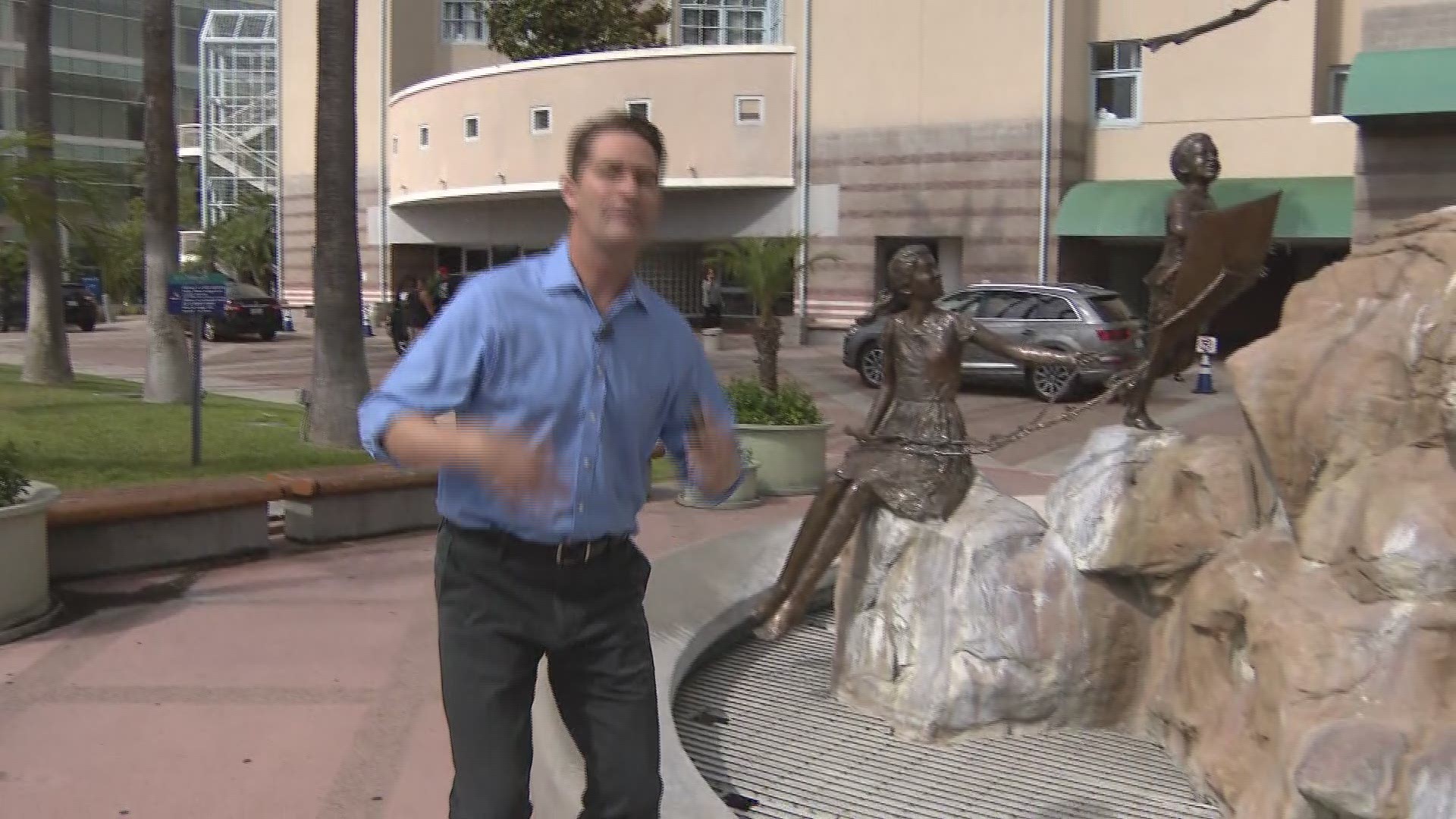 SAN DIEGO — Something must be in the water at Rady Children's Hospital. How else can you explain more than 20 women from one unit being pregnant at the same time?

I think we have an epidemic on our hands, I think after I received another call from another hospital claiming its entire staff is pregnant. I headed to Rady Children's to figure out what's going on. This isn't the first time I've a covered pregnant staff at a hospital.

First, it was a hospital in the state of Maine with nine pregnant nurses; then I heard about 14 expecting mothers at Sharp Mary Birch Hospital. Now, I head to Rady Children's to meet the person who started the trend.

RELATED: 14 staff members at San Diego hospital pregnant at once

"You started all of this trouble by getting into trouble?" I asked.

"Yes, I guess so, if you want to put it that way," responded Allison Bender.

Akkusib is an RN at Rady Children's and was holding her brand new baby boy.

"This is Ellis. He is three weeks old," she said.

There are at least 20 more babies on the way for personnel at the hospital.

"Are you number 17?," Allison said to Nina Haskell.

Nina is a pregnant respiratory therapist who isn't quite sure how many of her co-workers are holding their breath.

"What number are you?" I asked.

All of the pregnant women work in the Pediatric Intensive Care Unit with sick and injured children. Caring for newborns isn't new but the cravings are.

A story like this is the only time it may be safe to ask a woman if she's pregnant. I tapped a woman on the shoulder and asked her.

Erica is an MD and at times like these it's important to have a doctor in the house.

"Could you deliver all of these babies if you had to?" I asked.

Dr. Sanford looks at me with intensity and responds: "I have not delivered babies in a few years, but sure, yeah."

That's a relief because remember the epidemic warning I mentioned?

Around here, along with, "a whole lot of pregnant bellies," another nurse said, there's always some breaking news.

Ellis, the newborn, started to cry. He was upset but within seconds the staff with a loving touch had him right back to sleep.

Usually nurses and doctors perform everyday miracles with little to no fanfare, but with more than 20 people pregnant in the same unit, this story is going to make headlines.

To think, Nina Haskell hasn't even told her family on the East Coast about her big news.

"Hopefully this doesn't go nationwide because they will be so mad at me for not calling and telling them," says Nina.

I whispered in her ear, "This is going nationwide."

A mixture of laughter and sheer panic followed as she said: "Oh, shoot I have a lot of phone calls to make."

The women say not only can they exchange baby advice and support from now on, they'll always be able to find a baby sitter in a pinch.

They are all lovely people. They are all going to be wonderful parents and I was very honored to meet them.

Also, my wife ,Heather, is a registered nurse at Kaiser Permanente. No Rady Children's water for her please. We already have our hands full!