Kira's parents share what they call their daughter's perfect passing. 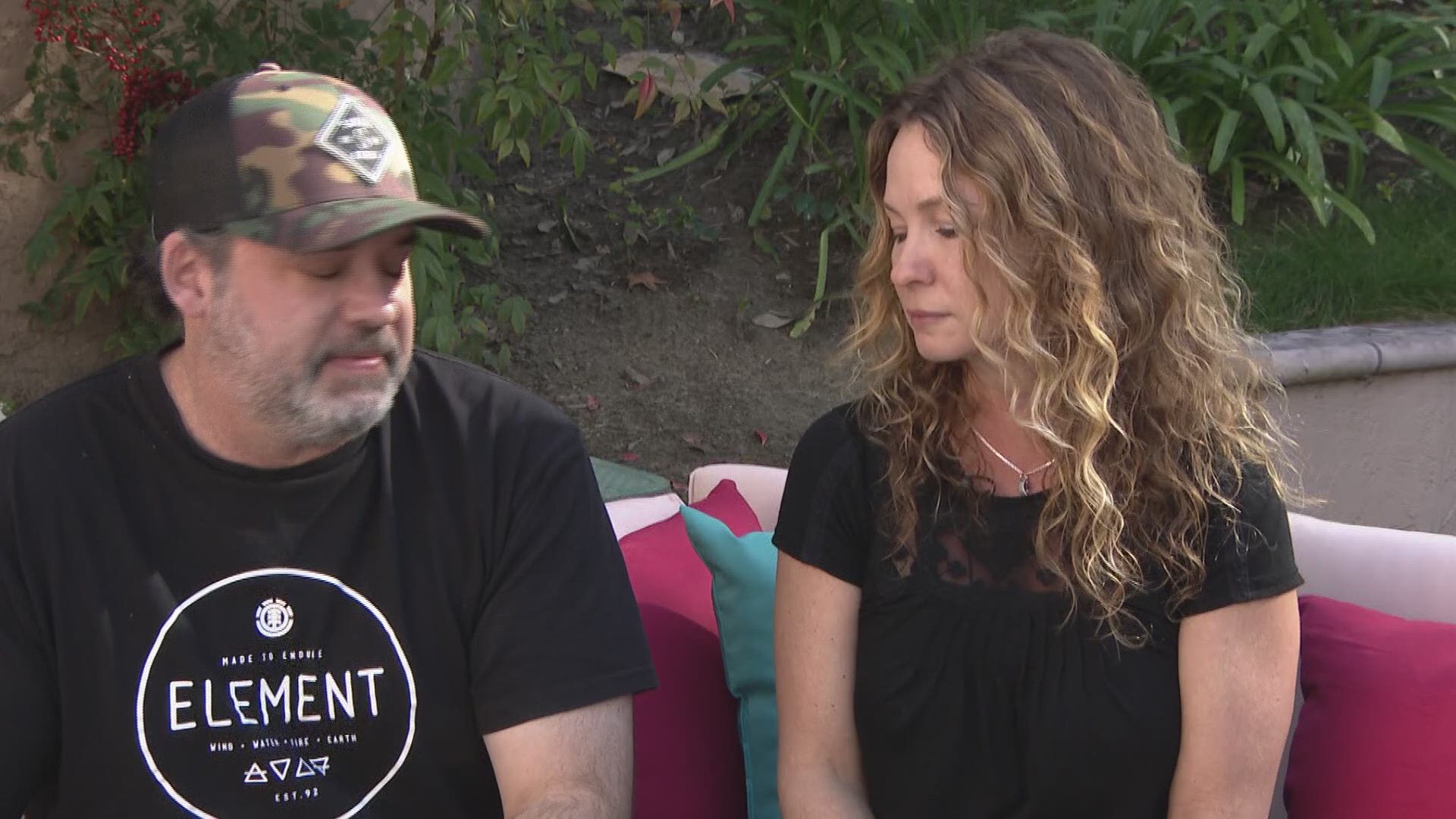 CARLSBAD, Calif — San Diego surfers are mourning the loss of an 18-year-old Encinitas woman who lost her fight with brain cancer on Christmas Day.  In this Zevely Zone, I sat down with the parents of Kira Stanley.

Wendy Stanley, Kira's mother, told me they are still trying to make sense of their daughter's death.

"I think the biggest thing about Kira is just her authenticity and her willingness to share her experience unfiltered," said Wendy.

I first met Kira when she was 16 years old. The surfer from La Costa Canyon High was experiencing double vision.

"Yeah I didn't think much of it," Kira told me at the time.

Kira was diagnosed with a rare brain cancer with an inoperable tumor.

"It was kind of like 'oh, that makes sense now' but it was really emotional for my mom," said Kira who fought the disease publicly and won the hearts of many.

Kira told me in 2018, "It's really great, I mean everyone at my school has heard about me and been really supportive and have you heard about my uncle? He's on 'Supernatural.'" 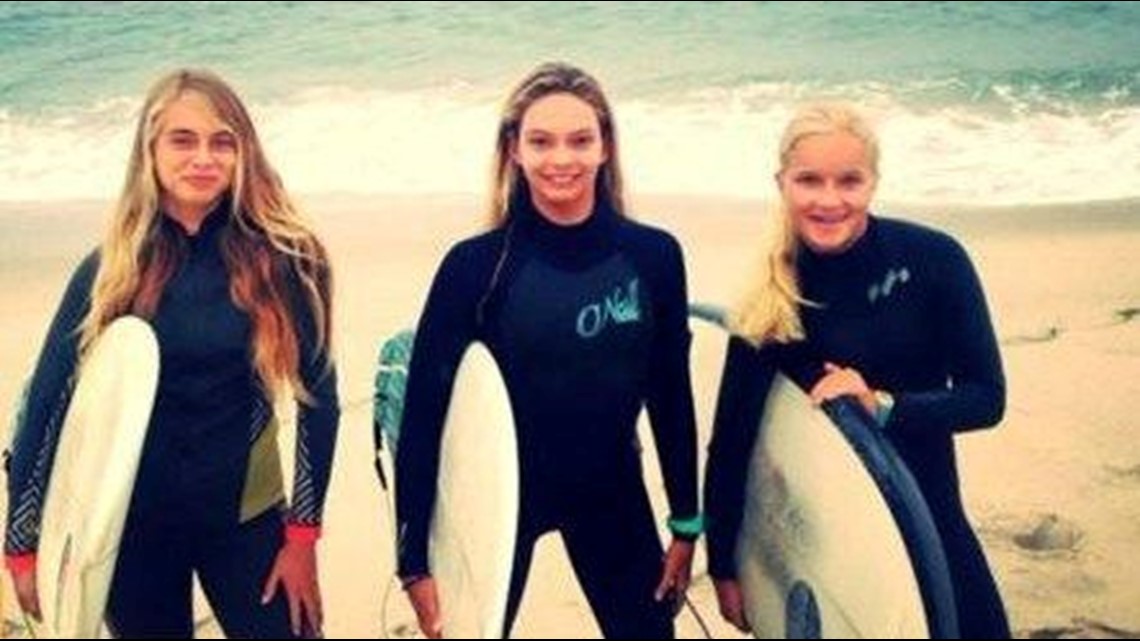 Surfers unite to help one of their own
SAN DIEGO (NEWS 8) - Surfers in the North County are rallying to support a 16-year-old girl who was diagnosed with brain cancer. In Monday's Zevely Zone, Jeff is in Encinitas where hundreds of thousands of dollars have been raised to help save teenager Kira Stanley's life.

Kira's great uncle is actor Jim Beaver and his tweet about her fight went viral helping to raise more than $400,000.

"Put into words how big this story has become," I asked Kira's parents.

They told me, "I don't think you can put it into words. It's almost become a movement of sorts. They are calling it the Kira effect - people are coming out of the woodwork."

In the spring of 2019, I met Kira a second time and asked her, "How does that feel to have so many people care about you?" She told me, "To be honest it's a little weird, but it's really great and I feel the love for sure." 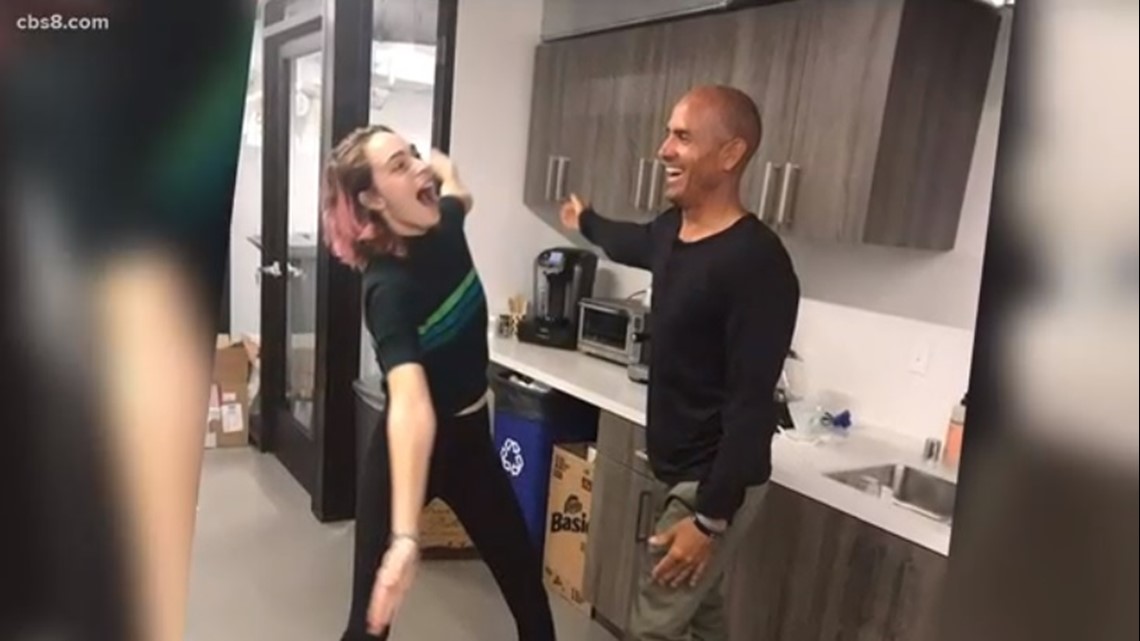 Surf legend Kelly Slater surprises San Diegan fighting brain cancer
ENCINITAS, Calif. - San Diego surfers will compete at a surf event this Saturday at Moonlight Beach to support a 17-year old girl fighting brain cancer. Since we last visited with Kira Stanley, she can only giggle about meeting the world's most famous surfer, Kelly Slater. "I was like, you are a professional surfer!"

Kira made many public appearances wearing a brave face through radiation and chemo.

"She was a beast," said Wendy Stanley.

To help Kira tolerate the pain she was allowed BTHP's or what the family called "Brain Tumor Hall Passes." Kira dyed her hair pink and purple and got some tattoos using those hall passes but also found the time to write a book about how to find joy in life.

"Even a day or so before she passed she said 'I am excited to go,'" said Robert.

He says looking back his brave girl was preparing them for her death.

On Christmas Day, Robert and Wendy lit a candle for Kira at her hospital room, played her favorite Pink Floyd song and say their daughter passed away with a smile on her face.

"It was the most perfect surreal beautiful thing that we could have imagined," said Wendy.

The Stanley family is organizing a paddle out and party for Kira on Martin Luther King Junior weekend. The events are open to the public. If you'd like more information, click here.

Here are some of the tributes to Kira that have been shared on social media since her passing: