Kira Stanley has even received support letters from Barack Obama and Joe Biden. 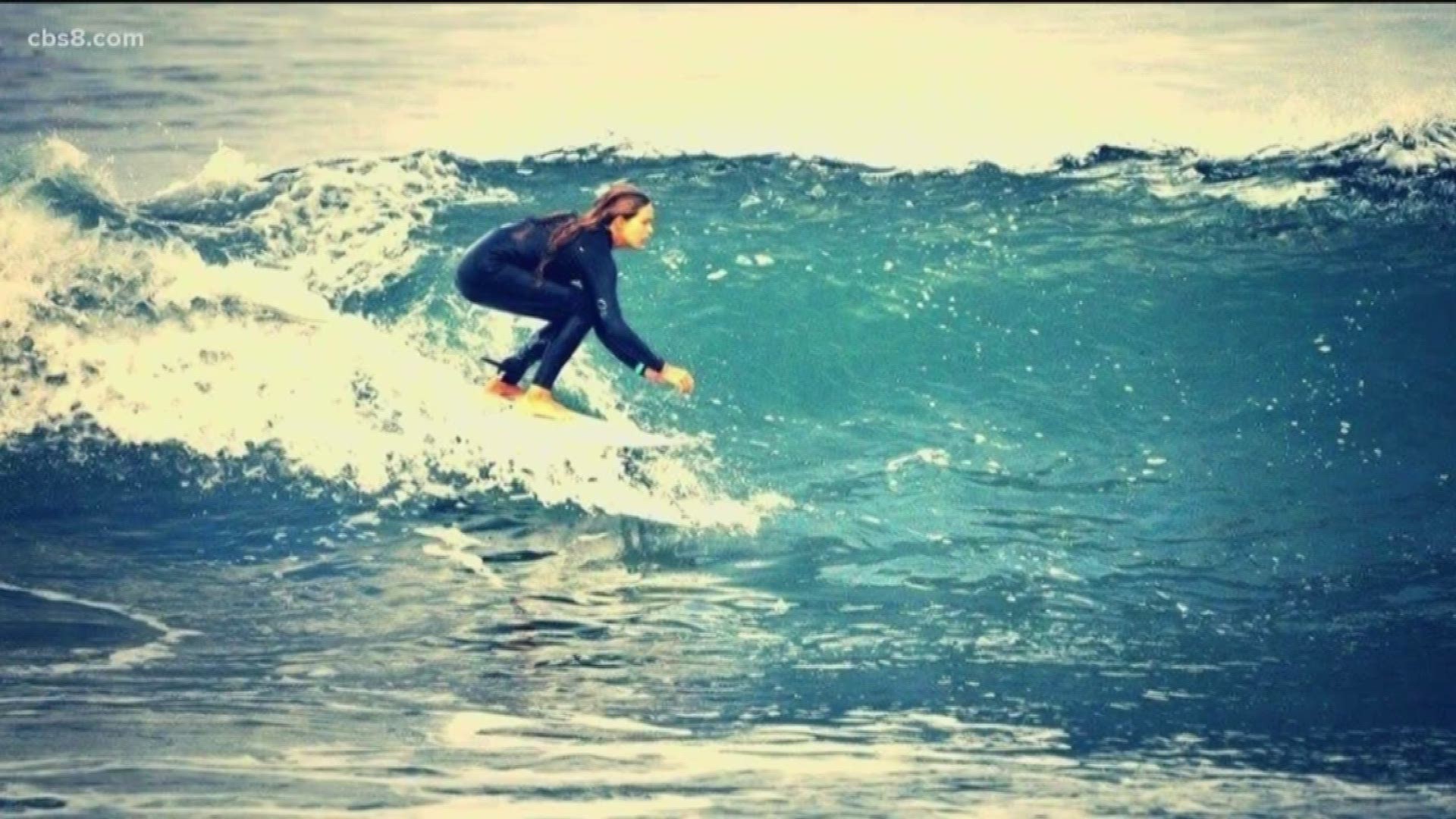 Since we last visited with Kira Stanley, she can only giggle about meeting the world's most famous surfer, Kelly Slater.

"I was like, you are a professional surfer!" said Kira.

Kira's dad, Robert, was blown away by Slater's generosity.

"He sent her to his surf ranch. We were not expecting that," Robert said.

Since November of 2017, when Kira learned she had an inoperable brain tumor, support from San Diego's surfing community has spread across the nation. She received letters of support from Barack Obama and Joe Biden.

In a very short 5-week period in late 2017, she went from a normal and healthy teenager to a kid fighting a serious brain tumor. Along with battling brain cancer, Kira earned her varsity letter from La Costa Canyon High for her past performance on the surf team.

The teenager's next goal is to start driving.

"Hopefully after my next round of radiation, I will be out on the roads scaring everybody," Kira said with a smile.

Robert is proud of Kira for fighting cancer so publicly. He promised his daughter he wouldn't cry during his interview with Jeff Zevely from the Zevely Zone, but he just can't help it when his daughter talked about writing a book to inspire other children with brain cancer too.

Kira is sick beyond words, but somehow still possesses the compassion to help others.

If you'd like to support her fight you can attend a surf contest at Moonlight Beach on Saturday, April 20th or attend a fundraiser and dinner Saturday night.