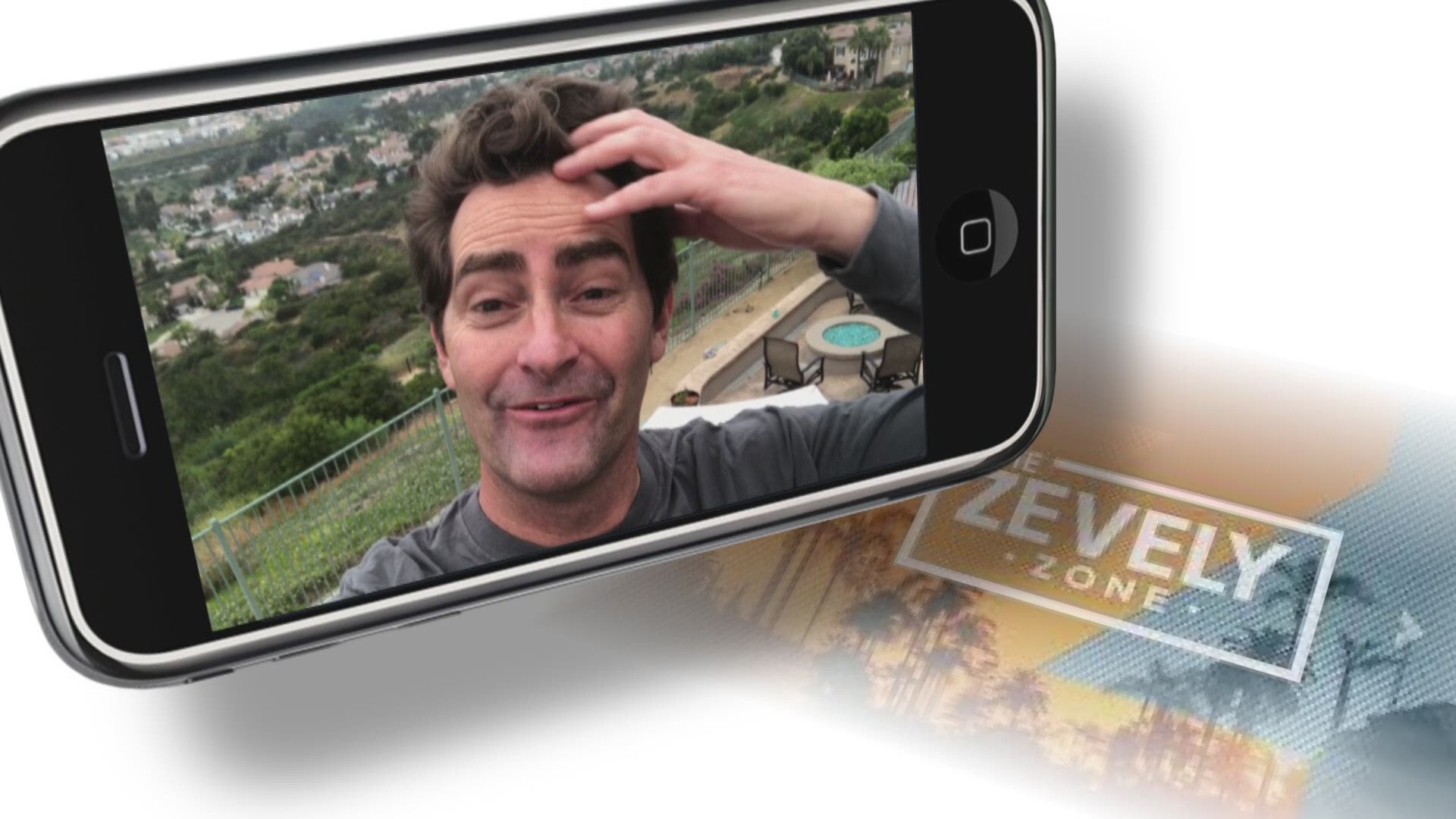 CARLSBAD, Calif. — I'd be willing to bet you haven't had a haircut in several months.  After way too many bad hair days, it was time for me to chop my mop-top.  I went to Carlsbad for a cut at Salon Adair for a bold new look.

Chelsea Adair, the owner of Salon Adair, prides herself for mixing it up with a new look almost every month. She says your COVID cut doesn't have to take you back to the same old thing. So why not try something new?

I told her, "My wife wants you to give me the Tony Dokoupil."  Tony Dokoupil is the hunky anchorman on CBS This Morning who wears his hair a little bit longer which Chelsea says makes a man look younger.

Her great grandmother Phyllis opened one of Southern California's first beauty schools in 1929.

"This is my great grandmother Phyllis Adair, Maxine Sullivan was my grandmother, she owned Maxine's Backdoor in Redlands and this was my mom and I didn't even know she was in the picture until I blew up the picture at Costco and asked, who is that little girl? Ahe said that's my mom," said Chelsea.

Chelsea is now a mother herself with four children and a salon of her own.  "I've worked personally with Nicole Kidman, Fergie, the Beastie Boys," said Chelsea inside her busy salon.

RELATED: Barbershops and salons are now able to reopen for business in San Diego County

Chelsea has appeared on TV shows like the Look Allstars. "Is that you?" I asked.  She replied, "Yeah, I know I change my look a lot, ha, ha, ha."

The entire News 8 team needs a haircut.  The pandemic took Carlo Cecchetto from camera ready, to ready for a haircut.

I mean without handfuls of hair gel, John Howard could only release the beast. Same with Eric Kahnert who celebrated a perfect plume.

Investigative Reporter David Gotfredson took his look from Corona corner to cue ball in the corner pocket. He completely shaved his head.

Going months without a haircut has led to fashion emergencies for sports anchor Steve Quis and others.

Heather Myers tried to give her son Case a haircut.  It was going well until she got to the back of his head. She panicked and gave up. Which is why Salon Adair is once again open for business. Some passers-by stopped to watch me get my haircut.

I asked them, "Do I look like Tony Dokoupil?"

Sadly they responded, "No, but you have a mask on."

Chelsea tells me not to worry, she invented a box of bling during the COVID shut down that can open your eyes to a bold new look. They are eyelashes that attach to your face with magnetic eyeliner.  Of course, I had to try a pair with my new COVID cut,

"Tony Dokoupil eat your heart out!" I said.

To make an appointment for your new look or to return to your comfortable cut go to http://www.salonadairstyles.com/