Dad and daughters rescuing snakes from backyards in North County 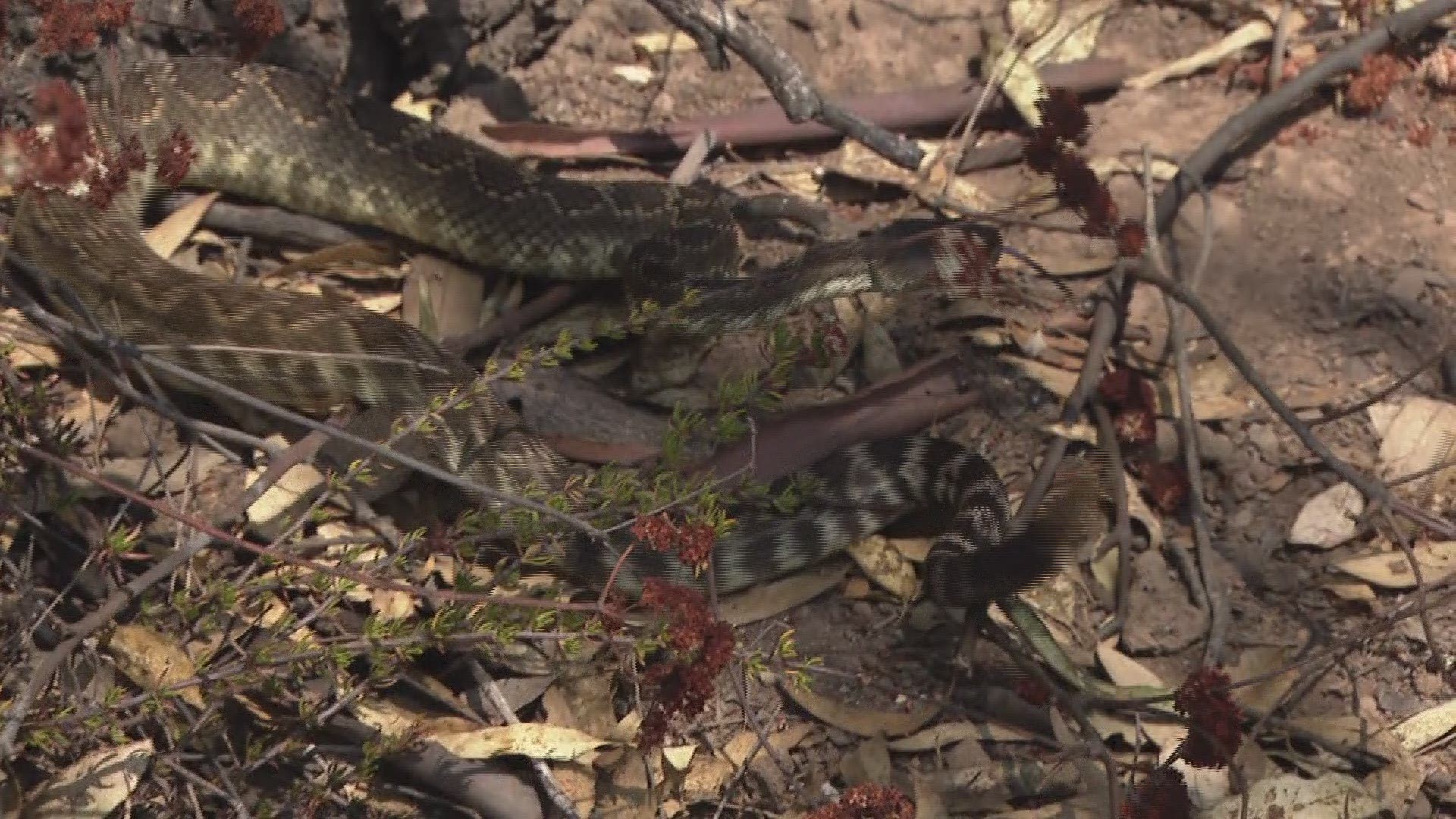 SAN MARCOS, Calif. — What would you do if you spotted a large snake in your backyard? In this Zevely Zone, I went to San Marcos to learn about a free service with a smile.

A few months ago, I started hearing about a dad and his daughters wrangling wild snakes.

"I think they are a beautiful part of nature. I also understand that they are dangerous," said Bruce Ireland.

If you find a snake in your backyard, Bruce and his daughters Brooke and Addy will head your way singing this song.

"Bad boys, bad boys what are you going to do? What you are going to do when they come for you?" sang the dad and his daughters with a smile.

Nine-year-old Addy told us the calls for help come in at all hours of the day.

"They normally come in at either dinner time or breakfast," said Addy.

As for their mother Holly? She worries.

"Bruce won't let me go because I'm a stress case and I'm like 'you guys get back'," said Holly.

Bruce grew up in Texas handling thousands of snakes.

"For whatever reason, I don't have that fear toward them. I really enjoy helping people learn that they are not horrible creatures and that they are an intricate part of nature," said Bruce.

Since March, Bruce and the girls have relocated more than 80 backyard snakes in the North County.  It's a service the family provides free of charge.

Not all of the snakes are dangerous, but the one Bruce was holding for our interview was highly venomous.

"This is a Southern Pacific Rattlesnake [which is] very common here in San Diego County. [It's] highly venomous. You definitely don't want to be bitten by one of these snakes," said Bruce.

Bruce said for the most part, if you leave a snake alone, it will just slither away, so give it chance.

"Let's kind of walk to that tree," said Bruce.

I watched them release two snakes into the wild.

They rescue and relocate snakes within a few miles of where they were found.

"Going to go back to nature," said Bruce while pulling the rattlesnake out of a bucket.

Even though the snake was moments away from freedom, it was still on the defensive and ready to strike.

"I don't get nervous. I just think it's cool seeing them get released," said 11-year old Brooke.

So the next time you get surprised by a snake, don't get rattled. Just call the family with no fear.

"And there goes a beautiful Southern Pacific," said Bruce.

RELATED: Environmental Alert: Lots of snakes in San Diego, and not just rattlers

Bruce Ireland lives in Carlsbad.  He and daughters relocate snakes within a half an hour drive of their home. If you find a snake in your yard and need help, Bruce's cell phone is (619) 204-5117.