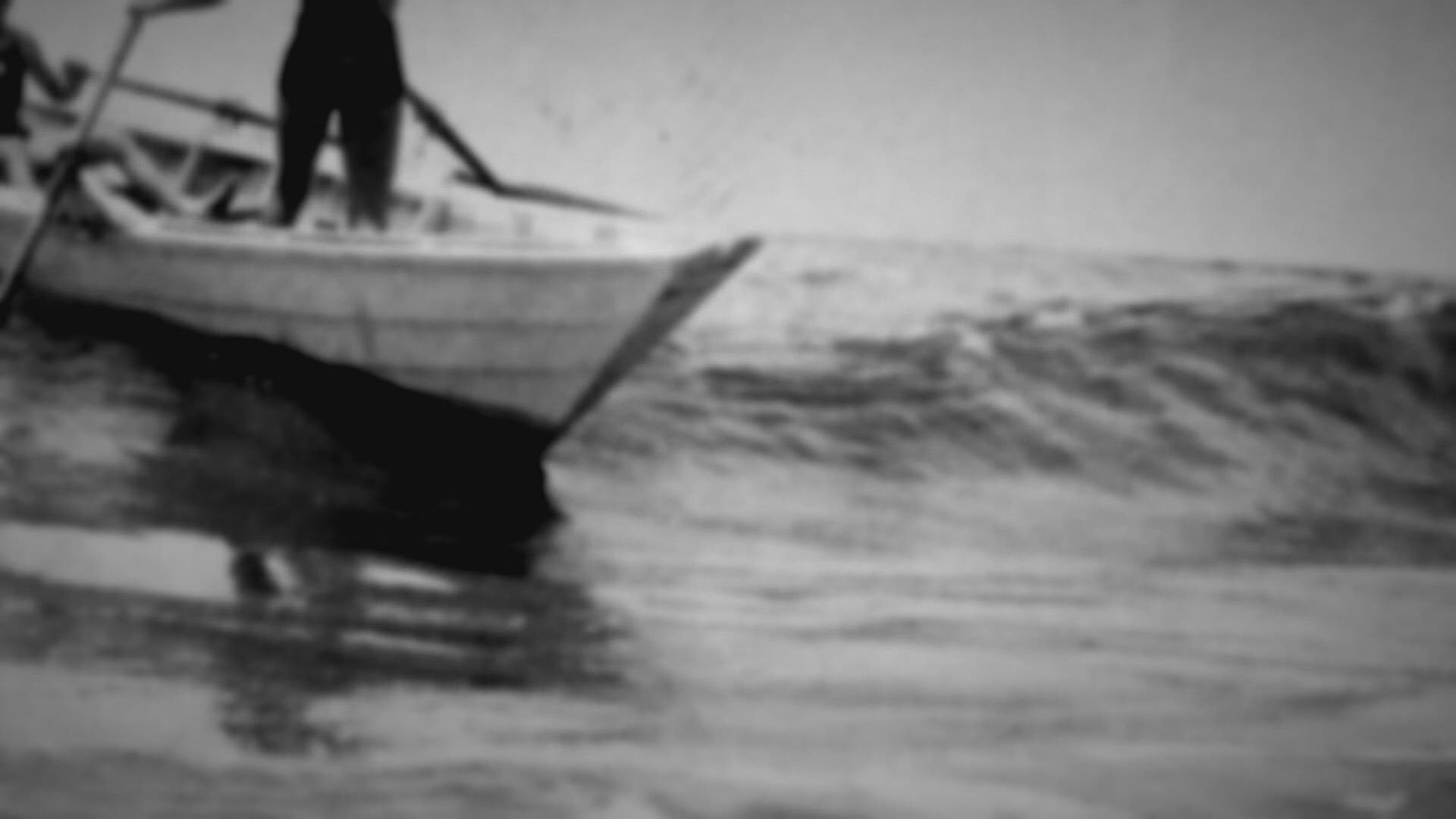 ENCINITAS, Calif. — Leave it to a Boy Scout to do the right thing. In this Zevely Zone, I went to Encinitas to behold an Eagle Scout project to remember.

"I kind of wanted something different for my Eagle Scout project," said 14-year-old Ethan Huntington.

The freshman at Pacific Ridge High School selected an Eagle Scout service project that most people would have shied away from. In fact, the idea he floated could have sunk to the bottom of any ocean.

"I wanted something that I could look back on in a bunch of years and say 'hey this is my project,'" said Ethan.

For decades an old, decrepit 16-foot dory begged for a new life. The rotting lifeguard boat was in service in the 1950s and rescued people from Moonlight Beach south to Fletcher Cove and back then it didn't have a motor which meant the lifeguards had to row their way to all of those rescues.

Ethan heard about the boat nobody had cared for and launched a plan.

"It was really overwhelming, when I first came across the boat there were these long cracks all the way down the boat," said Ethan. "There was peeling paint."

Ethan planned the project for eight months, then turned Troop 777 loose for the week-long makeover.

"He is a good boy and he does this to serve his troop," said his mother Linyi.

Ethan's parents Linyi and Dan say their son spent $500 of his own savings to rescue a rescue boat.  Dan wanted to help with the project but Ethan refused to let him help.

"Yeah I mean I helped a little bit financially but when it came to doing the work and painting he put his foot down and said you sit over there and we are taking care of this. This is scout's work," said Dan.

Ethan restored the boat as a tribute to lifeguards and honor a lost chapter in San Diego County history.  Barb Grice, Executive Director of the San Dieguito Heritage Museum in Encinitas, marveled at the work of 15 scouts.

"It was in really bad shape. In fact, I wasn't even sure it could be restored maybe it just needed to be painted over," said Barb.

Instead, the Boy Scouts breathed new life into a lifeguard boat.

"I'll definitely remember how hard it was to restore it and the challenges and then the reward to be able to see this for the rest of my life maybe," said Ethan.

The San Dieguito Heritage Museum in Encinitas is currently closed, but if visitors call the museum in advance they can view the boat for free.