Illegal art is painted over then relocated to a legal location 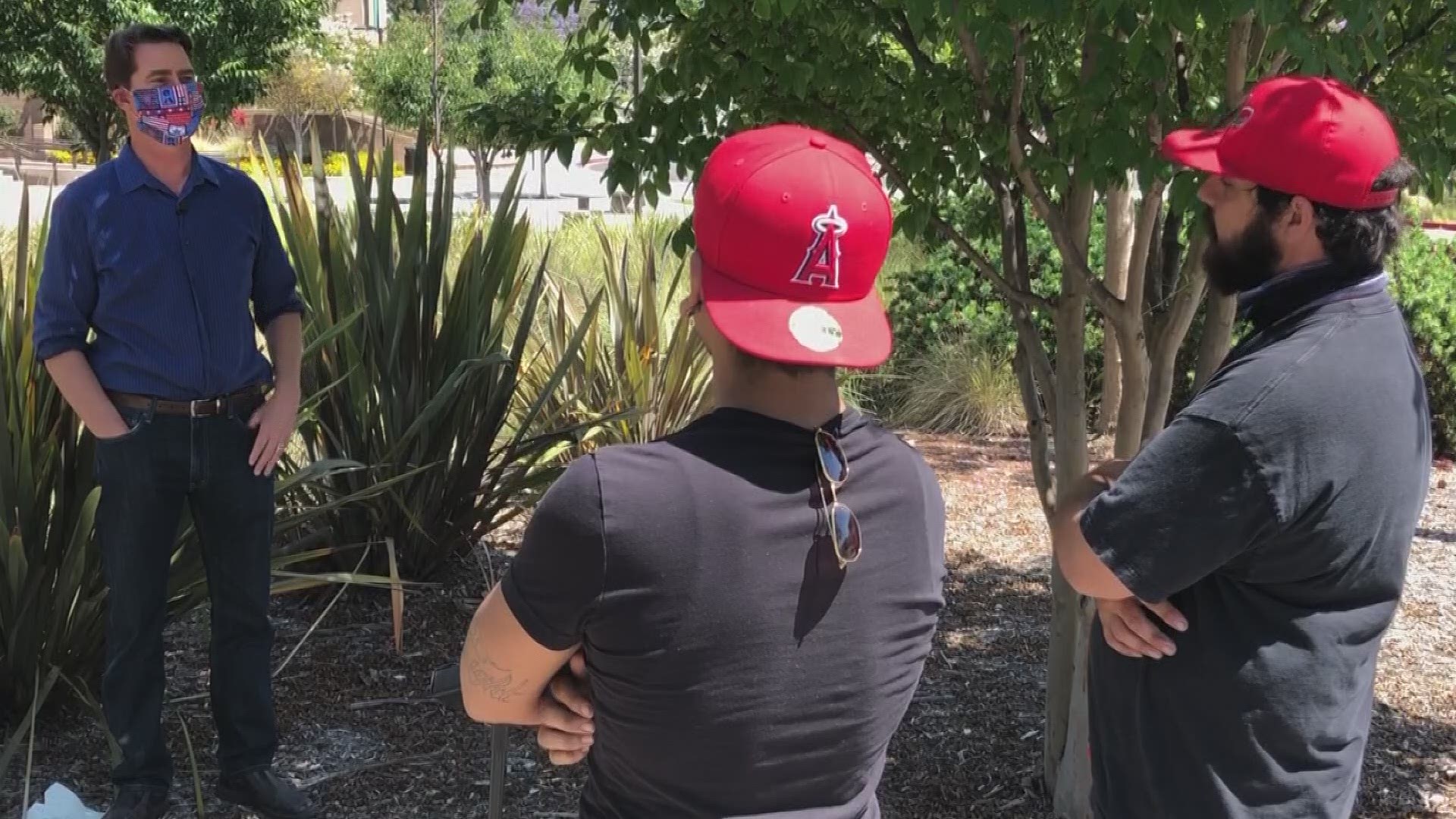 EL CAJON, Calif. — A few weeks ago when there was rioting in the East County, an El Cajon police officer responded to three accused men breaking the law. In this Zevely Zone, I went to El Cajon Police Department headquarters to show us how a friendship was born.

On June 2, in El Cajon's early morning hours, Daniel Peters, Gee Cabral and their friend Dre were caught by El Cajon police spray painting on property they didn't own.

"We were out putting up a message of peace and love, BLM," said Daniel Peters who is a 33-year-old husband and father. "We are not vandals we are artists," said Daniel.

His friend Gee Cabral added, "Well you know vandalizing the community that is not a right thing to do we definitely wanted to speak out but in the moment in the heat of the moment we found out that was the best way to lash out, we were angry about everything that is going on the world."

Sergeant Mike Murphy said it was around 2 a.m. when he got the call while out on patrol.

"We had gotten a radio call someone in the area saw some gentleman spray painting on the wall," said Sergeant Murphy who appreciated the artists honestly. They immediately admitted what they'd done.

"And when I saw the message that they were spray painting it wasn't one of hate it was one of peace and unity trying to bring everyone together which is what I want," said Sergeant Murphy.

Daniel Peters said when he first saw the police lights he thought:

"Oh shoot, this is not good let's just see what is going to happen."

Instead of being heavy-handed, Sergeant Murphy appreciated the respect he was shown and reciprocated by saying, "When I explained how the message is a good message but just done on the wrong spot they said hey they understood."

"We had suggested to him what if we come back and clean this up," said Daniel.

Together they met that same day and painted over the illegal art and thought what if that message could be moved to a legal location?

"Wow," I said when they revealed the artwork.

Daniel said he's white, Gee is Hispanic and Dre is African American.  Their message is for all races.

"Isn't this what people are talking about across the whole world is finding some sort of middle ground between people with a message and law enforcement?" I asked.

Gee told me, "Literally, that is literally what it is. Common ground."

The artwork is painted on an 8-by-8-foot plywood wall, but what it represents is stronger than oak. The men were wearing protective masks but couldn't resist a hug.

Instead of Sergeant Murphy, Daniel, Gee and Dre call their new friend Mike.

"Are you now friends?" I asked.

Sergeant Murphy told me, "I would say so I don't usually give out my personal cell phone out to many people  but they have my personal number now."

"It's proof that we can all stand together," said Gee.

El Cajon Police did not cite the three artists. They hope to move the art to a nearby church where it can be shared with the public.