A bike ride through Fallbrook leads to a story of heroism and "The Great Locomotive Chase". 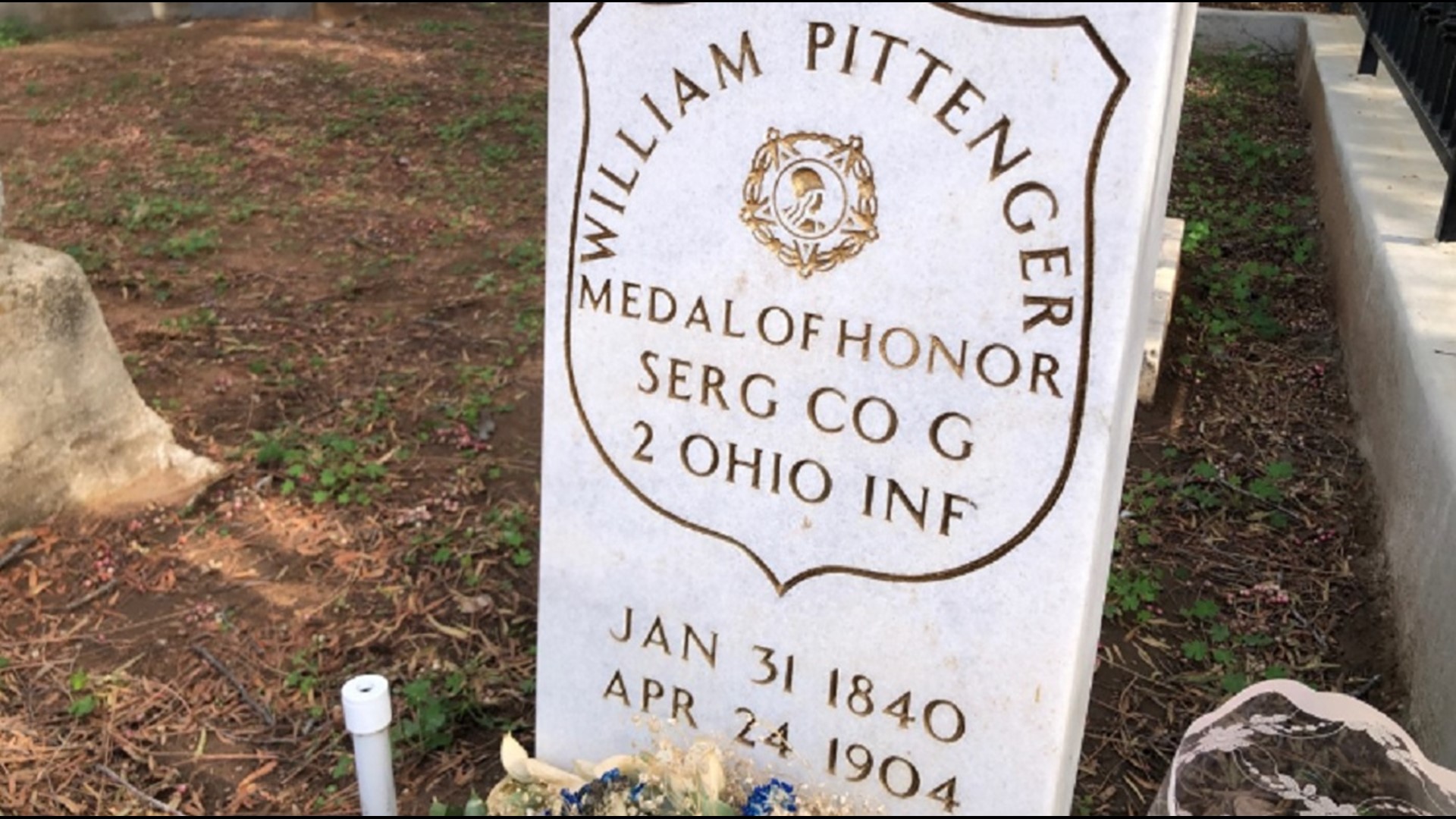 FALLBROOK, Calif. — Sometimes greatness can be right under your nose. In this Zevely Zone, I went to Fallbrook where an Army Veteran is honoring the grave of a Civil War hero.  "I was out for a bike ride," said Fallbrook resident Mark Goodwin. The Army Veteran was exploring his hometown when he happened upon an old cemetery called the Fallbrook Pioneer Odd Fellows Cemetery.

"I started looking around," said Mark. What was written on one headstone caught his eye. "The Medal of Honor winner and the date, I mean this is the Civil War," said Mark.

The 'Medal of Honor' is the highest and most prestigious military decoration. "I was blown away to find that he was the 5th person to receive the Medal of Honor," said Mark.

According to the headstone, William Pittenger was born on January 31, 1840 and died on April 24, 1904. Mark himself, served in the Army and decided to share his discovery on his Veteran's Facebook page. "It blew up, in less than three days I had close to 600 likes, thumbs up, hearts," said Mark. Veterans from across America researched Wikipedia and other cites to figure out just what William Pittenger and a small group of Union soldiers did back in 1862. "They stole a train from Georgia, they were the Union soldiers and they set bridges on fire and cut the communication lines to disrupt the Confederacy," said Mark.

The famous raid that occurred 200 miles into enemy territory was called the Great Locomotive Chase. "To steal a steam train locomotive. Can you imagine and taking that and setting bridges on fire?" asked Mark.

Pittenger was captured, escaped execution as a spy, then survived while rising in the ranks from private to lieutenant. William Pittenger isn't resting in peace alone; his wife Winnie is buried at his side. According to Wikipedia, the couple moved to Fallbrook with their six children in 1890 where Pittenger became an author and pastor before dying in 1904 at age 64.

"It's amazing, it's amazing to see history right here," said Mark. He served in the infantry too and feels a kinship to the soldier he never knew. "He was in the Second Ohio Regiment Infantry, so I could say a brotherhood," said Mark. "I'm enthusiastic to come up here and fix the grave up a little and put some American flags, you know to just show my respect."

RELATED: Honoring the passing one of America's first female Marines