At home with animal ambassador Joan Embery on the Pillsbury Ranch

San Diego's world-famous animal ambassador became famous on the Johnny Carson Show and has been dedicated to wildlife preservation since the 1970s. 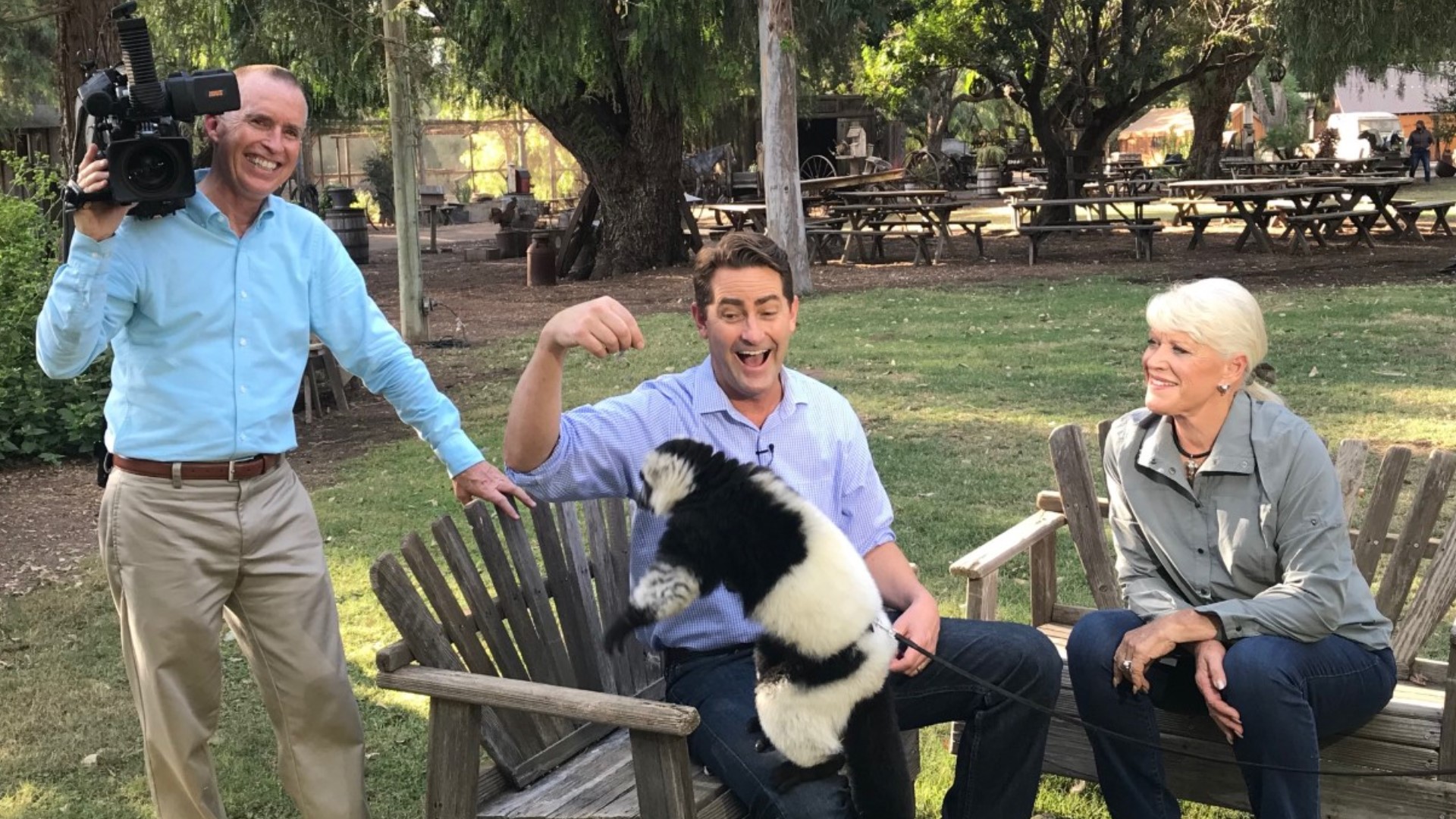 LAKESIDE, Calif. — When it comes to caring for animals in San Diego, no one has done it better than the world-famous animal ambassador Joan Embery. In this Zevely Zone, Jeff takes a trip down memory lane with Joan in Lakeside at the Pillsbury Ranch.

Few people in the world are as dedicated to the preservation of wildlife and the environment as Joan Embery. Since the 1970s, the public has watched Joan love her animals with an open heart and loving hands.

"I think when people see me handling animals, they think wouldn't that be fun, or wouldn't they like to have one?" said Joan in a story we pulled from our archives.

Born and raised in San Diego, Joan's appearances on the Johnny Carson show made her a world-famous animal ambassador.

"I was terrified," said Joan. "What it was like was taking your final exam in front of 50-million people."

For the majority of her life, Joan has worked with animals and championed the need for preservation and the protection of diminishing habitats. Millions of people around the world have enjoyed her public appearances on TV—often with amazing animals—and in person at countless nonprofit fundraisers.

Twenty years ago, when Joan made a big trip to the Big Apple, News 8 tagged along as her four-legged friends strolled the lobby of a four-star hotel. Joan fed her babies in a $2,000 per night suite on the 37th floor.

"It is an incredible amount of work. It takes a lot of dedication," said Joan.   The next morning, Joan was up early for the Early Show and a national television appearance. Joan featured four animals in five minutes.

Behind the scenes, every step of the way was her husband Duane Pillsbury. "Her work is something that is important and it's neat to be able to help," said Duane in 2000.

Duane and Joan established the Pillsbury Ranch in Lakeside where event rentals, horse boarding, and more are offered. Between spending time with her animals, riding, hosting events and leading travel excursions, Joan serves as President and Chairman of the Board of the Embery Institute for Wildlife Conservation, a nonprofit organization that supports specific conservation and research programs both in the United States and internationally.

Duane, who always took great joy in sharing the work but not the spotlight, passed away in September.

"My life changed forever," said Joan with tears in her eyes. "I'm trying to figure out now how do I carry on and keep everything because we worked as a team."

Joan is writing a book about San Diego's wildlife and environment. The publication promises to feature what Joan does best which is to bridge the gap between the world's animals and her neighbors back home. During my visit, Joan introduced me to a lemur, a porcupine, snake, Zebra and kangaroo.

"I've traveled all over the world and when I fly back in, I tell you when I am landing [that] I am going home. My heart is here," said Joan.

Embery has served as a champion of environmental, conservation and preservation issues around the world, most notably as a spokeswoman for the Zoological Society of San Diego. She has had the opportunity to express her passion for animals with a multitude of audiences from youth to veterinary students to corporate executives.  Her work has included hundreds of television shows as diverse as "The Tonight Show,"  "CBS This Morning," PBS programs, "Hollywood Squares," "Mr. Rogers," "Entertainment Tonight" and her own syndicated series "Animal Express and "Animals of Africa."

Joan's book will be released early next year, for more information visit her website.

Joan showed Jeff some of her animals on Pillsbury Ranch.  Watch the extended video here:

Jeff's full interview with Joan can be watched here: