Meet the Craft Beer "Woman of the Year"

Brewing beer is considered a male dominated industry but don't tell that to Megan Stone. 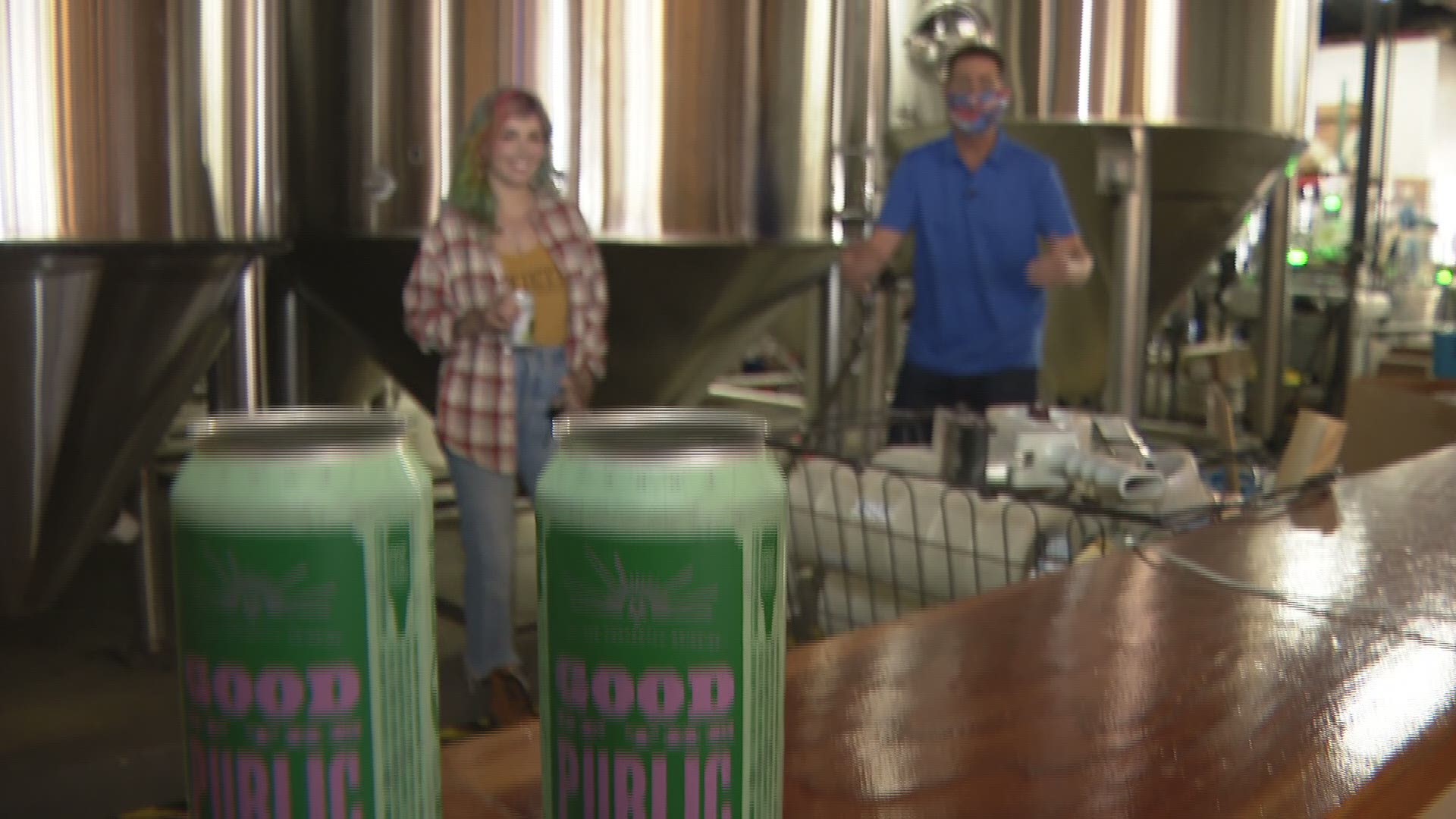 SAN DIEGO — The art of making beer has long been considered a male dominated industry but don't tell that to Megan Stone. In this Zevely Zone, I went to Kearny Mesa to meet the Craft Beer 'Woman of the Year'.

"So, the cans are coming down the line," said Megan Stone who we met at the Societe Brewing Company. Craft Beer Marketing Awards (CBMAS) announced Megan as the recipient of the first-ever 2020 'Woman of the Year' Award.

"My peers voted me 'Woman of the Year' because I put a lot of work into diversity, equity and inclusion," said Megan. As a member of the LGBTQ community, Megan says just like beer, people should be celebrated for their many varieties. "The craft beer world is a very straight, white, sex gendered male dominated space and in a lot of my experiences I've had a lot of information or harassment and honestly I don't want anyone else to go through that same sort of thing," said Megan.

The 29-year-old says at one job one her boss asked her if she was strong enough to lift anything and at another, "I had someone kind of corner me and threaten me and treat me as if I wasn't supposed to be there," said Megan.

But Megan kept on chugging and when you start from the bottom up in the beer business, co-workers like Jake Collins describe you with words like, "Passionate, hardworking, very conscientious and thoughtful," said Jake.

Respected far more for her brains than her beauty Megan has earned a reputation as a social media and marketing master.  She has 34,000 followers on Instagram. "I feel like with the hair and the tattoos, everybody sort of expects this wild and intense kind of person but I'm actually very shy," said Megan.

RELATED: San Diego Festival of Beer: Something new brewing in fight against cancer

"Are you a beer drinker?" I asked. Megan told me, "I love beer." And not just drinking it, but making it, marketing it, and using it to give the industry a new image. "People have sort of a bearded white guy with a beer belly sort of of what production looks like," said Megan. I told her, "That could be your next look".  Megan laughed and said, "I'm working on it."

RELATED: Tivoli Bar and Grill: Dive right in to one of San Diego's old favorites

Labels may belong on beer but not on Megan Stone.

"This is a great honor. The craft beer industry is built by amazing, passionate people, and fueled by their diverse communities," Megan said. "I seize every opportunity that I can to talk about beer, but also discuss DEI, and the ways we can celebrate diversity, equality, and inclusion for a beautiful, stronger humanity."

The Craft Beer Marketing Awards recognize 34 beer-marketing categories. This year, CBMAs have extended to judging hard seltzer, cider, and mead. New categories have been added and the awards competition now includes entries from all over the world. Entries are now being accepted for judging by over 330 industry professionals.