The new platform is called "Uber for musicians" sends you a custom song with your lyrics. 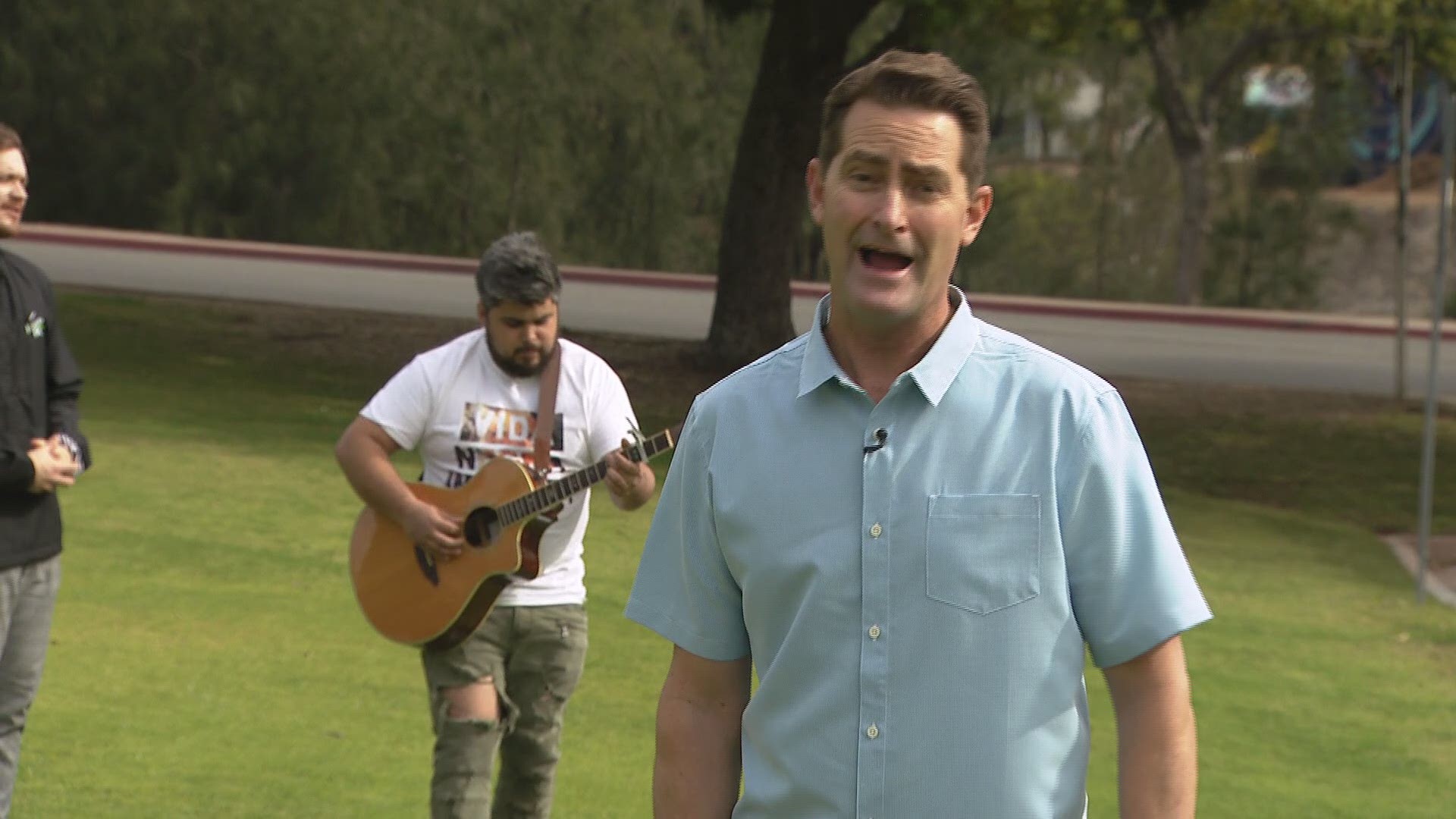 SAN DIEGO — Some people can sing and for those who can't, there's a new affordable way to send someone you love a custom-made song. In this Zevely Zone, I went to Balboa Park to have someone else sing my heart out.

With just about every musician facing financial ruin due to COVID, many are turning to a new marketplace called Songlorious where they can make money by writing and performing customized songs based on consumer requests. It’s known as the “Uber for musicians”.

Put it this way, the next time you want to express yourself to someone you love, you can hire professional musicians from Songlorious to bring your song to life.

"I saw it as a good way to make money and living out of music," said the singer-songwriter Rodrigo Barba.

He joined Songlorious three months ago and since then he's produced 15 songs for love birds all across America. I asked him how much people pay for a song.

I was stunned by the affordability.

Customers simply submit details for their song, choose a musical genre, the length of the song and a certified musician sends back a custom song in four days-time. Requests range from short 15-second birthday greeting jingles to 5-minute anniversary love songs.

For this interview, I brought my guitar and a song I wrote for my wife. "Where were you guys when I wrote this song for my wife and muddled through it?" I asked Rodrigo and his fellow musicians.

In 2002, I surprised my then-girlfriend Heather with a trip to Catalina on her birthday.  From a cliff overlooking the ocean, I sang her a song I named "Heather".  The first line of the song goes like this:

"It took so very long, to compose my first ever song. But then along she came, and Heather was her name."

RELATED: Jason Mraz in tune with nature on sustainable farm

I then proposed and was blessed to hear these words in return.

"I can't even believe it, it's so pretty but more importantly I'm the luckiest girl in the world," said Heather at the time.

I found a home video of the moment which I included in my Zevely Zone video report.

I've often thought about singing my Heather song again for our 20th Anniversary, which is why I brought my guitar to interview Rodrigo.  I tried to sing the song again but choked it and fell woefully short of my expectations for the song. I am not a musician but if you watch the story, you'll see that my singing skills have grown even worse in the past 19 years.

This is when Songlorious stepped in.  I handed the song to Rodrigo Barba, Jeremiah Galaviz and Geovani Lopez. Within seconds, Rodrigo, Jeremiah, and Geovani turned my song into what I always dreamed it to be. It was simply incredible! In fact, hearing them perform my "Heather Song" so well I count my lucky stars that Heather ever said yes to my proposal in the first place.

If you are as impressed with the musicians as I am you can find them with the following information:

Rodrigo Barba's band is called the Roi Bars Band.  His handle is @RodrigoBars.

Jeremiah Galaviz' band is called Zoco.  His handle is @zoco.official.

Geovani Lopez' band is Getaway95.  His handle is @Getaway95.

In November alone, the platform Songlorious put $15,000 in artists’ pockets. For a link to their website click here.