Manny is a 9-month-old English Bulldog puppy with a bark that's bigger than his bite. 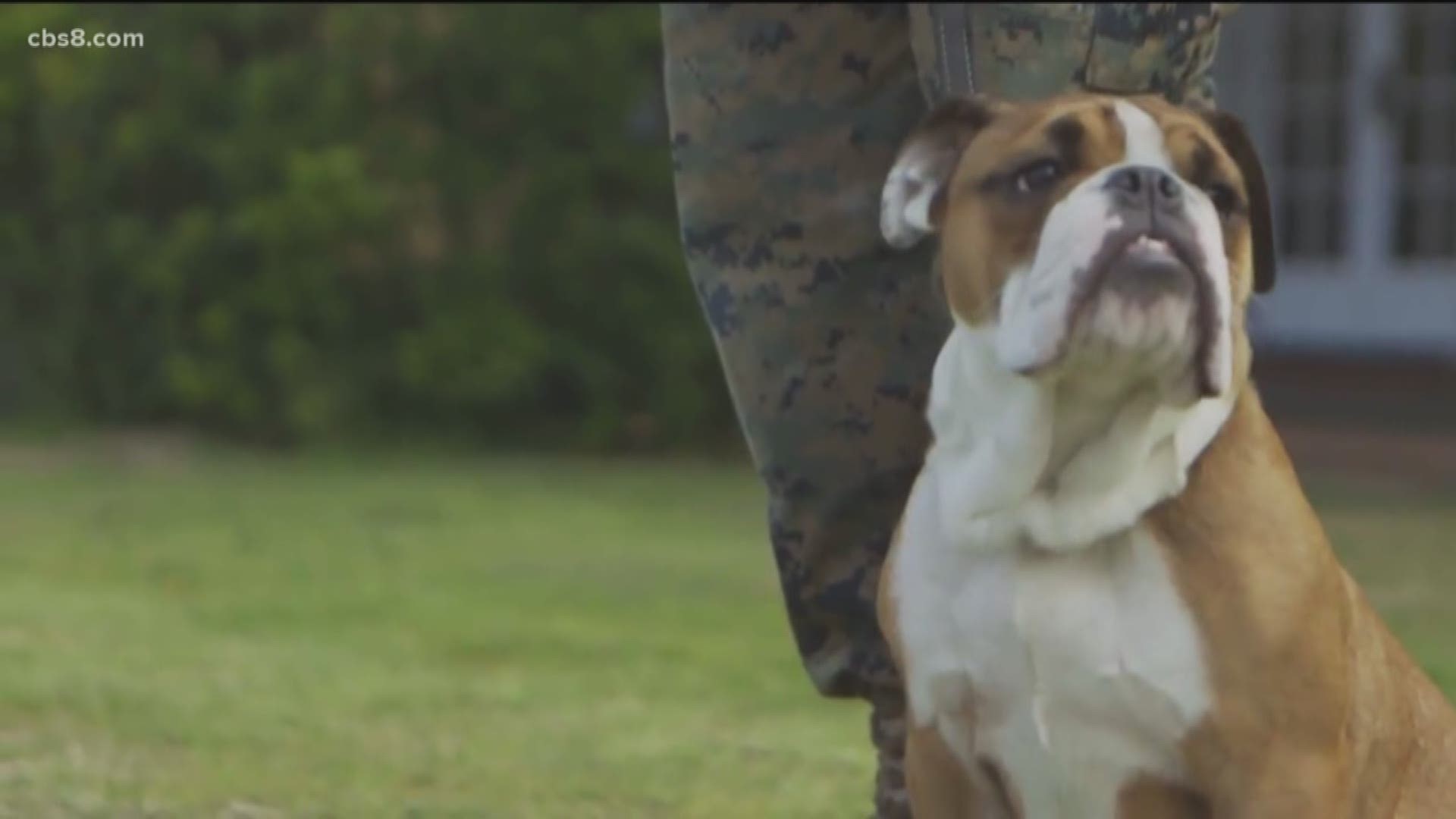 SAN DIEGO — It's time for San Diego to meet Manny, the new Marine mascot at the Marine Corps Recruit Depot.

Manny is a 9-month-old English Bulldog puppy with a bark that's bigger than his bite.

"He looks like a lover not a fighter," said Jeff Zevely from the Zevely Zone.

"Oh, yes, he will attack you with kisses," said his handler Corporal Garcia.

A few months ago, we broke the news that after five years of service, Smedley, the last Marine mascot San Diego fell in love with, was retiring. On May 24, when Smedley steps down, it'll be Manny's turn to lead with his tongue.

"Oh, oh, how long will this go on go on for?" Jeff asked as Manny attacked his face with kisses.

"As long as you will allow it," laughs Corporal Garcia.

Manny is one love bug of a bulldog.

"Will you let me take him home?" Jeff asked while still getting nibbled by the adorable puppy.

You can meet Manny and his fellow Marines, Saturday May 11, at the 18th annual Boot Camp Challenge. Sixty drill instructors will yell at you as you navigate a 4.6-mile obstacle course.

We can guarantee you one thing, you'll be gasping for air whether it's on the obstacle course or meeting Manny.

They say love conquers all and I'm pretty sure the U.S. military just discovered its greatest weapon.